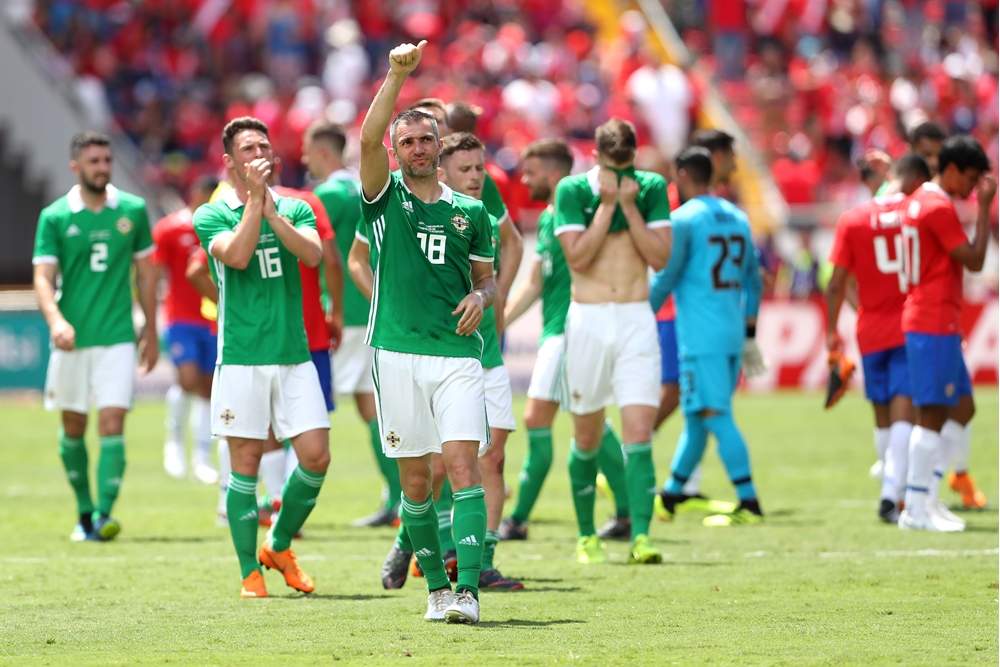 Former team-mates – both at international and club level – have paid tribute to Aaron Hughes who officially announced his retirement from football yesterday.

The 39-year-old made 112 appearances for Northern Ireland over a 21-year period and captained his country on 48 occasions.

He also played for some of the biggest sides in England, including Newcastle United, Fulham, Aston Villa, Queens Park Rangers and Brighton.

When Hughes announced he was calling time on his career a string of ex and current players and were quick to sing his praises on social media.

Stephen Craigan, who played alongside Hughes for Northern Ireland wrote: “What a guy first and foremost and what a player. One of the best I played with and roomed with. If young players want to know how to be the best professional they can, follow this leader’s example. Players come and go but legends live forever.”

Current Northern Ireland captain Steven Davis tweeted: “Going to be a huge miss around the place, been a pleasure to share the pitch and dressing room with you. Brilliant career and example for us all. Happy retirement, mate.”

Rob Lee, another team-mate of Hughes’ at St James’ Park, said: “Good luck to Aaron Hughes on his retirement. Started with me at the Toon and finished with my son at Hearts! Wow! That’s a long, long career.”

International team-mate Niall McGinn also took to Twitter when the news broke: “Living legend. Big honour to have shared a dressing room with you mate. All the best in the future for what lies ahead.”

Former Newcastle stopper Steve Harper, who is now Northern Ireland’s goalkeeper wrote: “Having known Aaron Hughes for nearly 25 years it was an honour to be present to witness his typically classy speech to all of the Northern Ireland players and staff to announce his retirement from the game after an amazing career. A six-point trip rounded off in fine style. #GAWA.”

Paddy McCourt, who played with Hughes at Brighton and for Northern Ireland added: “Without doubt the best professional I encountered during my football career. I was fortunate enough to play alongside Aaron at Brighton and we also spent many years together with Northern Ireland. A true gentleman and brilliant player. Enjoy your rest, mate.”

Northern Ireland Under 21 star Bobby Burns, who played with Hughes at Hearts last season as he set out on a career in professional football, tweeted: “An outstanding player and an even better guy. Thanks for everything Aaron and best of luck in your retirement.”