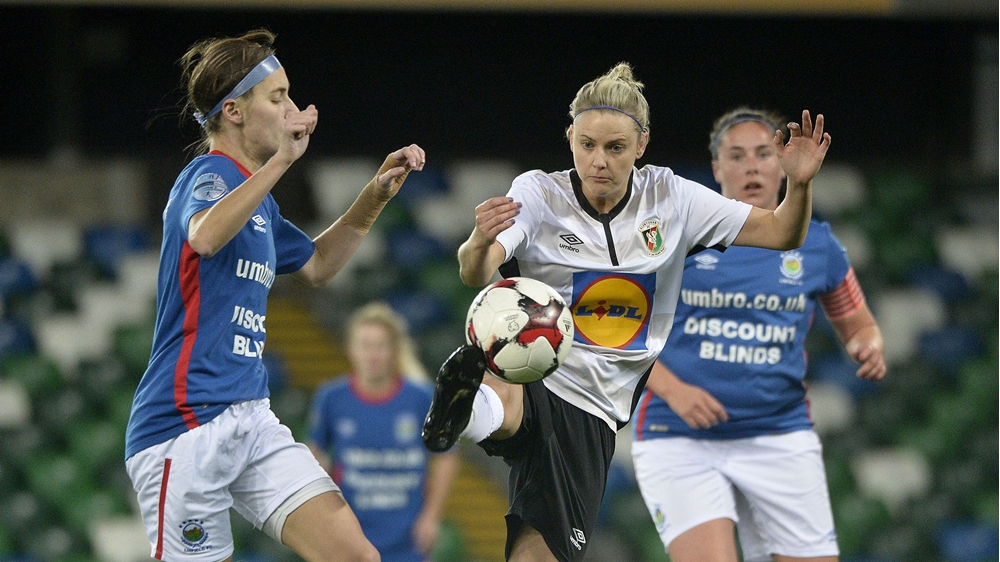 The Northern Ireland senior women’s futsal team will be in action twice in Belfast this weekend.

The first game against the team who claimed the league and cup double in England is due to be staged at Shankill Leisure Centre on Saturday (1pm start), with the second taking place at the same venue the following day (2.30pm start).

Northern Ireland captain Nadene Caldwell said: “This is a great opportunity for us to get the squad on the court against quality opposition. Manchester have just completed the league and cup double and of course have our own Alice Harkness in nets for them.

“We are really looking forward to two competitive games and hope to get a good number of the GAWA coming along to support.”

Senior futsal women’s team manager Keith Gibson said: “I am really looking forward to this next stage in our development.

“It is a chance to get a look at a few new players in the squad, with Laura Devine and Kirsty McCaughtery getting a chance between the posts and Sarah McKillen and Shannon Dunne making their debuts as well.

“Following on from our two wins in Gibraltar back in April we will be looking to build on that as we prepare for the Euros next year.”