Shiels runs eye over women's squad ahead of Euro qualifiers 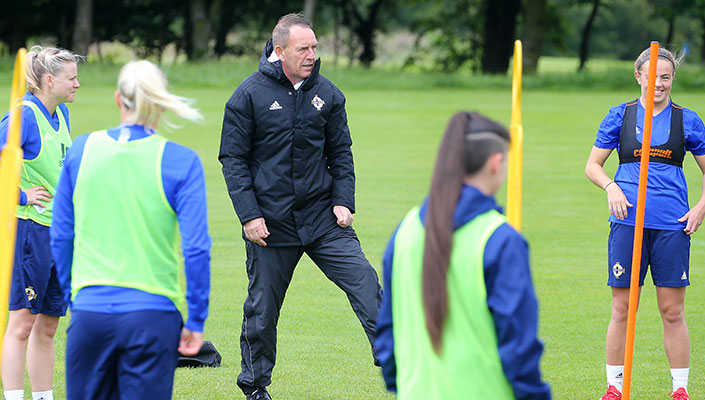 New senior women's manager Kenny Shiels has held his first training camp since being appointed to the role.

Shiels will begin his reign as manager in a UEFA Women's Euro qualifier at home to Norway on 30 August and he believes the camp - it was staged over the past four days - has been a vital part of the preparations for that game.

He said: "This has been a very productive camp. The players have been receptive to what we want to do.

"We want to build relationships which are paramount to any dynamic, but especially a team dynamic, and we have built that relationship already and I'm comfortable around the players. I feel I am being well received."

To hear more from Kenny Shiels watch the video above.