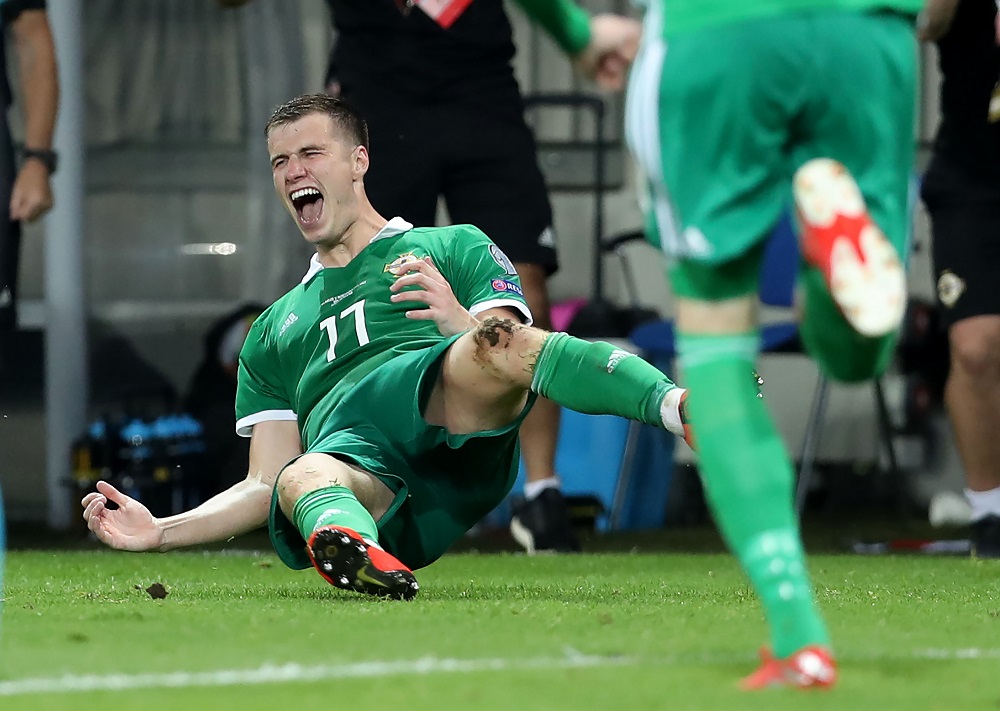 The Ballyclare man tucked away a right-footed effort from the left side of the box after combining in a one-two with Jamal Lewis to smash the ball past keeper Aleksandr Gutor.

It leaves Michael O'Neill's men top of Group C with 12 points from four games, ahead of Germany (8-0 victors over Estonia tonight) on nine from three going into the second half of the campaign.

But it was largely a first half of few chances. Indeed, the hosts perhaps enjoyed the best of what was created with Denis Polyakov's dangerous free-kick headed behind by Corry Evans while another Polyakov effort curled close to an upright, although Bailey Peacock-Farrell perhaps had the ball covered anyway.

As with the first half, Northern Ireland made a promising start to the second period.

A Jordan Jones cross caused confusion in the home box before the ball was scrambled clear then Washington tested Gutor with a right-foot effort from outside the area.

At the other end substitute Stuart Dallas did well to clear a threatening free-kick before Denis Laptev was crowded out as he attempted a shot on goal.

However, just as it looked like the game would end in stalemate, up popped McNair to bag his first senior international goal and, with it, the three points.