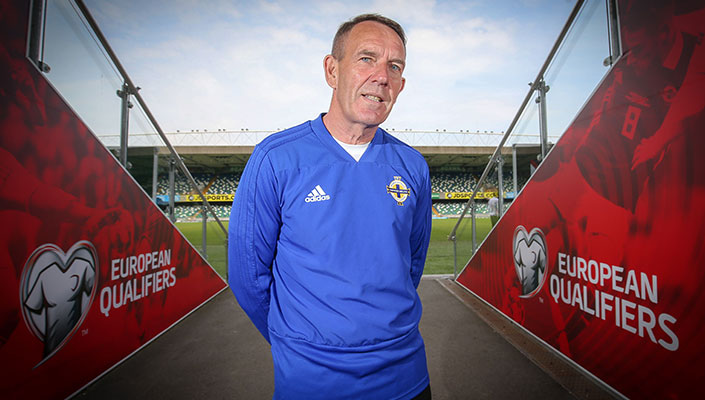 Manager Kenny Shiels has selected his first senior women's squad as they meet for a training camp before the start of their Euro 2021 qualifying campaign.

There are returns to the international squad for Nadene Caldwell and Lauren Brennan as well as a chance for younger players such as Kelsie Burrows, Toni-Leigh Finnegan and Caitlin McGuinness to impress the new manager.

The players will meet on Friday for the camp which will be the first time they've been together since their impressive performance at the Women's Gold Cup in Turkey back in March where they finished third with three wins out of four games.

They begin their Euro 2021 qualifiers at home to Norway on Friday 30 August followed by an away trip to Newport to face Wales on Tuesday 3 September.

They are followed by a reverse of those fixtures with a trip to Norway on Friday 8 November before facing Wales at home on Tuesday 12 November to finish their fixtures in 2019.

They then begin their 2020 qualifying fixtures by facing Belarus on 14 April away before welcoming them to Northern Ireland on Friday 5 June.

And, finally, they face the Faroe Islands at home on Tuesday 9 June before the reverse fixture finishes their qualifying campaign on Friday 18 September.