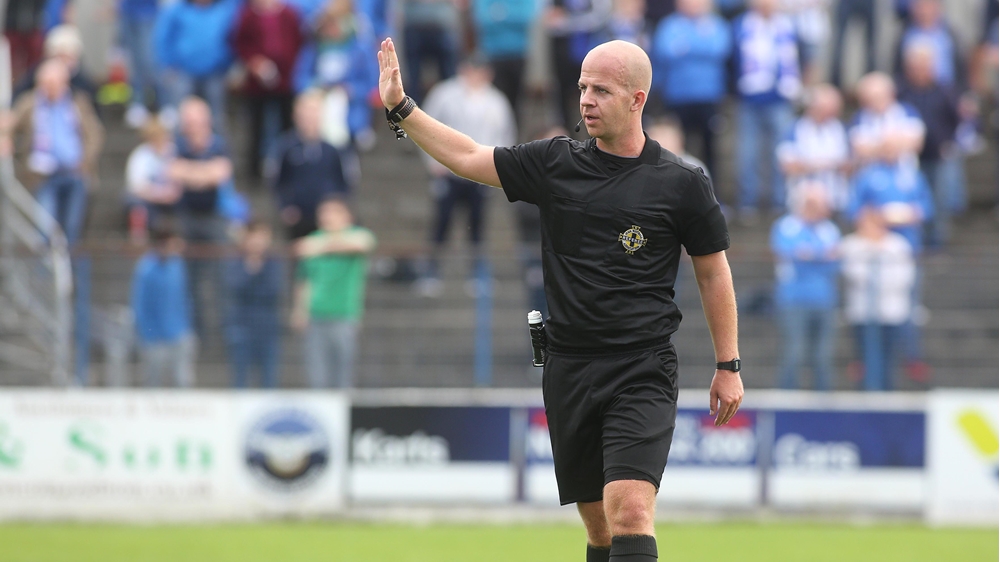 He has also spoken publicly about his own challenges with mental health. A Belfast Telegraph interview in October prompted a huge response from the Northern Ireland football family with more than 60 people contacting him to say thanks or to ask advice.

Lee says: “The award came as a huge surprise. It is not something that I expected, but it is really nice recognition for the work that I do. It also keeps the issue of positive mental health in the public spotlight.

“Lots of people got in touch following the newspaper article and it was great to hear that it encouraged some people to get counselling for the first time."

He added: “The award has motivated me to take the work that I do in this area to the next level. Mental health is a massive issue in sport and in society generally. I want to continue to make a positive difference.”

‘Stay Onside’ is delivered in partnership with the police service, probation service, youth justice agency, prison service and NIACRO. It uses football to divert and deter young people away from offending. The programme is delivered in both custodial setting such as Maghaberry, Hydebank, Magilligan and Knockbracken, as well as in community settings.

Participants take part in a six-week programme, which runs close to their release from prison, and complete workshops in football-related subjects such as coaching, the laws of the game as well as mental health.

Lee was born in Stoke and moved to Northern Ireland in 2007. As well as his job with the Irish FA Foundation’s ‘Stay Onside’ programme he is also a well-respected Irish League referee.