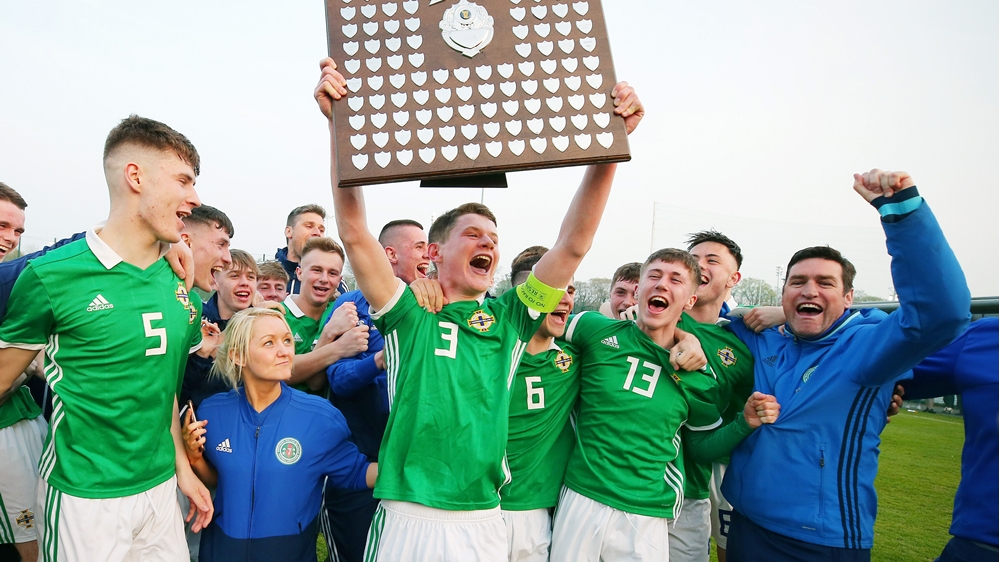 The Northern Ireland Under-18 Schoolboys team are this year’s Centenary Shield champions.

Frankie Wilson’s team secured the trophy thanks to a hard-fought 3-1 victory against Republic of Ireland Schoolboys in Belfast on Thursday evening (18 April).

The result meant Northern Ireland finished their campaign for the Schools Association Football International Board (SAFIB) Centenary Shield with three wins (against ROI, Wales and Scotland) and a draw (v England).

Two goals from striker Callum Ferris and another from attacking midfielder Andrew Whiteside were enough to see off a lively Republic side at Queen’s University Belfast’s Dub complex.

Early on midfielder Sam Robb had a snapshot saved by Republic keeper David Odumosu, while Northern Ireland defender Ruari O’Hare had a goalbound header scooped out close to the goal-line by a Republic defender.

Down the other end U18 Schoolboys keeper Ruadhan McKenna did well to stop a drive from Donal Higgins before Northern Ireland midfielder Jake Corbett’s rasping shot from 25 yards was pushed around the post by Odumosu.

The visitors then enjoyed a sustained period of pressure which saw Jack Doherty shoot over the top when well placed, McKenna pushing an Adam Lynch blaster over the bar, Colin Kelly hitting the woodwork and Brandon Bermingham’s effort going inches wide.

Northern Ireland managed to weather the storm, however, and they took the lead on 36 minutes when Ferris flicked the ball on to Whiteside and he lobbed the ball over the advancing keeper before collecting it again and coolly slotting it home. It was a lovely finish.

Just over a minute later it was 2-0 to Wilson’s side. This time Ryan Carmichael darted down the left wing before delivering a fine cross into the area. Ferris rose well to head the ball towards goal. Odumosu saved his initial effort but Ferris was on hand to slam in the rebound.

Moments after the restart O’Hare headed over the top from a corner, while McKenna produced a good stop from a Higgins piledriver and then Whiteside had a strike comfortably saved by Odumosu.

Republic sub Ross Tierney looked lively following his introduction at half-time and he proved to be a handful. On 60 minutes Tierney jinked his way past a couple of defenders along the by-line and somehow managed to squeeze the ball past McKenna to make it 2-1.

The visitors then had three efforts in quick succession. Bermingham drilled an effort over the top before Tierney had two shots which both cleared the bar.

Northern Ireland knuckled down again and substitute Trai Hume forced a fine stop from Odumosu minutes before the winning goal was netted. The winner came in the 71stminute. Malachy Smith pinged a free-kick into the area which Lewis McGarvey flicked towards Ferris and he emphatically blasted the ball into the top corner.

Liam Hassin later had a goal ruled out because the ball went out of play in the build-up and right at the death he headed the ball straight at the keeper from six yards, however Northern Ireland had done enough to secure the glittering prize.

In pictures: Fifth round 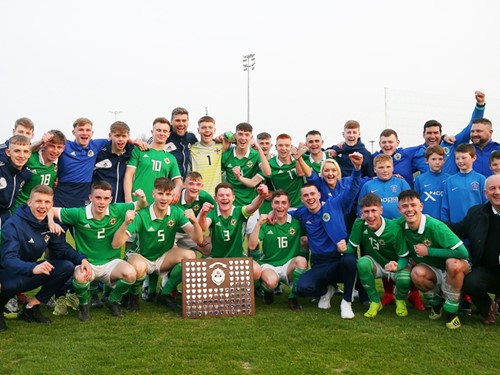 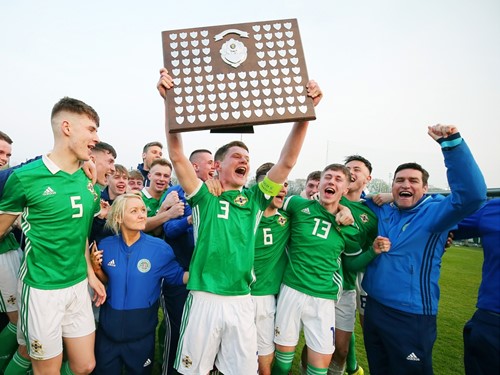 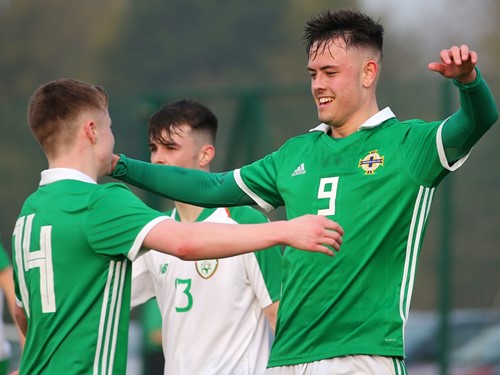 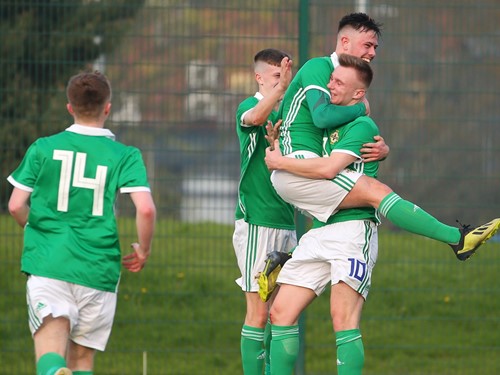 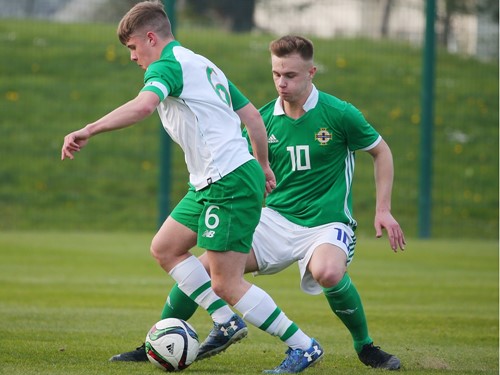 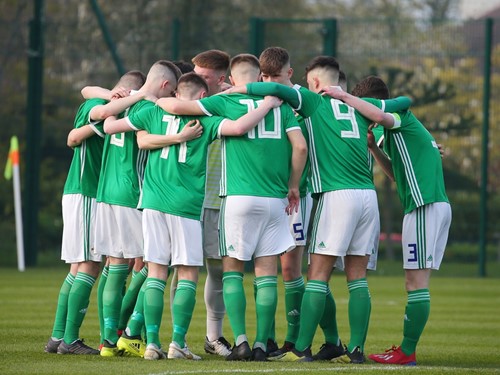 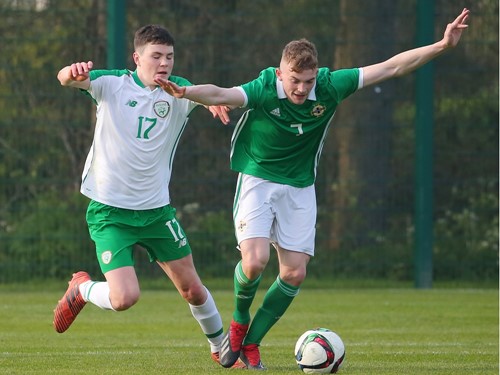 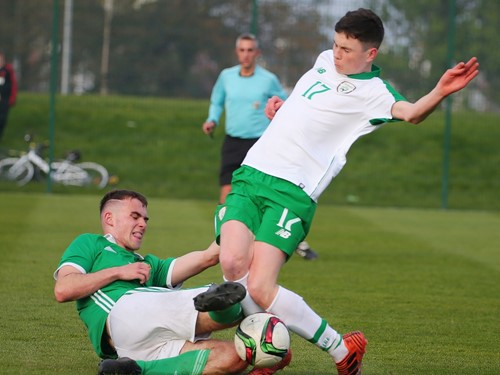 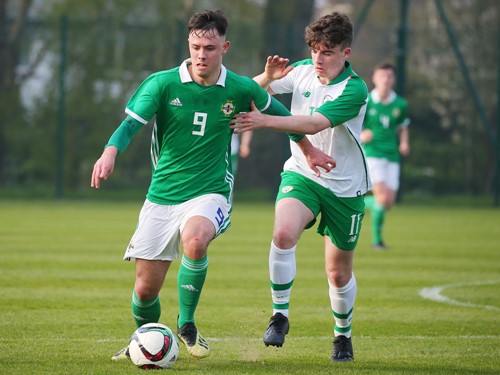 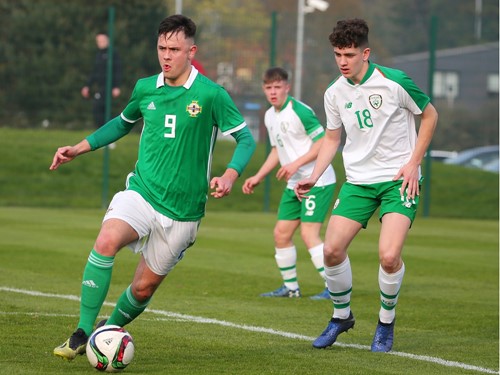 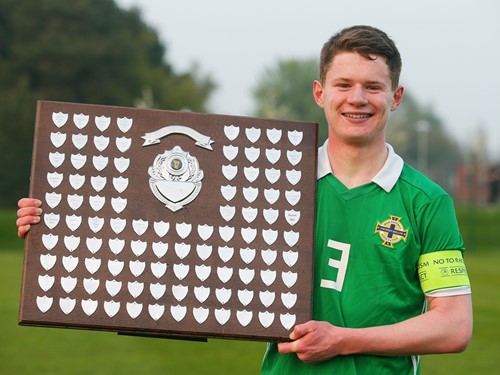 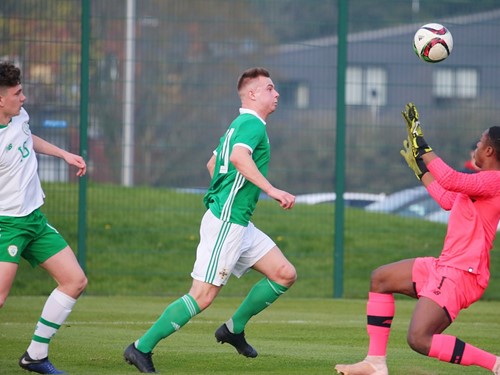