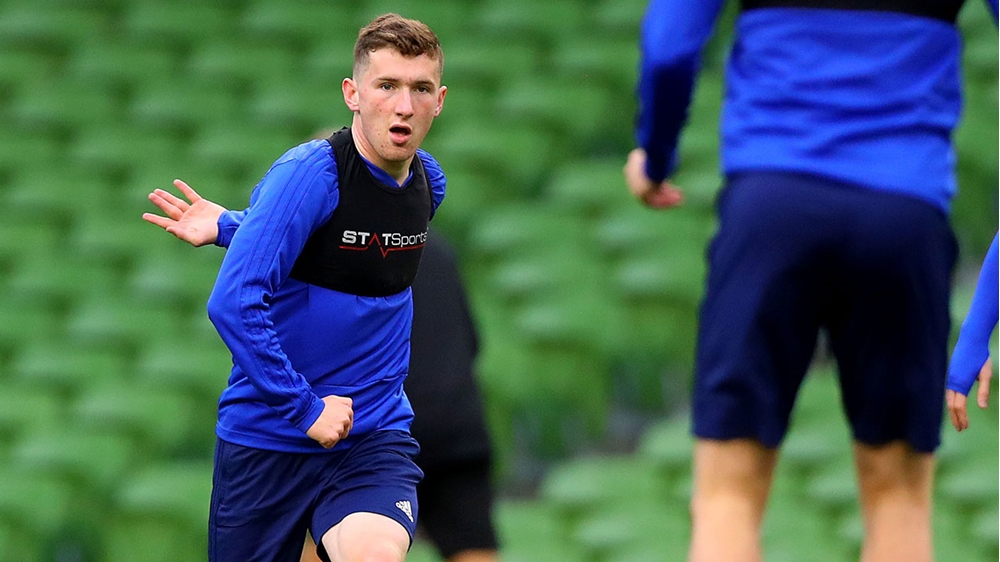 Michael Smith and Bobby Burns are in line for a Scottish Cup Final appearance against Celtic next month after they helped Hearts overcome Inverness Caledonian Thistle in the semi-final at Hampden Park at the weekend.

The Edinburgh outfit defeated the Championship side, who had former Coleraine winger Darren McCauley in their squad, 3-0 to set up a May showdown with Neil Lennon’s treble-chasing Celtic.

Nineteen-year-old Bobby Burns, who was given his second successive start for Craig Levein’s charges on Saturday, is now relishing the prospect of being involved in yet another big game.

Speaking exclusively to irishfa.com Burns said: "Celtic will obviously be a tough game but it will be a great occasion and I am going to try and just enjoy it and give it my best and see where it takes us.

“Having beaten them already this season we will certainly go in with belief that we can win the game.

“I found out on Friday I was starting at training and was obviously very excited,” he added, “I’ve had to be patient for my chance since coming back from loan and getting over an injury to my groin, but it’s all worth it when you’re playing in these big games.

“The Edinburgh derby last week and then the semi-final this week were both terrific atmospheres and I’m delighted for the fans that they will get another big day out.”

However in the other semi-final winger Niall McGinn was absent from the Aberdeen team that lost 3-0 to Celtic after he was ruled out for up to three months with ankle ligament damage.

“We got the worst news yesterday,” Aberdeen boss Derek McInnes told the BBC, “We were about 90 seconds away from naming the team and going through all our work and Niall just really innocuously twisted his ankle.

“Unfortunately for us, we knew it was serious right away. He snapped his ligament and he’ll be out for two or three months.”

On the goalscoring front, Liam Boyce made it three in four games for Burton Albion with an audacious chip to seal a 3-0 win for Nigel Clough’s men at Scunthorpe United in League One.

Elsewhere in the division, Will Grigg was among the goalscorers as Sunderland’s promotion hopes received a blow after they lost a crazy game 5-4 to Coventry City at the Stadium of Light.

Former Northern Ireland under-21 international Cameron McGeehan scored his sixth goal of the season as Barnsley moved above the Black Cats into second spot with a 4-2 home success over Fleetwood Town.

In League Two, Lincoln City confirmed their promotion after a Shay McCartan goal earned them a point at home to Cheltenham Town.

Meanwhile in the Championship, Shane Ferguson and Conor McLaughlin both started Millwall’s impressive draw at promotion hopefuls Sheffield United, who as usual had Ollie Norwood in the heart of their midfield.

It was McLaughlin’s first appearance in a Millwall shirt in four-and-a-half months with manager Neil Harris explaining why he substituted the right-back just before the hour mark.

“It was a big ask for Conor coming back in when he hasn’t played a lot of football in the last four months,” said Harris, “and I was really pleased with his contribution. I took him off just because we needed to readjust our shape.”