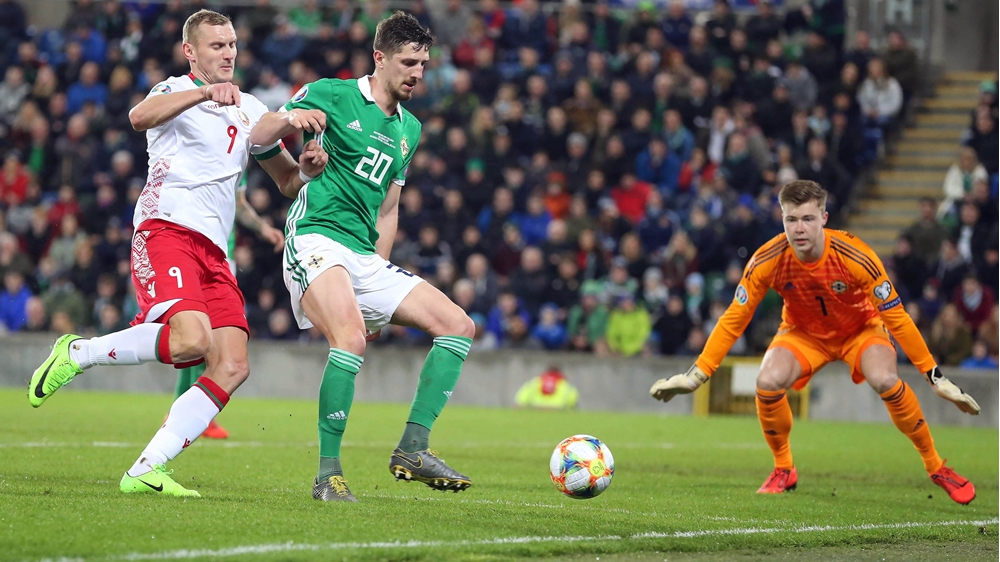 It's a big weekend for Northern Ireland defender Craig Cathcart as Watford face Wolves in the semi-final of the FA Cup at Wembley on Sunday.

The Hornets will be seeking to make it through to only their second ever FA Cup Final and their first since 1984 where they lost 2-0 to Howard Kendall’s Everton.

If Watford and Cathcart are successful, the 30-year-old could become the first Northern Ireland born player to participate in an FA Cup decider since Roy Carroll who was in the Manchester United side that lost on penalties to Chelsea in the 2005 final.

Back in the Premier League, Jonny Evans is expected to be in the Leicester City side that will be out to continue their resurgence under Brendan Rodgers by chalking up a fourth straight victory.

With just seven games remaining Norwich City will be seeking to cement their position at the top of the Championship with a home victory over managerless QPR who sacked Steve McLaren during the week.

Jamal Lewis will take his expected place at left-back for the Canaries, but goalkeeper Michael McGovern, who signed a new two-year extension to his contract yesterday, will again be on the bench.

Second-placed Leeds United, who are five points behind Daniel Farke’s outfit, travel to Birmingham City on Saturday with Kiko Casilla due to return in goal in place of Bailey Peacock Farrell following the completion of his one-game suspension.

Ollie Norwood’s Sheffield United, who were surprisingly beaten at home by Bristol City last week, face another tough encounter at Preston North End who have won three of their last four league games.

Striker Conor Washington should be named in the 18-man squad after recovering from his hamstring problems.

Meanwhile, George Saville and Paddy McNair will be hoping to be in the Middlesbrough squad that will be seeking to get their play-off ambitions back on track after five successive league defeats.

Midfielder Saville started for Tony Pulis’ side in their defeat at home to Bristol City in midweek but McNair was missing from the 18-man panel.

Shane Ferguson again misses Millwall’s home game with West Brom due to suspension, but striker Josh Magennis should be in the Bolton Wanderers starting line-up as they look to make it back-to-back wins when they play host to fellow strugglers Ipswich Town.

In League One, Sunderland duo Tom Flanagan and Will Grigg will make the trip to relegation-threatened Rochdale seeking to extend their unbeaten league run to 18 matches.

Oxford United welcome back Gavin Whyte, who has recovered from a thigh strain, for the trip to Walsall while Liam Boyce's Burton Albion face a difficult encounter when they play host to second-placed Barnsley.

Boss of the League Two side, Mickey Mellon said: “He has got a cruciate knee ligament injury so his season is over which is really unfortunate for him and for us as a group."

In Scotland, Steven Davis will be looking to build on his man-of-the-match performance against Hearts on Wednesday night when Rangers take on Stephen Robinson's Motherwell.

Finally, Aberdeen winger Niall McGinn will be looking to continue his fine form in front of goal when his side go to bottom-placed Dundee this Saturday.

“The last couple of weeks have been great for me,” admitted the former Dungannon Swifts’ player, “scoring goals and going away with Northern Ireland and scoring there as well.

“My fitness has been good and I’ve been feeling sharp in training. The games are coming thick and fast and it’s all about looking after the body.