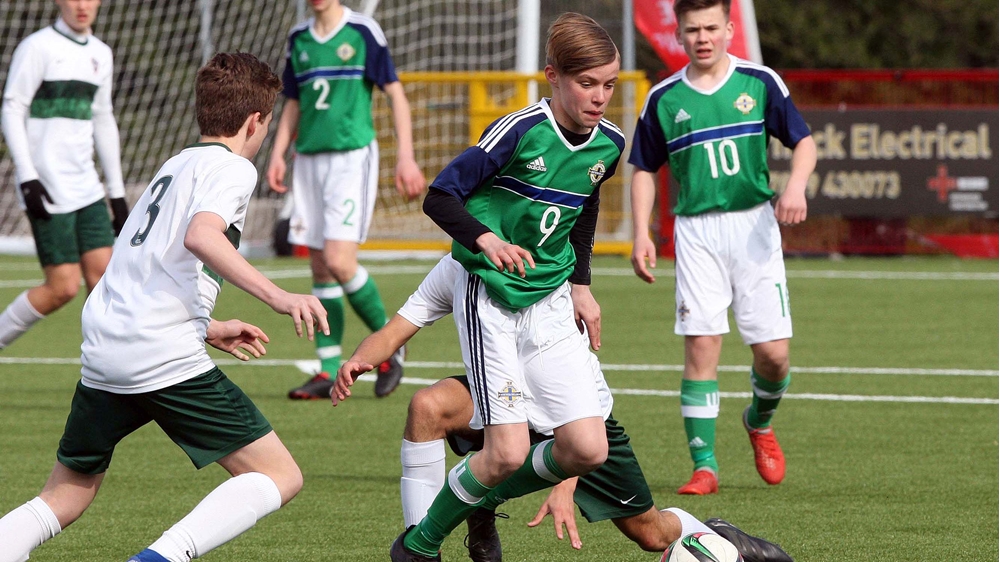 JD Club NI’s 2005 players are heading to London over the Easter weekend – and they will be facing some top quality opposition.

The Under-14 team from the Irish FA’s elite development programme, who are coached by Michael McClean, are set to compete in the annual West Ham United U14 Football Cup at West Ham’s academy in Romford.

They will play five games - each lasting 40 minutes - in the tournament on Saturday and Sunday (20 and 21 April).

For the trip to London head coach McClean has made six changes from the 18-strong panel which defeated a US Youth Soccer U14 team 1-0 in Larne at the weekend.

Last year the JD Club NI 2004s narrowly missed out on being overall winners of the inaugural West Ham United Cup after winning four out of their five games.