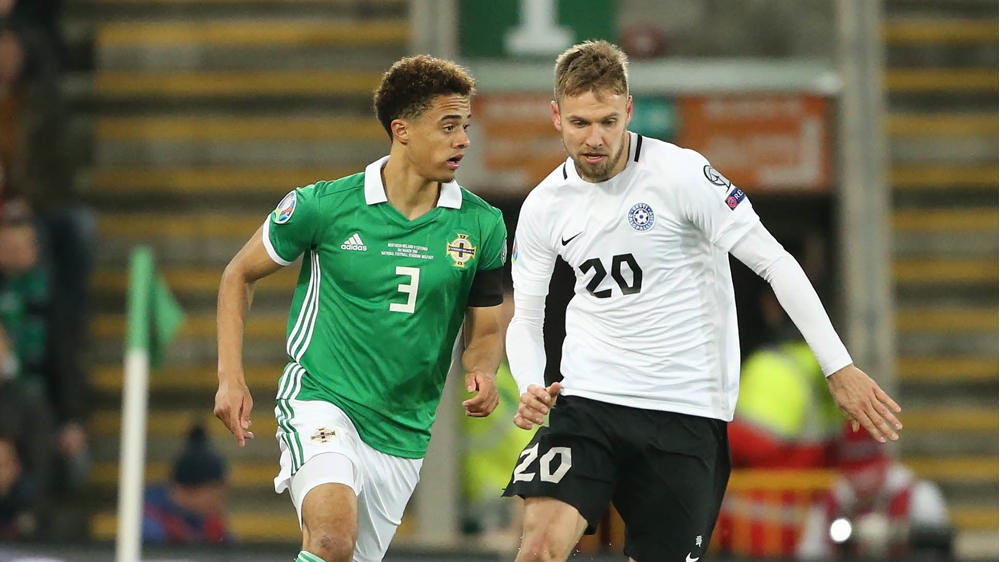 Jamal Lewis could well be celebrating promotion to the Premier League if Norwich City manage to collect maximum points from their two fixtures over the Easter period.

First up for the 21-year-old, and back-up keeper Michael McGovern, is a home encounter with Sheffield Wednesday on Good Friday followed by a trip to Stoke City on Easter Monday.

Elsewhere in the Championship midfielder Stuart Dallas and goalkeeper Bailey Peacock-Farrell, are likely to take their usual places on the substitute’s bench as Leeds United, who presently occupy second place in the table face relegation-threatened Wigan Athletic at home followed by a trip to mid-table Brentford.

After dropping two points at home to Millwall last week Ollie Norwood’s Sheffield United will be keen to get their promotion push back on track with a home encounter to Nottingham Forest on Good Friday and a trip to Hull City three days later.

The Blades will be without top scorer Billy Sharp for both games which could open the door for a return to first-team action for Northern Ireland striker Conor Washington who is without a start for the club since January 6.

Middlesbrough, who are just one point off a play-off spot, also have injury concerns over defenders Dael Fry and David Ayala.  This could entice Boro boss Tony Pulis to recall Paddy McNair who hasn't featured in the starting line-up for a considerable period of time.

Bolton frontman Josh Magennis, who was an unused substitute in Wanderers' 4-0 reverse at Derby County last week, will be seeking a return to the starting eleven as Phil Parkinson’s side go into the Easter fixtures knowing they could be relegated to League One if they fail to pick up six points from their two games with Aston Villa and Blackburn Rovers.

Meanwhile, in the Premier League, central defender Craig Cathcart should be in the Watford side as the FA Cup finalists travel to already-relegated Huddersfield Town on Saturday. Elsewhere Jonny Evans will be aiming to be back in Brendan Rodgers' Leicester City outfit who take on West Ham United at the London Stadium.

In League One, in-form Liam Boyce,who has scored in three of his last four games, will be seeking to help Burton Albion to make it five wins out of six when they entertain fourth-placed Portsmouth at the Pirelli Stadium.

Sunderland, who amazingly lost 5-4 to Coventry City last Saturday, face two tricky matches against play-off hopefuls Doncaster Rovers and Peterborough United in the space of three days as they seek to move above Barnsley into the second automatic promotion place.

Black Cats' striker Will Grigg is likely to lead the line again for the Wearsiders but he admits continually playing despite his recent ankle problems has been difficult to deal with.

“Obviously it has been difficult in terms of the ankle and a few bits and bobs here and there,” said Grigg. “I came injured, got over it and now it’s a bit of a re-occurring thing.

“I’m doing my best to manage myself on and off the pitch and doing everything I can to make sure I’m fit and ready to play,” he added, “There’s only five games left so it’s about everybody digging in at the moment for that final push.”

Winger Jordan Jones will be hoping to be selected for Kilmarnock’s Premiership home encounter with Aberdeen who will of course be without Niall McGinn who is out for the remainder of the season with ankle ligament damage.