Norman Hayes from Finaghy is our Northern Ireland Fan of the Month for April after being nominated by his biggest fan, his nephew!

He told us: "He’s my favourite human being in the world and I love going to the games with him!

"He’s my hero, my inspiration and my idol. He is always smiling and loves his football so much, he showed off our pic on your Instagram page a while back to all his care workers and family!"

According to Lee, Norman is always counting down the days to his next trip to the National Football Stadium at Windsor Park when he'll get to join in with the rest of the GAWA.

Norman said: "I love coming to the games with my nephew Lee when he comes over to see me from England. I love the atmosphere and seeing all the GAWA sing all game long!

Nephew Lee also mentioned how highly the GAWA think of Norman at Northern Ireland matches: "He loves all the songs and is always up celebrating when we score and high fives all the fans around where we sit when the ball hits the back of the net," he said.

The home Netherlands match in November is one Norman is particularly looking forward to. "I can't wait for the Holland game as they have a couple of Liverpool players in the squad like Virgil Van Dijk," he revealed.

"Kyle Lafferty is my favourite player and I would love to meet him one day!" 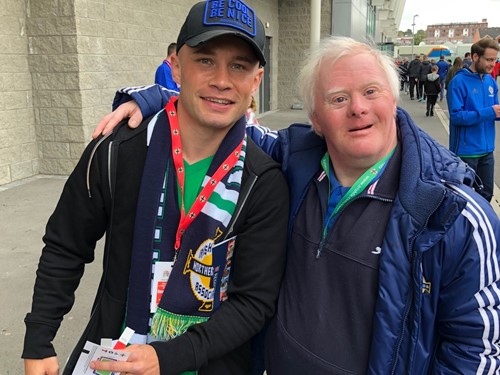 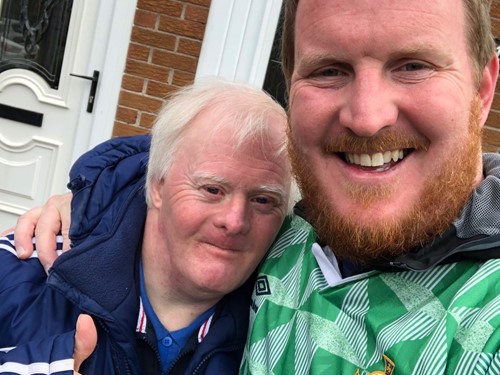 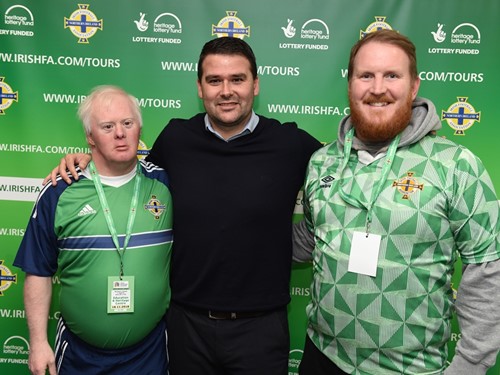 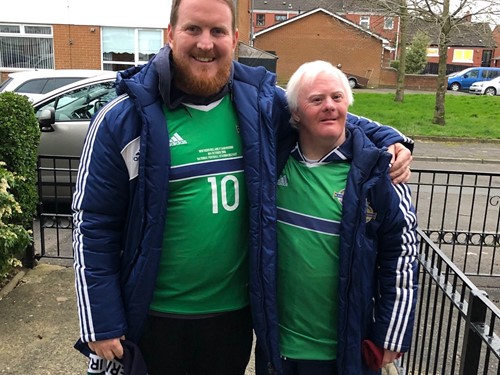