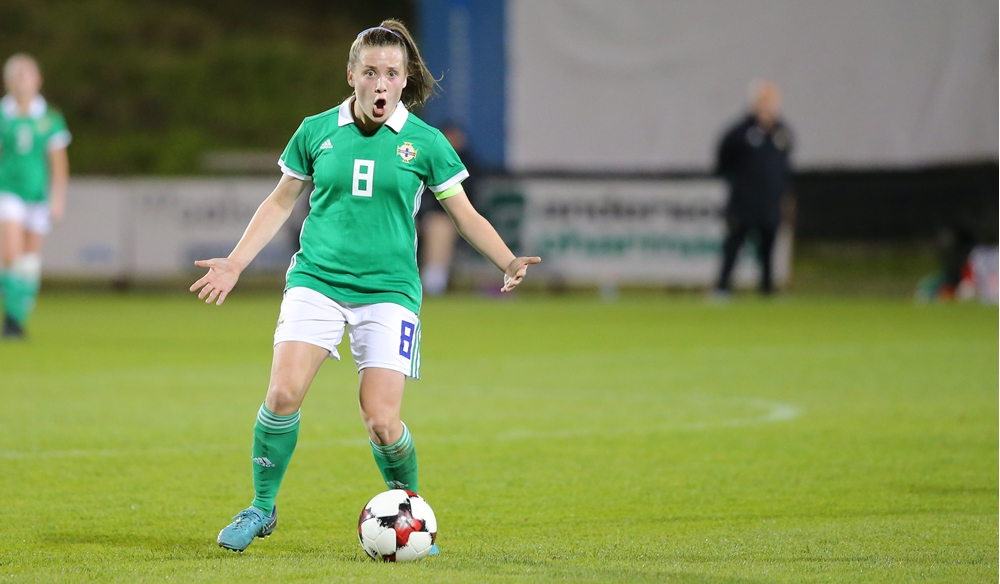 Northern Ireland Women’s U19s boss Alfie Wylie has named an experienced squad for the elite round of the Women's U19 2019 Euros qualifiers.

The 20-strong panel for a four-team mini tournament in Norway, which gets under way later this week, features a quartet of players who are also regulars in the Northern Ireland senior women’s squad.

Among them is Linfield Ladies goalkeeper Lauren Perry, who is now back in action following a lengthy injury lay-off.

Wylie’s team will kick off their WU19 Euros elite round with a game against hosts Norway at the AKA Arena in Honefoss on Wednesday (3 April, 1700 local time).

Through the elite round the winners of seven groups will qualify to join hosts Scotland in the WU19 Euros finals from 16 to 28 July.