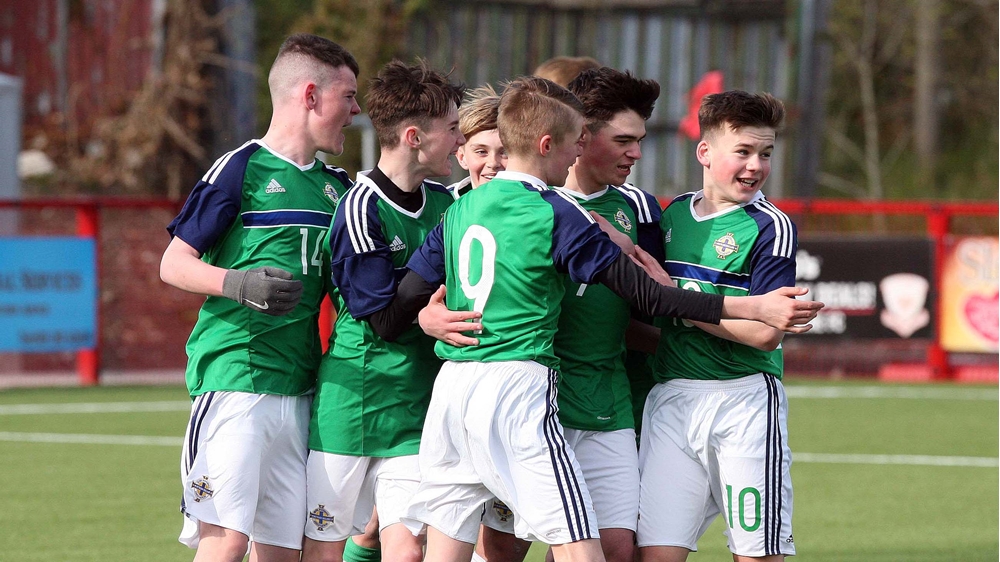 The 2005 players from the Irish FA’s elite development programme took on a well organised and athletic USYS ODP side at Inver Park in Larne and dominated possession for most of the match.

In the first half the Amercians were happy to sit deep and frustrate the home side, who struggled to create clearcut chances. The best opportunity of the first period fell to right-back Conor Cunningham but he blazed his shot over the bar from 10 yards.

At half-time JD Club NI made seven changes, however the second half continued in the same vein as the first with the home team enjoying the majority of possession and the US team happy to counter attack.

Michael Morgan had a couple of half chances for Northern Ireland but did not really trouble the opposition goalkeeper.

Towards the end of the game, as Club NI pushed for the breakthrough, the Americans created a couple of decent chances. They hit the woodwork with one effort, while Club NI keeper Dylan Braik pulled off a fine save from a rasping drive.

In stoppage time Club NI were awarded a free-kick on the edge of the area after an American player handled the ball. Marc Davidson stepped up and curled the free-kick over the wall into the top corner to make it 1-0. Davidson’s screamer was a goal worthy of winning any game.

At Allen Park in Antrim the JD Club NI 2006 side put on a fine show against a USYS side featuring 2005 players.

The US squad were much bigger and more physical so it was a tough evening for the hosts, however there were some outstanding individual performances from JD Club NI players.

In the first half Club NI were excellent and moved the ball around well against their much stronger opponents. And they scored three superb goals. Two of them were netted by man of the match Casey Smyth (Ridgeway Rovers), while Aodhan Doherty (Cliftonville) got the other.

Cormac Austin (Cliftonville) was excellent in midfield as Club NI competed well with the American team, and Club NI were ahead at the break.

Both sides made several changes for the second half and the US squad’s changes proved more effective as they levelled the scores and eventually ran out 7-3 winners.

See picture gallery for action from both games. 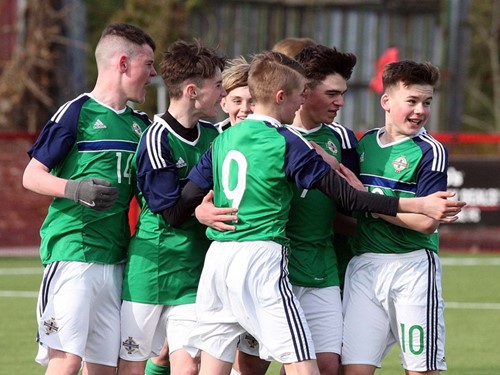 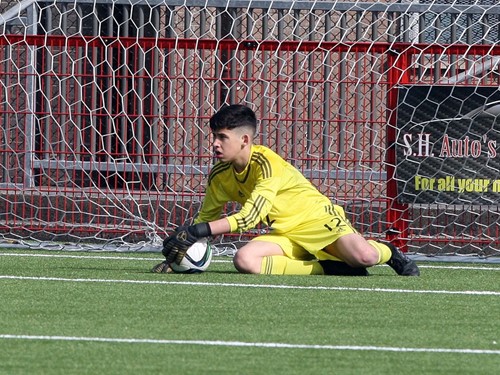 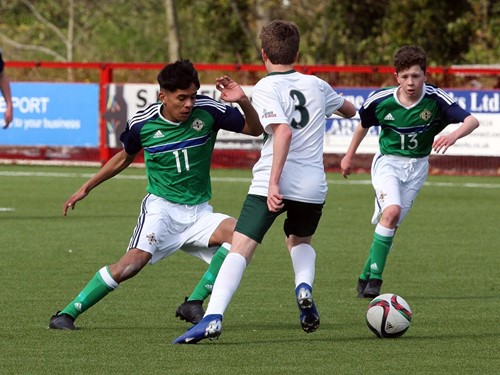 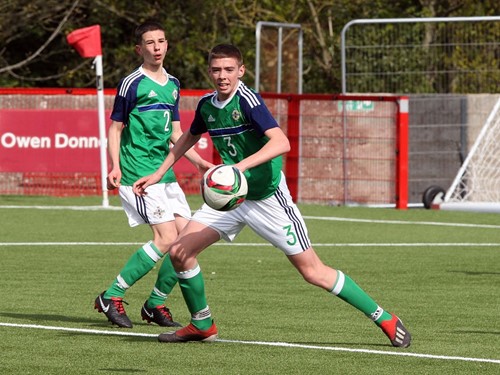 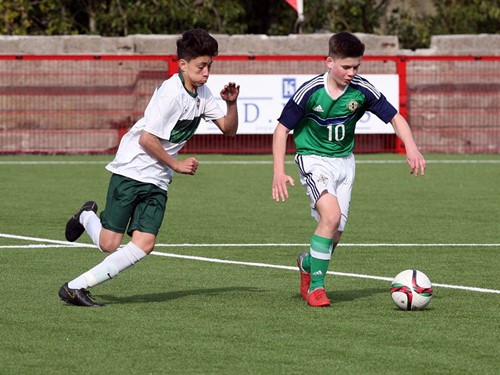 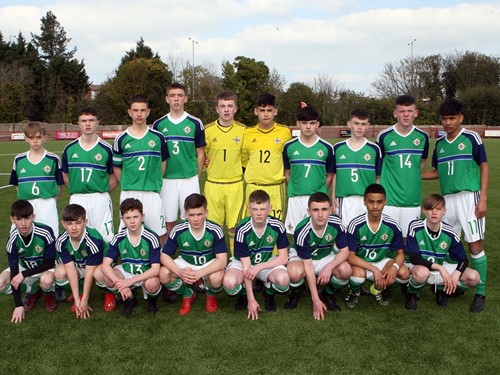 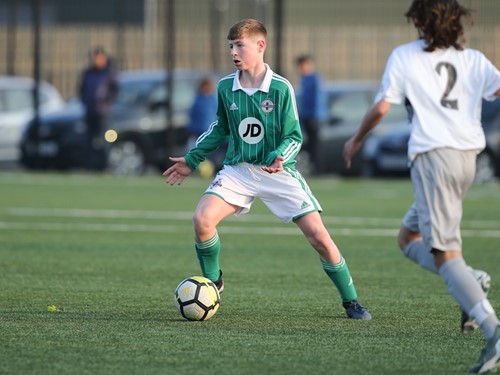 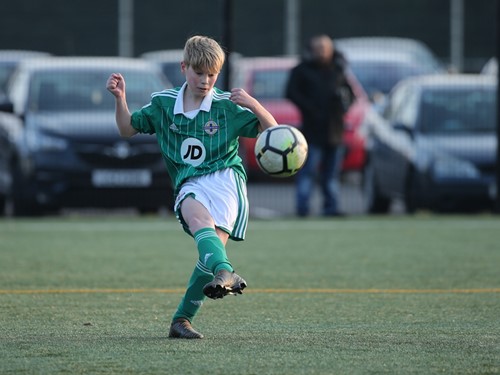 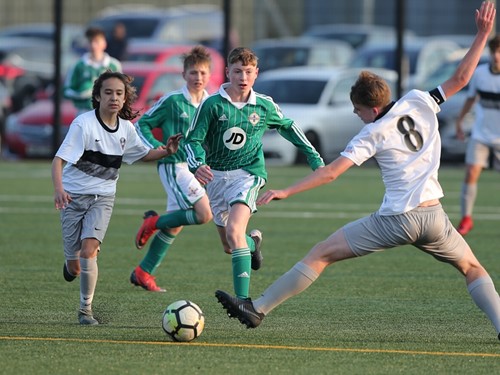 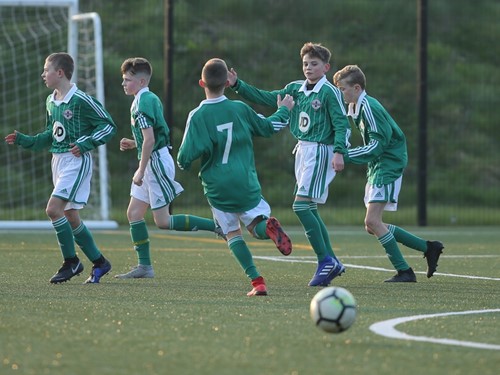 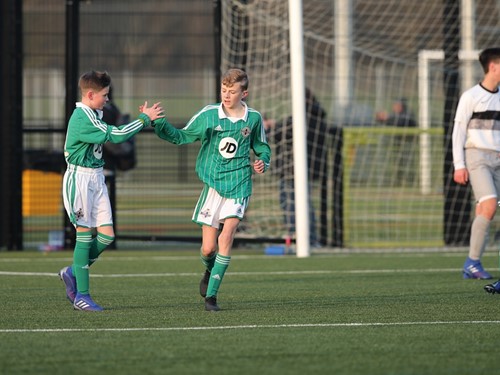 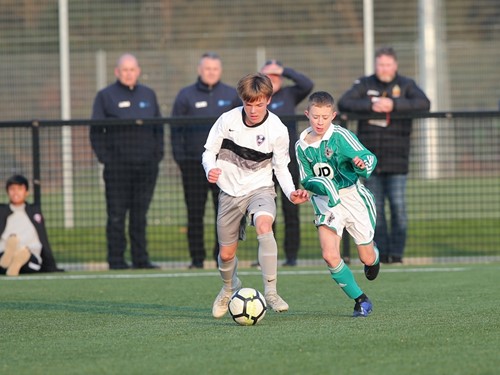