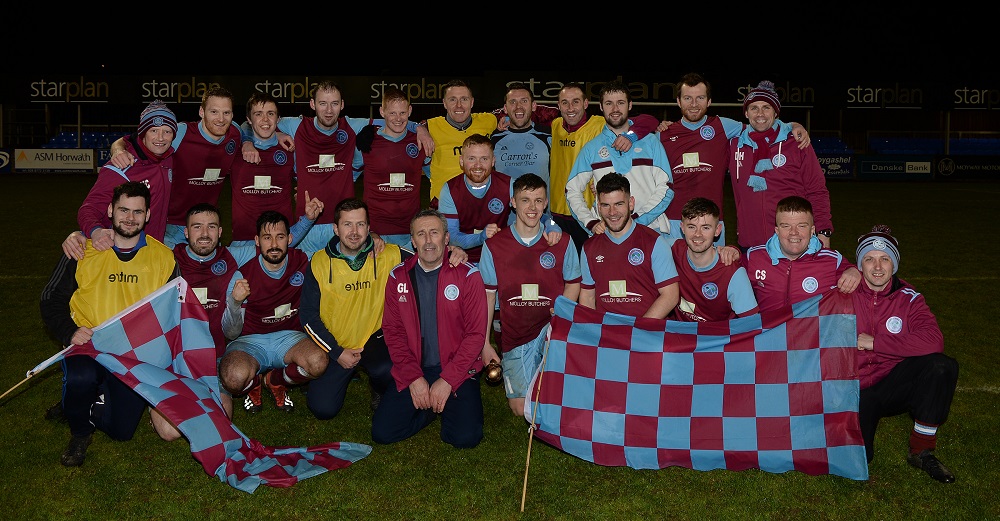 Tummery Athletic took their place in the fonaCAB Junior Cup final after a 2-1 defeat of Willowbank in the last four at Stangmore Park on Wednesday evening (April 3).

Kicking off in heavy rain, it took both sides time to adjust to the conditions with Willowbank arguably the more dominant during the opening exchanges.

As the game progressed Tummery upped their work rate and started to have a bit more possession but midfield was the key to this game and as the minutes ticked away both sides had shots on goal albeit with nothing to show for it.

The breakthrough came in Willowbank's favour just a couple of minutes before half-time when Christopher Heaney slotted past 'keeper Chris Catterson from close range.

Tummery looked rejuvenated in the second half, taking the game to Willowbank right from the start.

They levelled on 65 minutes after a cross from Adrian McCaffery found Cathal Beacom who duly headed the ball past 'keeper Ciaran Kelly.

As the clock ticked away Tummery began to take advantage of a tiring Willowbank side and, after a period of end-to-end play, they grabbed what proved to be the winner with just six minutes remaining courtesy of a powerful shot from Ruairi Sludden which gave Kelly no chance.

As the final few minutes ticked away Willowbank battled hard to land an equaliser but alas it was too little too late for the Belfast side with Tummery holding firm to reach the 6 May showdown with Bessbrook United.