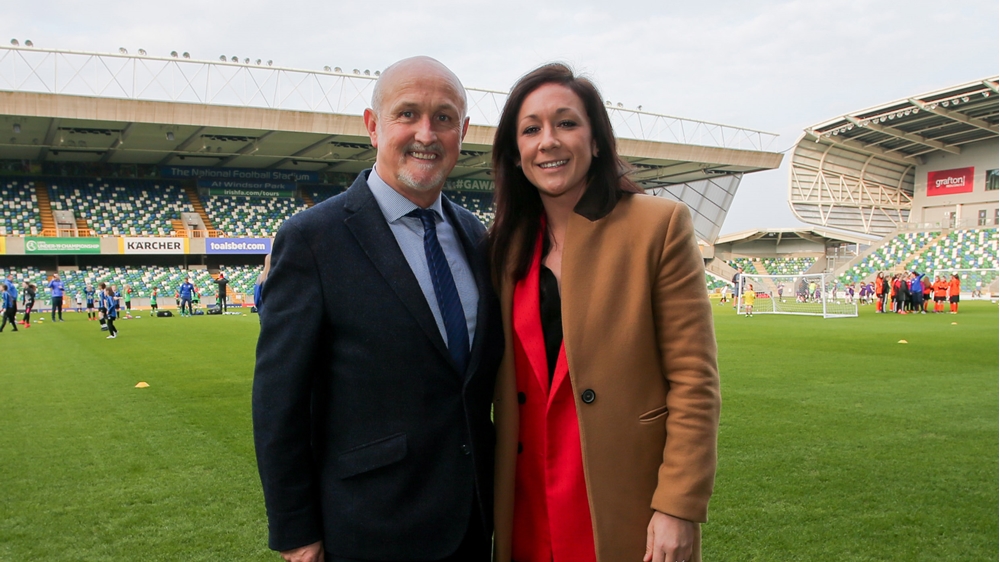 The Irish FA is to strengthen its commitment to Women’s Football by appointing Alfie Wylie as the association’s first Head of Women’s Elite performance.

The role will see Wylie take responsibility for player development in Northern Ireland from grassroots up to the international team. He will also lead on delivering the Irish FA Electric Ireland Girls’ Regional Excellence Programme, as well as running the Green Arrows Programme and the Women’s Performance Academy at Ulster University.

Wylie will also oversee Northern Ireland’s youth international teams at U19, U17, U16 and U15 levels with the aim of producing footballers that can go on to play the game at professional and senior international level.

As a result of the focus of his new role, Wylie will leave his position as senior women’s international manager. He has been in the role since 2004 and in his time in charge has helped to grow a programme that is the envy of many other associations.  Last month he led the side to a third-place finish in the Alanya Gold City Cup in Turkey. He leaves with Northern Ireland 59th in the FIFA world rankings and 30thin Europe.

A new Northern Ireland senior women’s international manager will be appointed in the summer.

Irish FA Director of Football Development, Michael Boyd, said: “Yesterday the Irish FA launched a new women’s and girls’ strategy. This appointment reflects the association’s increased strategic focus on growing the women’s game at all levels. Alfie has given a lifetime of commitment to the senior women’s international team and I am delighted that we can draw upon his experience and expertise to strengthen this new set-up.”

Head of Women’s Elite Performance, Alfie Wylie, said: “I am passionate about discovering and nurturing football talent in Northern Ireland and I am therefore pleased that the Irish FA has created this performance role. I look forward to building on the work that we have started in this area and helping to create future Northern Ireland players.

“I have thoroughly enjoyed my time as senior women’s international manager. I am proud to have managed my country and will have many fond memories of my time in charge. I am now looking forward to working in my new role and to continuing to play my part in helping Northern Ireland be successful going forward.”