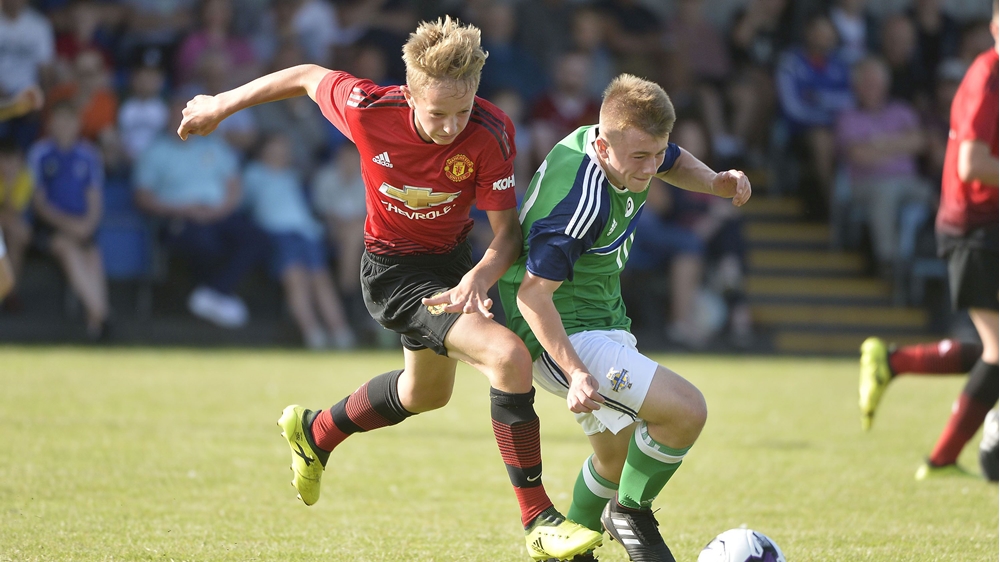 JD Club NI’s 2004 squad could potentially face some of the best young players from across Europe and beyond during the Easter break.

The Under-15 side from Northern Ireland will be taking part in the Rotterdam Cup in the Netherlands this weekend.

The 2004 squad from the Irish FA’s elite development programme, who are coached by Gerald Lyttle, face a hectic schedule over a three-day period.

They begin their Rotterdam Cup campaign on Saturday (20 April) morning with a game against Canadian team Excellence Soccer Academie. On Saturday afternoon they will face Finnish outfit Kapylan Pallo and that evening Lyttle’s side will take on the U15 academy side from German Bundesliga club Hoffenheim.

The following day they will complete their group games (Group D) schedule with fixtures against Belgian team Club Brugge and Danish outfit Brondby.

The semi-finals and finals to determine overall ranking positions in the 11-a-side tournament will be staged on Easter Monday (22 April).

Head coach Lyttle has chosen an 18-strong panel for the tournament in the Netherlands – and half of them are Glentoran players. There are three Glens players among the defenders called up, another three in the midfield department and a further three in the forwards line-up.

Image: Charlie Lindsay, seen here in action against Manchester United at last year’s SuperCup NI, is among nine Glentoran U15 players heading for Holland with JD Club NI this weekend.