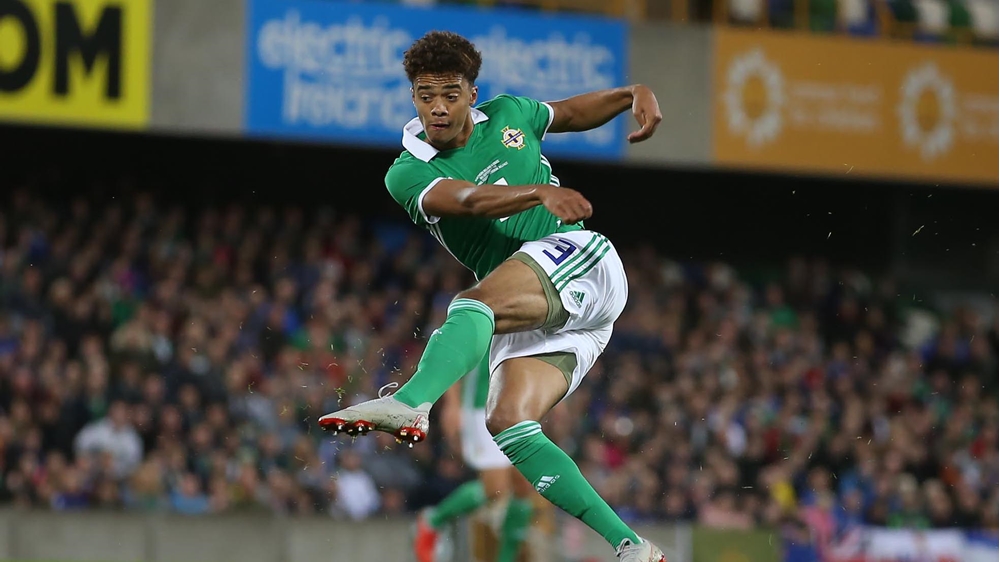 Northern Ireland manager Michael O’Neill could have another four players featuring regularly in the Premier League next season following Norwich City and Sheffield United’s promotion to the top flight over the weekend.

Defender Jamal Lewis and goalkeeper Michael McGovern, both of whom have long-term contracts at Carrow Road, plus Sheffield United pair Ollie Norwood and Conor Washington, can all now look forward to plying their trade in the Premier League next term.

The Canaries confirmed their automatic promotion with a 2-1 victory at home to Blackburn Rovers on Saturday while Sheffield United sealed their Premier League place with a comfortable 2-0 success over relegated Ipswich Town.

Elsewhere in the Championship, Stuart Dallas started a game for Leeds United for the first time in 2019, playing at left-back in the controversial 1-1 draw at home to Aston Villa, though he was substituted by manager Marcelo Bielsa at half-time.

Middlesbrough, who had both Paddy McNair and George Saville in their starting line-up, defeated struggling Reading 2-1 at the Riverside Stadium to keep alive their slim hopes of a play-off place.

Kyle Vassell’s Rotherham United were relegated to League One following a 2-1 reverse at West Brom, however that result meant Millwall survived the drop and both Shane Ferguson and Conor McLaughlin will be playing Championship football next season.

With the FA Cup final only a matter of weeks away, Craig Cathcart worryingly limped off the field with a suspected hamstring problem during Watford’s 2-1 Premier League home defeat to Wolves.

“I am not sure what he has at this moment,” said Watford Head Coach Javi Gracia. “We wait until tomorrow but I think he has a little problem.”

On the goalscoring front, Tom Flanagan headed home his second of the season as Sunderland drew 1-1 with fellow League One promotion challengers Portsmouth at the Stadium of Light.

A 20th minute penalty from Billy Kee saw him clock up his 16th goal of the season as Accrington Stanley confirmed their League One status for next season with a resounding 5-1 victory at home to Plymouth Argyle.

Meanwhile, Burton Albion manager Nigel Clough suggested that Liam Boyce’s season may not be over after all after he commented that the former Cliftonville striker could return to play in the final game of the campaign next Saturday.

The 28-year-old was stretched off with an ankle injury at Southend United on Easter Monday however a subsequent X-ray and MRI scan appear to have shown there are no long-term problems.

“When he came off on the stretcher, he felt something,” explained Clough, “and there’s inevitably a degree of worry because of what he did to his knee.

“So you're always extra cautious with it. But the signs are looking good with it, and we’ll see if he does some light training this week how he is for next Saturday.”

In the National League, former Northern Ireland under-21 international Dale Gorman will be back playing in the Football League again next term after Leyton Orient were crowned Champions following their scoreless draw at home with Braintree.

Finally, on-loan midfielder Shea Gordon scored his second goal in as many matches when he found the net in Partick Thistle’s 2-1 home defeat to Ayr United in the Scottish Championship.