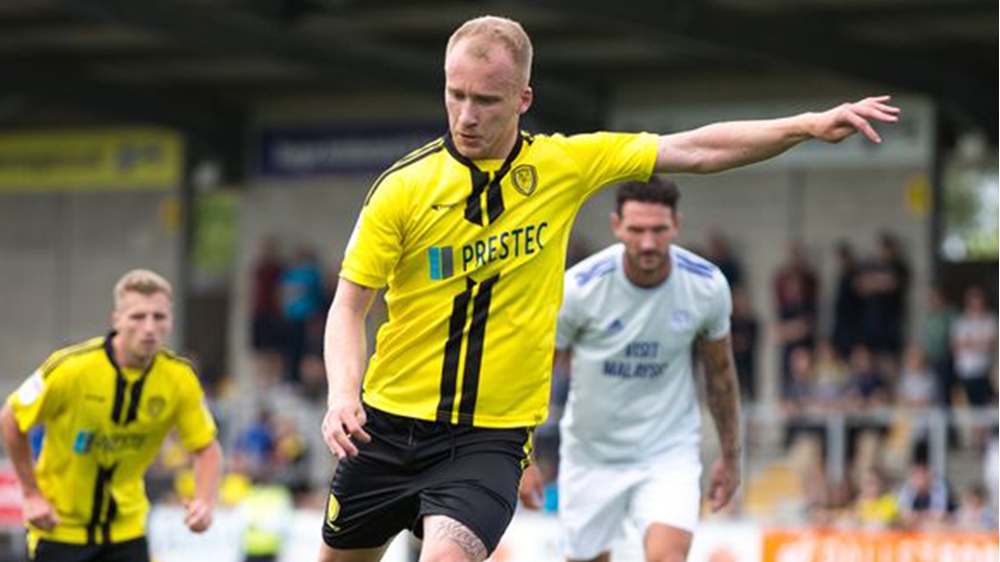 Striker Liam Boyce continued his fine form in front of goal when he scored his fourth in five games in Burton Albion’s 2-1 defeat at home to promotion-chasing Portsmouth on Good Friday.

The former Cliftonville player, who now has 14 goals in total for the Brewers’ this term, headed home an equaliser for Nigel Clough’s two minutes after the break but the visitors nicked all three point with an injury-time winner.

Elsewhere in League One, Tom Flanagan and Will Grigg were dropped to the bench as Sunderland defeated Doncaster Rovers 2-0 at the Stadium of Light to stay in third spot in the table just two points off an automatic promotion place.

Winger Gavin Whyte missed Oxford United 2-1 success over Charlton Athletic at the Kassam Stadium with a hamstring injury though Mark Sykes started the game which saw them confirm their League One status for next season.

In the Championship, Josh Magennis came on at half-time in Bolton Wanderers 2-0 reverse at home to Aston Villa, a result which sealed their relegation to League One next term.

Meanwhile, Jamal Lewis ’ Norwich City had to rely on a 97th minute equaliser from Marco Vrancic to rescue a point against Sheffield Wednesday at Carrow Road.

The Canaries now need five points from their final three matches to secure automatic promotion to the Premier League.

Ollie Norwood played his 41st game of the season for Sheffield United who moved into second place in the table with a comfortable 2-0 win over Nottingham Forest at Bramall Lane.

Middlesbrough moved into a play-off position following a 1-0 success against Stoke City with Paddy McNair producing a man-of-the-match performance in his first league start for the club since Boxing Day.

Boro boss Tony Pulis used McNair as a central defender against Stoke and praised the 23-year-old’s patience in what has been a difficult season for the former Manchester United man.

“I thought McNair was fantastic today, “ declared Pulis, “He’s had to wait a long time and Paddy’s wanted to play in midfield but we’ve found it hard to find him a place in there.

“But he has been very, very good, he’s worked hard, obviously he’s desperate to play. He’s played that position before and he looked very comfortable today.”

Finally, in Scotland, Michael Smith and Bobby Burns were both in the Hearts’ side that were defeated 3-1 at Tynecastle by Rangers.

Northern Ireland skipper Steven Davis started for the visitors while striker Kyle Lafferty played the final seven minutes of the match against his former club.

Brad Lyons’ St.Mirren boosted their hopes of staying in the Scottish Premiership with a 3-1 victory at Livingston which now leaves them just two points adrift of tenth-placed Hamilton Academicals with four games remaining.