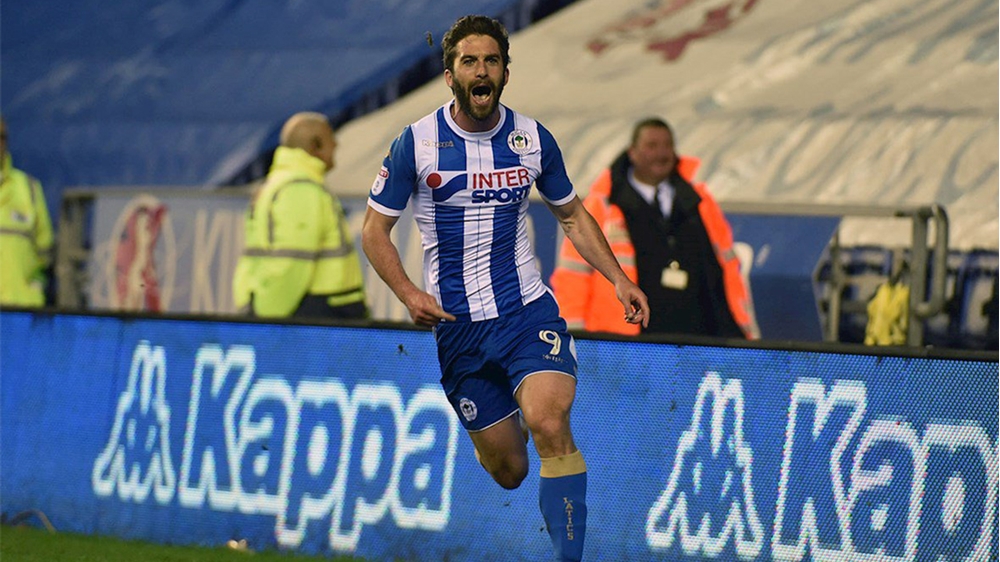 Wigan Athletic striker Will Grigg came off the bench to fire home a late winner against Oxford United last night to move the Latics three points clear at the top of League One.

The only goal of the game came three minutes from time when Grigg, who has been named in the PFA League One Team of the Year, tapped home his 25th goal of the campaign from a Devante Cole pass to give Athletic a hard-earned three points.

Elsewhere in the League One, Josh Magennis scored his 10th of the season as Charlton Athletic moved back into the play-off places with a 2-0 success at Shrewsbury Town.

Addicks boss Lee Bowyer had re-instated Magennis into the starting line-up after five successive substitute appearances and was delighted with the 27-year-old’s contribution throughout the match.

“His work rate was outstanding,” enthused Bowyer. “He couldn’t have given me anymore and he was rewarded with a goal at the end.”

Also on target last night was midfielder Matty Lund who helped Bradford City record only their second win in 16 games following a 3-1 victory at home to Portsmouth.

It was Lund’s first goal since joining the Bantams on-loan from Burton Albion back in January and he admitted it was a relief to be back on the pitch after being sidelined recently with injury.

“It’s been very frustrating being out with a hamstring problem,” declared the 27-year-old, “but it’s good to be back and to get a goal and a win is perfect for me.

“It’s been a tough time for the club recently but three points tonight has given everyone, including the fans, a lift.”

The story of the night though was in League Two where the prolific Billy Kee struck twice in as many minutes to secure Accrington Stanley’s promotion to the third tier of English football for the first time in their history.

“I owe this club a lot,” said Kee who has scored 25 goals this term. “I have been playing ten years now and I have not had a promotion so this means the world to me.

“I have been in some good teams but promotions come around once in a lifetime.

“We just needed to get over the line and, as a team, we now believe we can win the league title,” added Kee who has also been named EFL League Two Player of the Season.

“We have been so consistent, especially the second half of the season, and we are going to win this now, that’s our aim.”