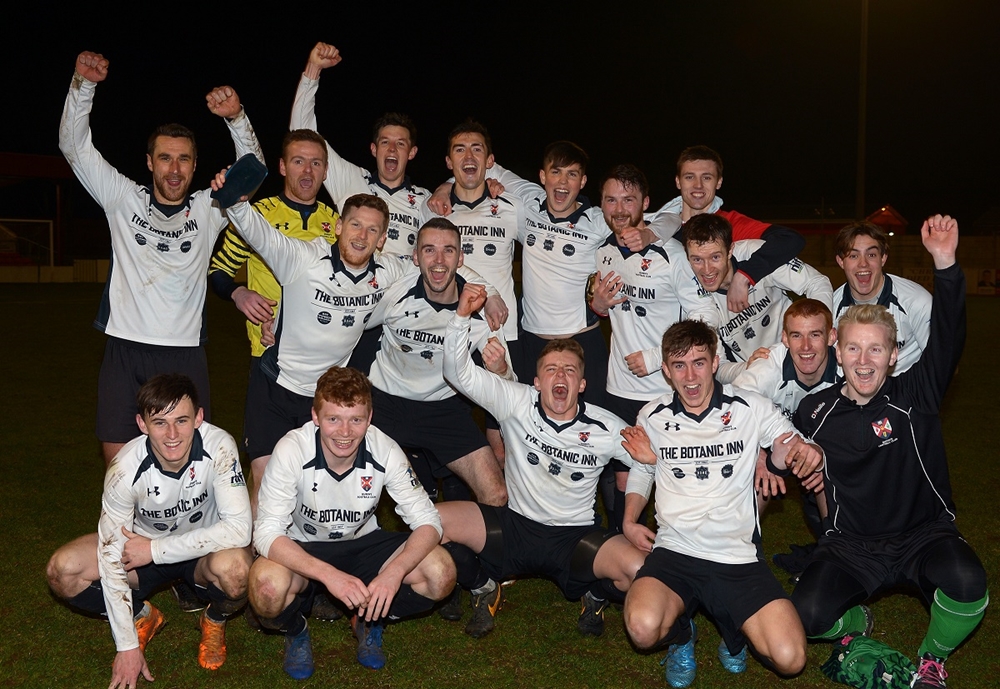 Queen's University booked a place in the final of the Match Intermediate Cup with a 2-0 defeat of Glebe Rangers at Dixon Park.

A brisk start by Queen's seemed to unsettle Glebe who at times struggled to compete and it was perhaps no surprise when the Students moved in front through Ryan McCready's 18th minute crouching header from inside the box.

This seemed to awaken Rangers. They tried to play their way back into the game, creating a few half chances along the way as the game turned into an end-to-end battle albeit one that failed to produce any more goals during the first half.

Glebe came out in attacking mode after the break but, after the initial urgency, it settled down into an enjoyable game during which both sides couldn't be faulted for effort but, ultimately, cancelled each other out.

Glebe had some success down the wings, getting the ball into the six-yard box on numerous occasions but the Queen's defenders proved to be more than capable of dealing with whatever challenge was thrown at them.

However, the goal that would eventually settle the game came with ten minutes remaining through substitute Ciaran O'Hare when, from around ten yards out, he unleashed a half volley past Glebe 'keeper Glenn McMullan who remained rooted to the spot as the ball flew past him into the net.

Queen's will face Dundela in the final, and with both sides also occupying the top two spots in the NIFL Premier Intermediate League it could be a 'winner takes all' affair with a potential league and cup double also up for grabs.