Four countries prepare to battle it out in UEFA development competition 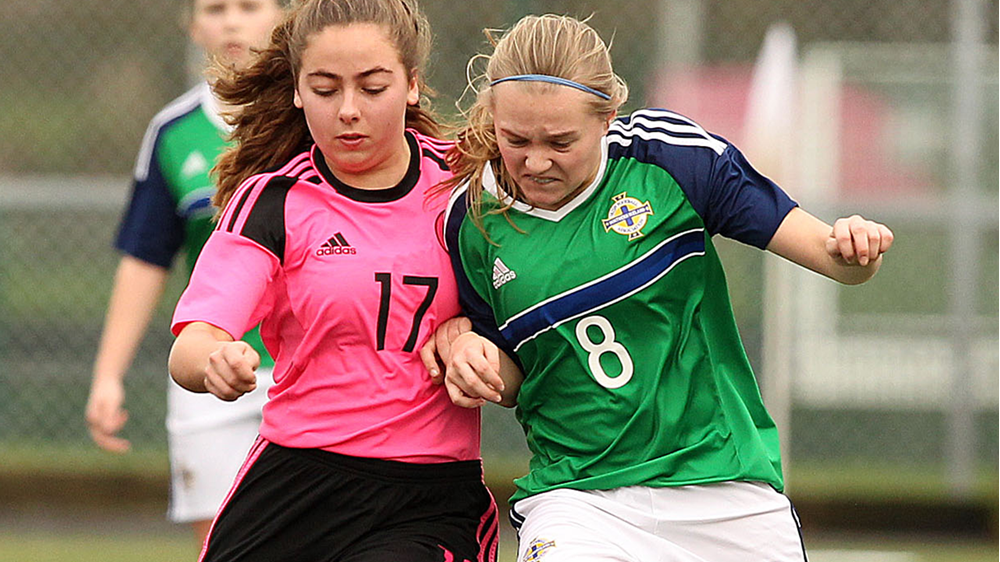 Teams from Luxembourg, the Faroe Islands and Kosovo are in Northern Ireland this week to participate in a UEFA development tournament for under-16 girls’ sides.

The tournament kicks off tomorrow (Wednesday 11 April) with Luxembourg and the Faroes facing each other at Comber Rec’s ground (3pm) in Co Down.

Tournament hosts Northern Ireland will also be in action tomorrow. They play Kosovo at Riada Stadium in Ballymoney (7pm).

Faroe Islands and Kosovo will face each other on matchday two, Friday 13 April, at Wellington Rec’s ground on the outskirts of Larne (3pm). And that evening at 7.00 Northern Ireland are scheduled to take on Luxembourg at the Riada ground.

The last round of games on Sunday 15 April sees Northern Ireland and the Faroes locking horns in Ballymoney (11am) and Kosovo and Luxembourg in action at Wellington Rec (11am). There is free admission to all the games.

Northern Ireland National Women’s Manager Alfie Wylie, fresh from a couple of World Cup qualifiers with the senior women’s team, will be in charge of the development squad.

Image: Casey Howe in action for a Northern Ireland Select side against Scotland last year.