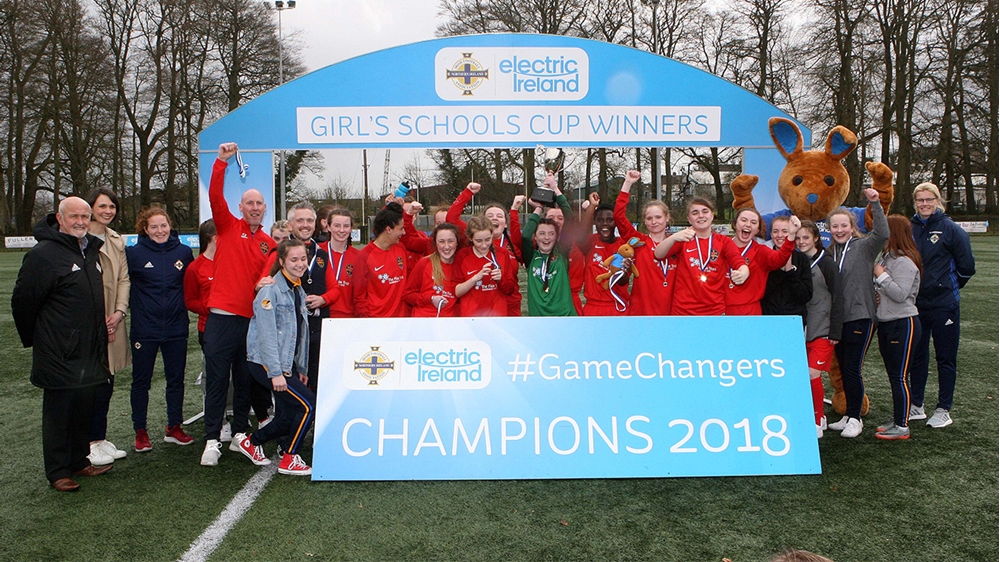 The north Belfast school scored five times as they swept aside St Louise’s Comprehensive College from the west of the city in the derby decider.

Unfortunately St Louise’s could not emulate their junior team who lifted the Electric Ireland Junior Schools’ Cup earlier in the day.

Mercy College were immediately on the front foot in yesterday’s final, which was played at Moyola Park FC’s ground in Castledawson.

Mercy’s Louise McDaniel forced an early save before winger Joanna da Silva twice hit the side netting after weaving her way into shooting positions.

Against the run of play St Louise’s drew first blood. On 8 minutes they forced the first corner of the game. When the ball was delivered into the box Nicole Jones rose above the Mercy defence and firmly planted a header past the keeper.

However, the goal sparked Mercy into action and they grabbed an equaliser just four minutes later when Louise McDaniel slotted the ball home.

They notched a second when Caitlin Hamilton met a clearance from a corner and smashed the ball into the net from 25 yards.

The score remained at 2-1 until midway through the second half when a neat passing move ended with Joanna da Silva breaking through down the left to score the third with a neat finish.

St Louise’s did not give up though and continued to push forward, creating a couple of half-chances.

In the closing stages Mercy cemented their victory with two well worked goals.

Firstly, McDaniel and Cliodhna Pettigrew combined to put Pettigrew through on goal and she drilled the ball into the net. And then McDaniel got her second with another neat finish to leave the final scoreline at 5-1.

Northern Ireland National Women’s Manager Alfie Wylie watched both the junior and senior cup finals yesterday and said afterwards: “The Electric Ireland finals have been a fantastic showcase for girls’ schools’ football in Northern Ireland and it was great to see so many supporters at the matches.

“One of the pleasing things about the finals was the standard of football on show. The junior final was super with the girls showing great desire to knock the ball about. The senior final was also a great match. Mercy College won well but St Louise’s pressed them and their girls worked really hard. The distribution and passing was a credit to the two teams.” 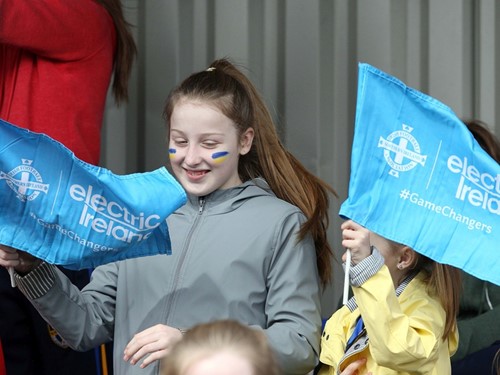 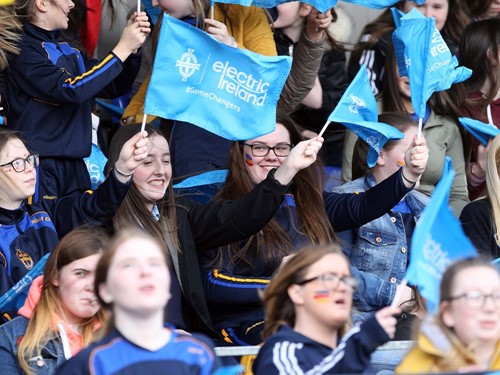 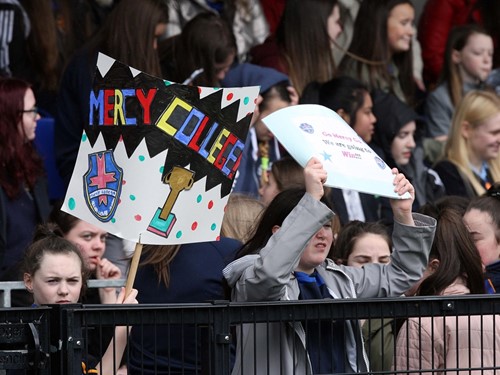 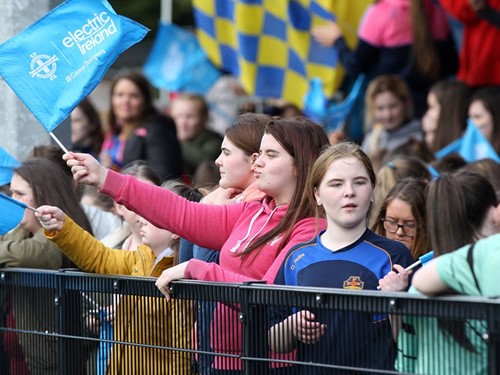 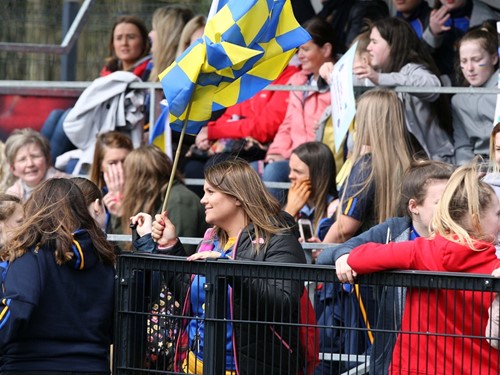 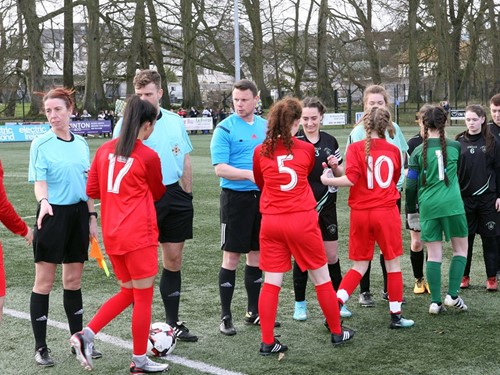 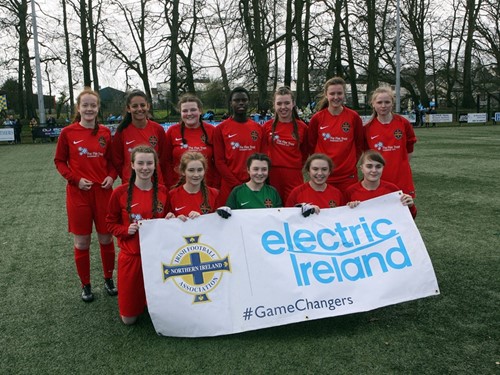 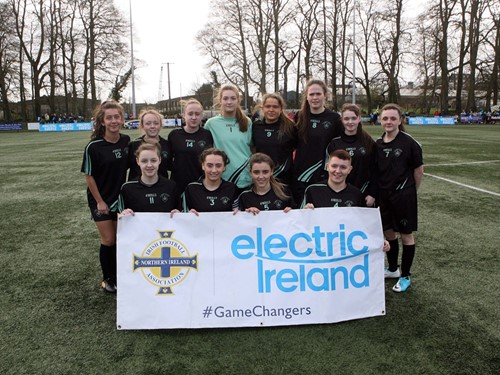 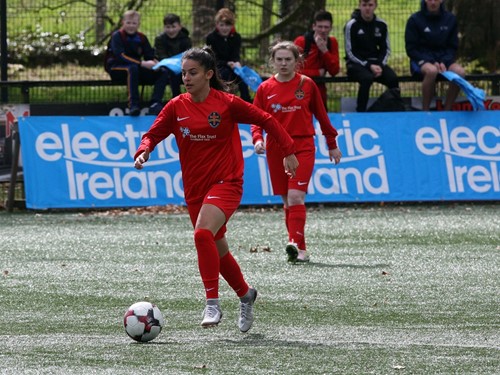 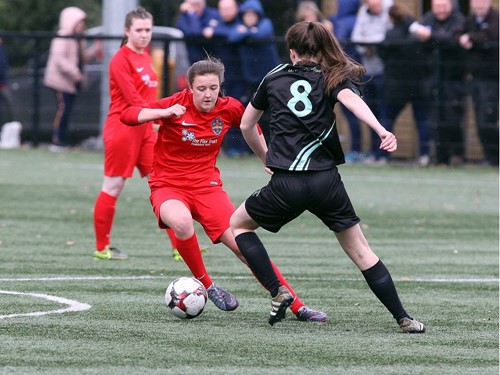 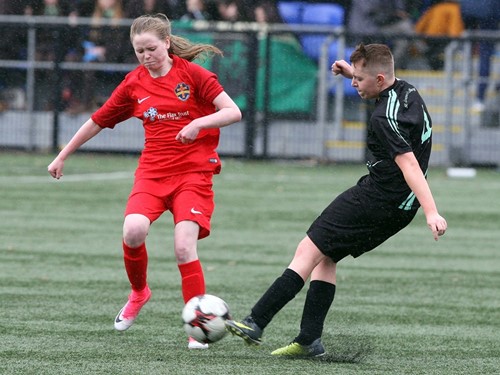 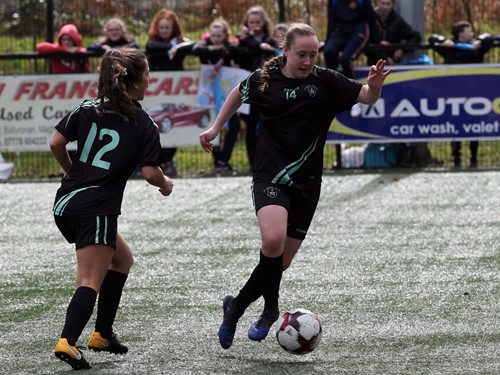 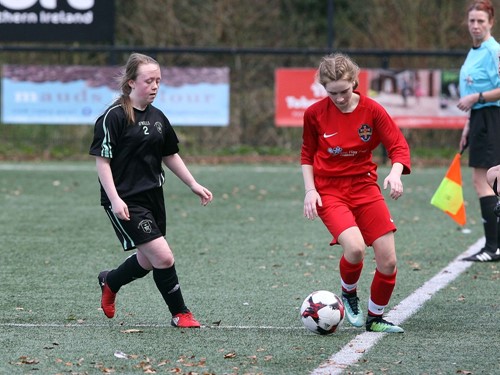 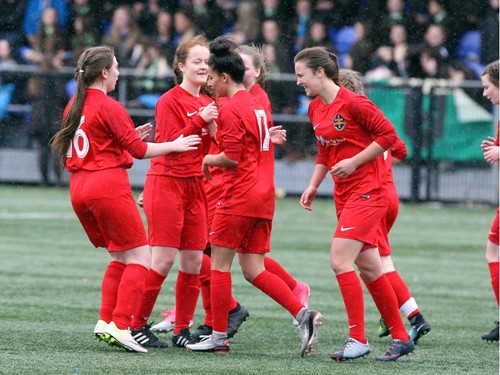 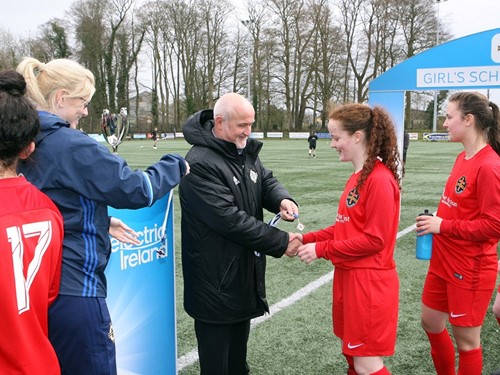 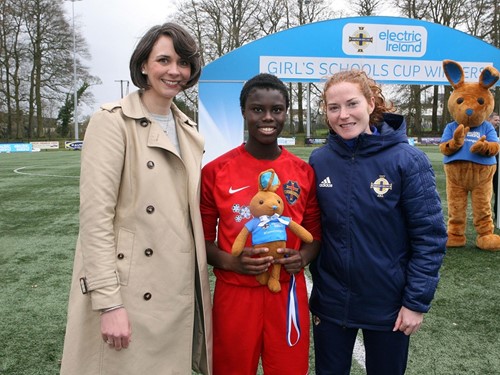 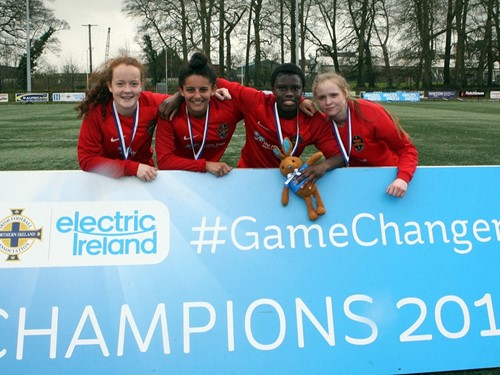 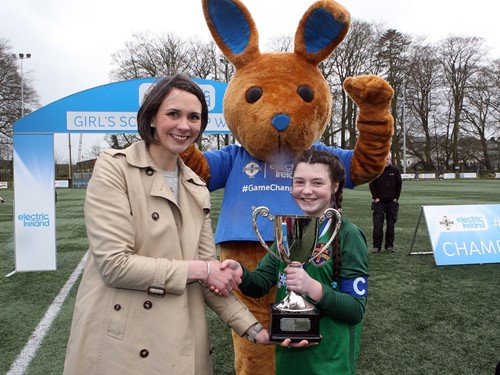