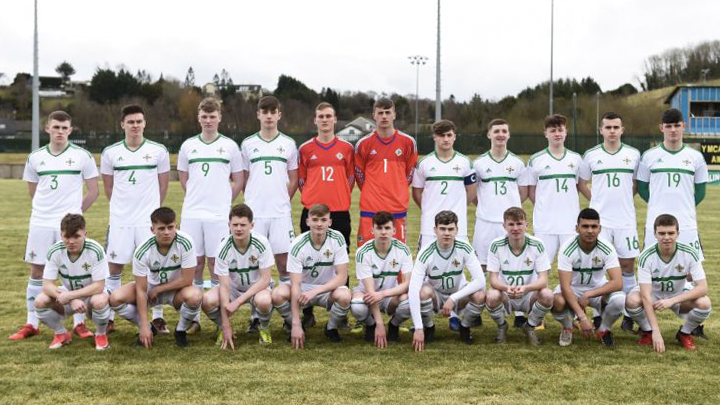 It meant the boys in green were unbeaten in this year’s competition - but that was not enough to retain the trophy they jointly won last year. The Republic of Ireland defeated Scotland 3-1 last night to win the Shield outright.

With three draws (0-0 v Scotland, 1-1 v Wales and 0-0 against the Republic) and one victory under their belts Northern Ireland are currently lying second in the Shield table.

However, either Scotland or Wales, who are both on four points each, could pip them for second place when they play on 19 April.

In their last game in this year’s competition the Northern Ireland U18 team had a convincing 3-1 win over England at Queen’s University’s Dub complex.

They got off to a great start when Adam Carroll scored with a looping header into the top corner after 10 minutes.

England tried to respond straight from the kick-off and had a great opportunity when they were awarded a penalty just two minutes later. However, Northern Ireland keeper Declan Dunne kept it out, diving low to his right to make a fantastic save.

And Northern Ireland doubled their lead shortly after when Andrew Scott’s corner evaded everyone to nestle in the corner of the goal.

Carroll threatened again when his low strike beat England’s keeper only to be superbly cleared off the line.

Northern Ireland made it three late into the first half when Jack O’Mahony picked up the ball in the England half, beat two players and neatly slotted the ball past the keeper.

In the second half O’Mahony flicked a Scott corner on to the top of the crossbar before England pulled a goal back.