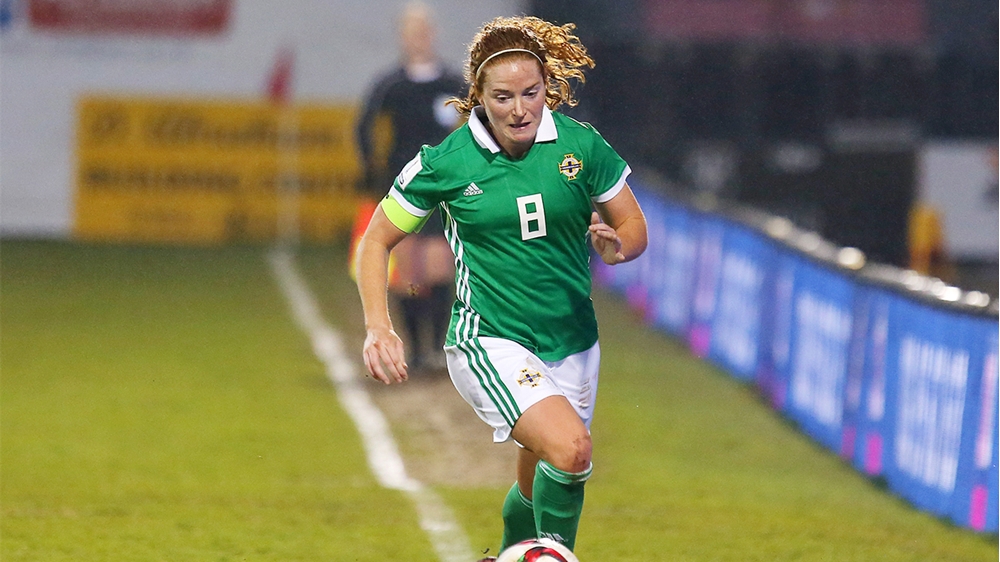 Norway Women eased past a dogged Northern Ireland after producing a professional rather than polished performance in Portadown this evening.

The Norwegians dominated possession and created numerous chances but had to rely on a couple of late goals to secure a 3-0 win. Wolfsburg striker Caroline Graham Hansen scored twice with the other coming from experienced forward Isabel Herlovsen.

Northern Ireland were under the cosh right from the start in the FIFA Women’s World Cup 2019 Group 3 qualifying match at Shamrock Park.

In the early stages the home defence stood firm as the Norwegians, the top seeds in the group, pressed down the right in particular, with Hansen looking extremely dangerous.

On 15 minutes Norway had their first clear-cut opportunity. From a corner Maria Thorisdottir produced an acrobatic bicycle kick from close range but her effort was superby saved by Northern Ireland keeper Lauren Perry.

Five minutes later Perry was called into action again when she gathered a low Hansen strike.

Northern Ireland’s first and only real chance came on the half-hour mark. From a corner the ball dropped to Julie Nelson inside the box but she snatched at it and her shot went well wide.

On 43 minutes Hansen produced a superb run and weaved her way towards goal but her strike hit the side netting.

Norwegian full-back Ingrid Wold then fired in a decent effort which Perry saved well and a few minutes later Wold shot over the top when well placed.

In the 53rd minute Perry held her ground during a goalmouth scramble which almost saw the Norwegians force the ball over the goal-line. In the midst of the melee Ashley Hutton appeared to punch the ball out from under the bar.

Minutes later there was a huge let-off for Northern Ireland when Herlovsen prodded the ball into the net but her effort was ruled out for offside.

Then Hansen was in the thick of it again, shooting over the bar from eight yards.

But she was not to be denied. In the 61st minute Hansen latched on to a neat through ball and slid it under the advancing Perry to make it 1-0 to Norway.

Norway, ranked 14th in the world compared to Northern Ireland in 56th, piled forward after that and Hutton produced a great last ditch tackle to prevent the marauding Ingrid Syrstad Engen from scoring.

Hansen missed a gilt-edged chance in the 76th minute when set up by Kristine Minde.

She made up for it, however, in the 87th minute when she produced a fabulous volley from 10 yards to make it 2-0 to Norway.

And in injury time Herlovsen put the icing on the cake for the Norwegians with a neat finish. She turned inside her marker and smashed the ball into the top of the net from eight yards. 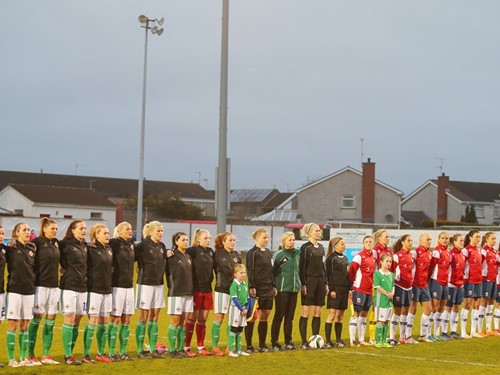 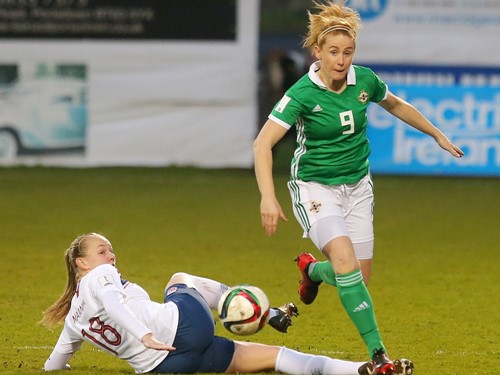 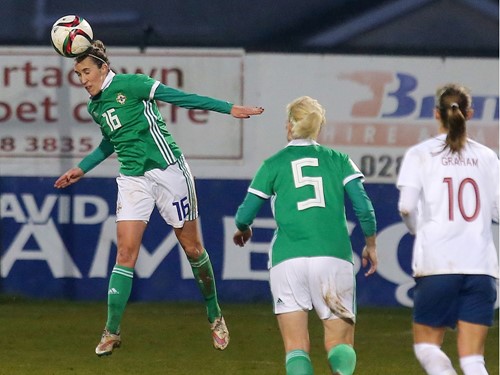 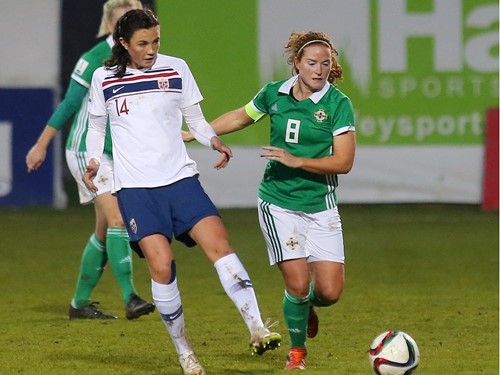 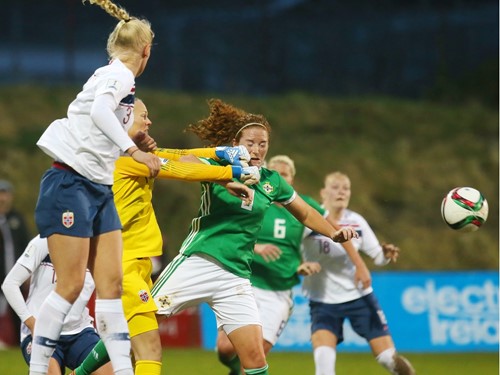 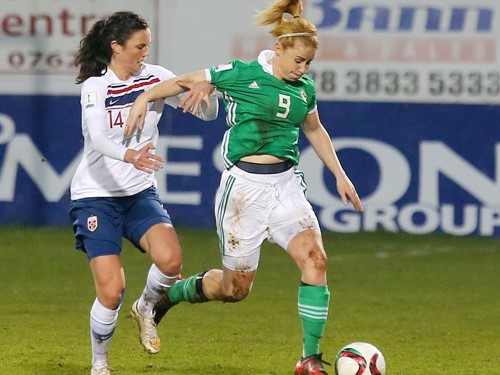 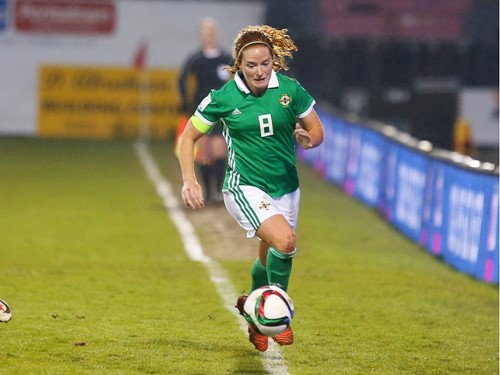 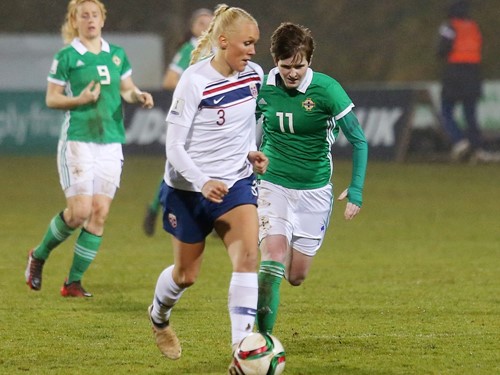 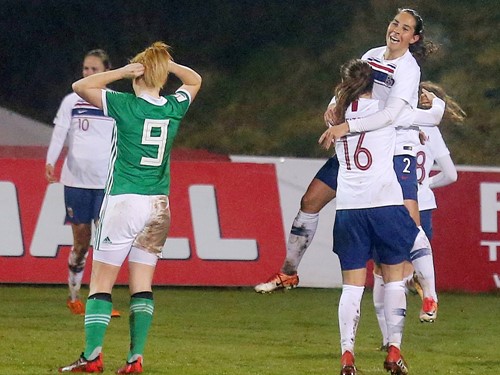