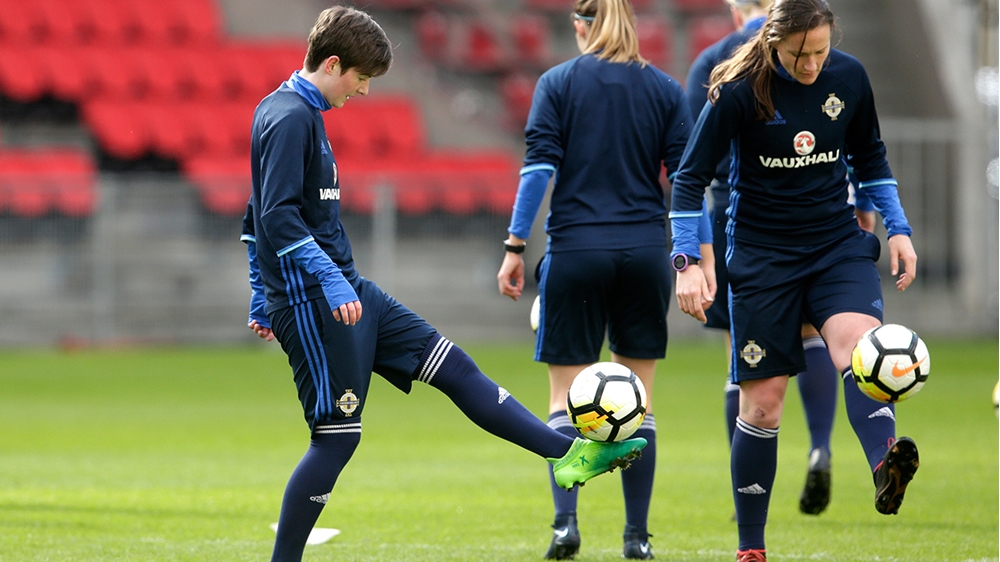 Northern Ireland Senior Women will face their toughest task tonight in World Cup qualifiying as they come up against the Netherlands in Eindhoven.

Alfie Wylie's side come into the game after victory in their last qualifier away to Slovakia in November where goals from Julie Nelson, Rachel Furness and Caragh Milligan sealed their first three points in qualifying.

Northern Ireland sit fourth in Group 3, above Slovakia, and now face the European Champions in front of over 30,000 fans which will be the largest crowd for a Women's World Cup or European qualifier.

The Netherlands lifted the UEFA Women's Euro title in the summer after a 4-2 win against Denmark at the FC Twente Stadion in  Enschede.

After this success, the Dutch began their World Cup qualifying with a 1-0 win against Norway and followed up with a 5-0 win against Slovakia. The 100% start came to an end as they were held to a scoreless draw against the Republic of Ireland in Nijmegen and now both teams sit joint top of Group 3.

The Netherlands have several big names in their squad with players playing in Holland for clubs such as Ajax and FC Twente and across Europe for Barcelona, Arsenal, Bayern Munich and Lyon.

One standout player is Arsenal Ladies striker Vivianne Miedema who has scored 49 goals in just 62 caps since her debut in 2013. Miedema moved to Arsenal at the start of this season from Bayern Munich and has six goals in eleven games so far in the 2017/18 season.

Join us for live Twitter updates of the match from 7:00pm here.