McNair & Boyce on the scoresheet in the Championship 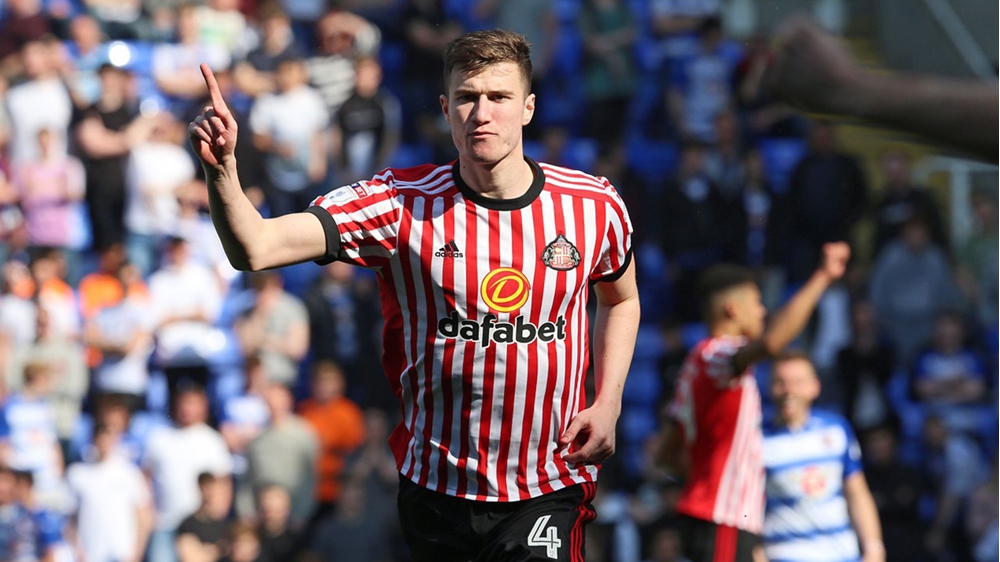 The 22-year-old’s sensational goal just after the break gave the Black Cats a 2-1 advantage at the Madejski Stadium, however, Chris Coleman’s side had to be content with just a point after they squandered a lead for a third successive game.

Sunderland’s relegation rivals, Burton Albion, moved above them in the table following their impressive 3-1 home victory over Derby County to record their first league win in front of their own fans since September.

Former Cliftonville striker Liam Boyce got the ball rolling in the 24th minute with his second goal of the campaign and his first at the Pirelli Stadium this term to keep alive Burton’s slim hopes of Championship survival.

Meanwhile in the Premier League defender Craig Cathcart started his first game for Watford in just over a year as the Hornets lost 1-0 at Huddersfield Town.

Despite that defeat the 29-year-old was delighted to be named in the starting eleven after such a long injury lay-off.

“It’s been a year since I last started,” Cathcart told watford.co.uk, “It’s been a long time coming and I was glad to be back out there, but I wish it was in better circumstances.

“It was a difficult game. I thought it was a pretty even game and we probably did enough to take a point. But once you concede a goal that late it’s nigh on impossible to come back.”

Elsewhere in the top flight, relegation-threatened West Brom pulled off one of their performances of the season following a superb 1-0 victory against Manchester United at Old Trafford, a result which meant Manchester City were crowned Premier League champions.

Chris Brunt again captained the Baggies in the absence of the injured Jonny Evans and he was full of praise for temporary boss Darren Moore and his coaching staff after the game.

West Brom have picked up four points in two matches since Moore took over from Alan Pardew and Brunt said: “Credit to Moore and his coaches. They’ve been thrown in at the deep end over the last few weeks but they have all handled it really well.

“The response they’ve got on the pitch has shown. Every man worked their socks off and put their bodies on the line against players who have plenty of quality.

“We put on a performance the training in the week merited,” added the former Sheffield Wednesday midfielder.

“It’s working well and our display at Manchester United was probably one of the best we have put in in a while.”

Finally, in Scotland, goalkeeper Trevor Carson made it to the final of the Scottish Cup after Motherwell cruised to a comfortable 3-0 semi-final victory over Niall McGinn’s Aberdeen at Hampden Park on Saturday.

Motherwell manager Stephen Robinson will now face Celtic in the May showpiece at Hampden Park in what is a repeat of the League Cup final which ‘Well lost 2-0 to Brendan Rodgers side in controversial fashion last November.

The former Northern Ireland assistant boss firmly believes that his current batch of players can now go and make themselves heroes by emulating the success of the 1991 Scottish Cup winning side who were the last Motherwell outfit to lift a major trophy.

“These boys have such a terrific chance,” declared Robinson, “They are honest boys who aren’t earning millions of pounds but give you everything. I’d love to see it.

“I used the analogy about the Northern Ireland squad that got to the Euros. All we heard was about the 1982 and ’86 squad.

It’s all they talked about and rightly so, they deserved it. But now there are new heroes in town with the squad that qualified.”