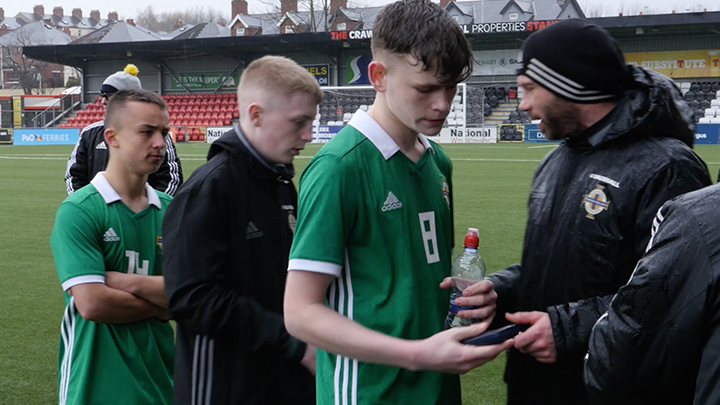 The Home Nations trophy was clinched by the Scots thanks to a hard-fought draw with hosts Northern Ireland in their final game.

Northern Ireland played some great football over the course of the four-day tournament but a poor performance against Wales in their second match cost them the chance of securing a crown they last won in 2015.

Crusaders’ Seaview and Cliftonville’s Solitude grounds were the venues for the matches. Scotland won the title with seven points from three games, while Wales finished runners-up on six points. Northern Ireland were third with four points, while the Republic of Ireland finished fourth after failing to gain any points.

A goal from Dylan Galloway was enough to secure Northern Ireland’s only victory in the tournament. It came on matchday one against the Republic at Solitude. Scotland defeated Wales 5-0 in their opening game, which was also played at Solitude.

However, the Northern Ireland U19 Learning Disability team failed to kick on from their first game when they faced Wales at Seaview on matchday two. The energetic Welsh deservedly won the match 2-0.

And the second game at Seaview that day saw the Scots comfortably defeat the Republic by four goals to one.

Northern Ireland played some great football in their third and final game but were held to a 2-2 draw by eventual champions Scotland at Seaview. Galloway and Curtis Hunter were on target for the boys in green.

The Welsh, meanwhile, secured the runner-up spot in the tournament following a 2-1 win against the Republic at Solitude.

Northern Ireland team manager and IFA Development Manager for Disability Football Alan Crooks said: “Congratulations to Scotland on winning another competitive Home Nations Championship. We pushed them hard in the final game but they held on and deserved the title with an unbeaten record.

“I’d like to praise the Northern Ireland lads for their efforts. They were a credit to their schools and clubs. Twelve of the squad will be eligible again next year so they will gain from this experience and we will look to challenge again in 2019 in Wales.”

Click the image at the top of this page to watch our video highlights.

Picture gallery: Action from the Northern Ireland v Scotland game in the 2018 Under-19 Learning Disability Home Nations Championship – plus the trophy presentation to Scotland. 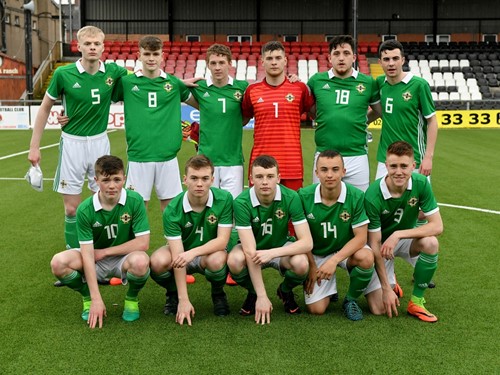 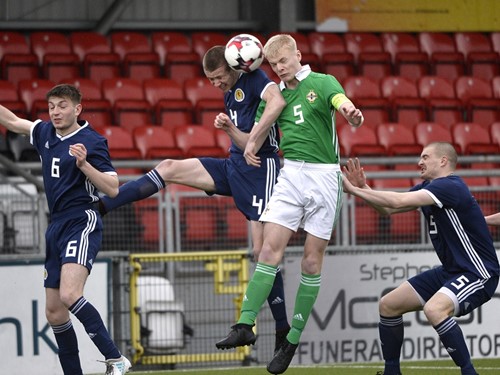 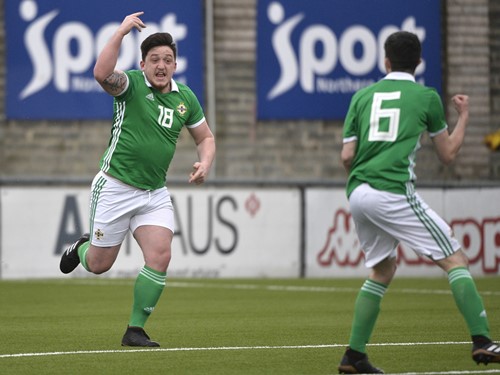 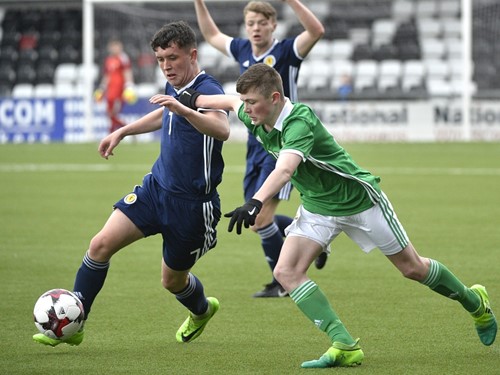 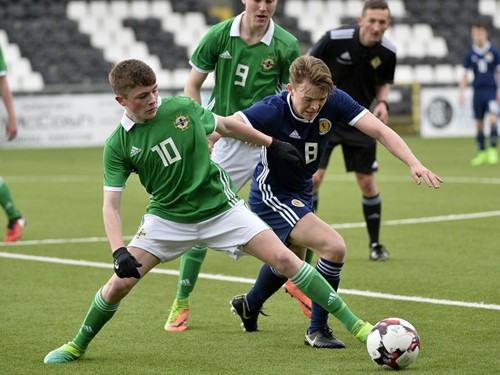 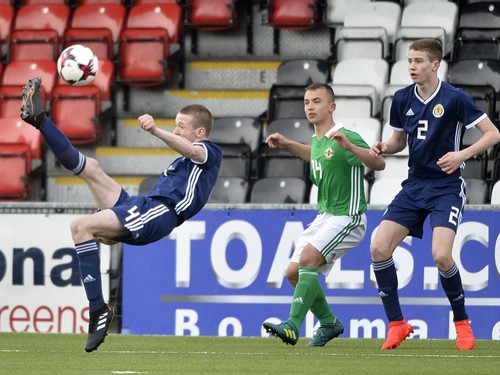 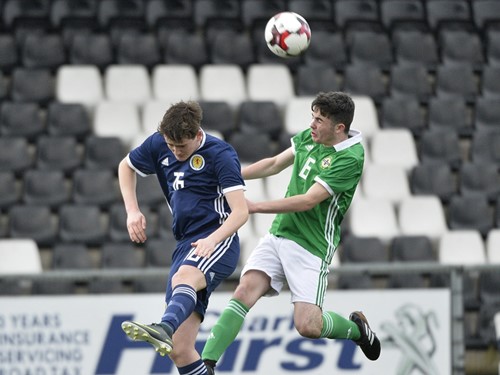 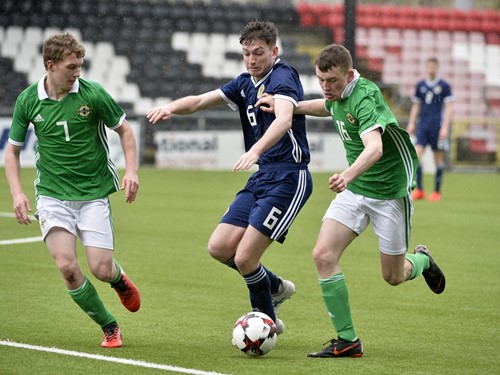 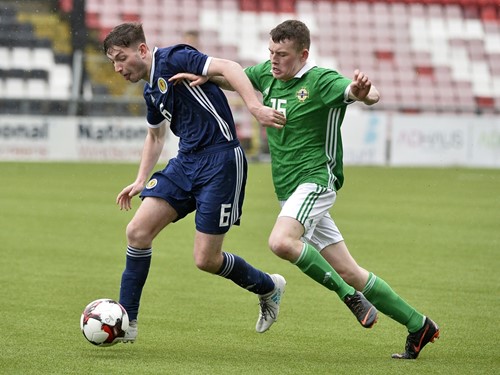 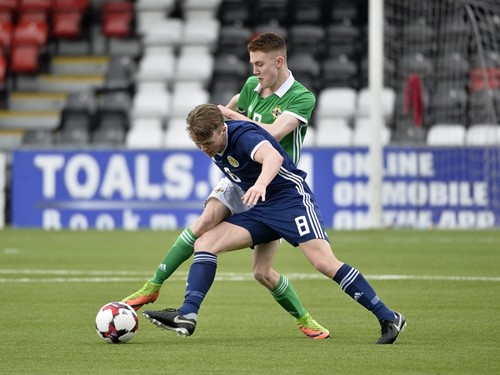 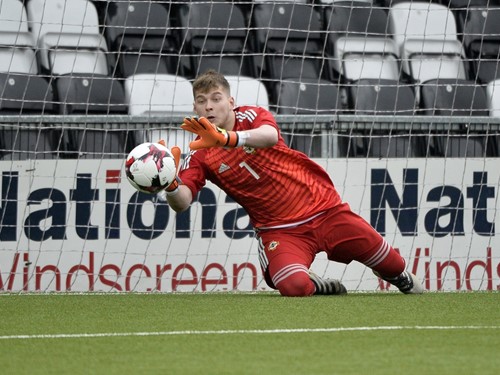 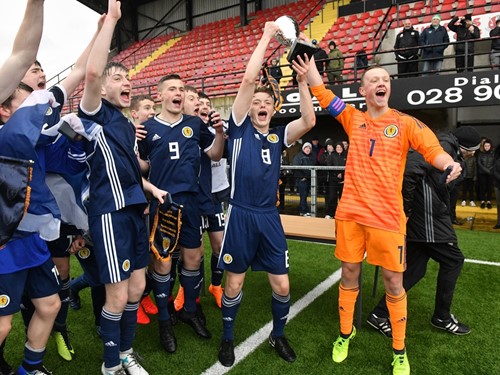