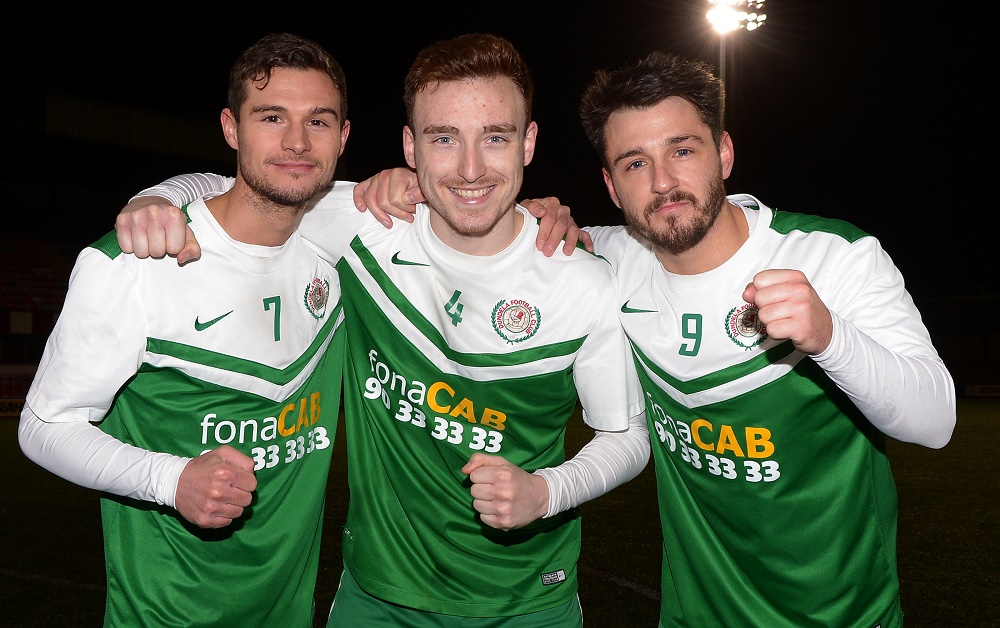 Dundela remain on course for a league and cup double following a three-goal defeat of Immaculata in the first Match Intermediate Cup semi-final at Solitude.

Immaculata had defeated Dundela earlier this season in the Steel & Sons Cup but Russell Bowers' side wasted no time setting about exacting revenge for that reversal.

The east Belfast outfit almost went in front as early as the ninth minute through Jordan Hughes. The striker fired in a powerful shot which forced a fingertip save from Immaculata keeper Mark McKenna.

'Mac weathered this early storm and had a chance of their own soon after through Colm O'Riordan who found space in behind the Duns' defence and his effort forced Ryan McBride into a save at full stretch.

Immaculata wanted to draw first blood but their committment to attack was leaving spaces at the back. Dundela exposed this when a throw-in on 34 minutes fell kindly for David McMaster who unleashed a strong half-volley beyond McKenna to open the scoring.

Dundela stood firm as 'Mac pushed hard for the equaliser. However, the Duns always looked dangerous going forward and it was no real surprise when they increased their lead on 75 minutes. Karl Devine pounced on a bouncing ball in the Immaculata goalmouth and smashed it into the net.

Despite sensing they had done enough Dundela added a third a few minutes from time when man of the match Hughes stepped up to convert from the spot.

Queen's are also in the hunt for double honours but they must overcome Ballymoney side Glebe Rangers in the other Intermediate Cup semi-final on 11 April at Dixon Park in Ballyclare (7:45pm) to keep their hopes alive.