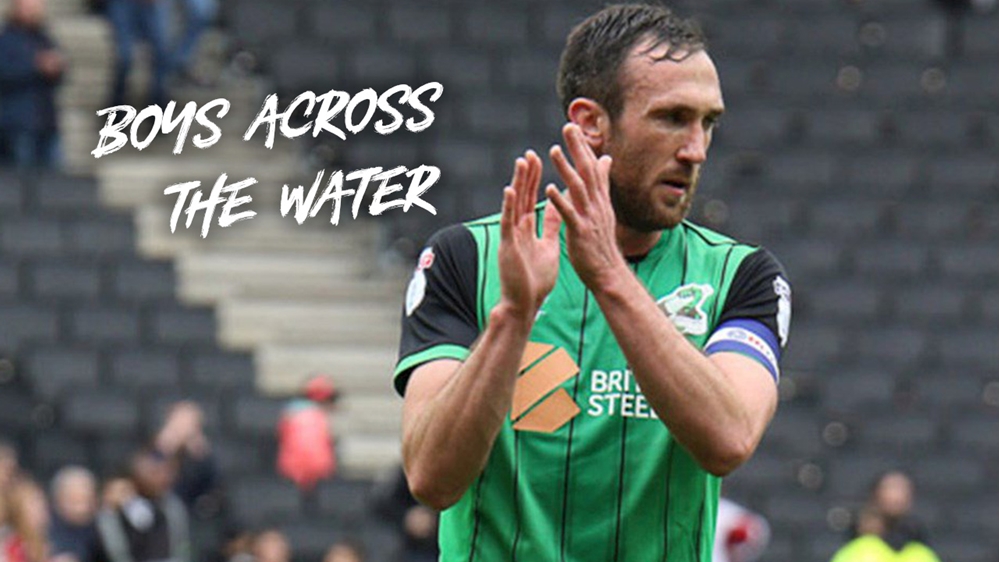 Striker Liam Boyce was again an influential figure as Burton Albion further kept alive their hopes of avoiding the drop from the Championship after a 2-0 home victory over relegation rivals Bolton Wanderers at the weekend.

The former Cliftonville forward, who provided the assist for the Brewers’ opening goal, again earned high praise from manager Nigel Clough for his all-round contribution to Albion’s third successive win.

Clough said: “Boyce was excellent, you see his link-up play, all-round intelligence and everything in creating chances.

“Unfortunately he did get injured for six or seven months and we’ve had to get on without him, now though we’re seeing the benefits, but we hope it’s not too late.”

Burton, who are still in the bottom three but now level on points with 21st place Barnsley, need to get at least a draw in their final game at play-off hopefuls Preston North End next Sunday.

Added Clough: “It would be fitting if Liam did get us a goal next week which keeps us up.”

Meanwhile, after failing to feature in the first team picture at Millwall for the past two months, both Conor McLaughlin and Shane Ferguson came on as substitutes as the Lions play-off hopes ended following a 2-0 defeat at Middlesbrough.

On the goalscoring front, defender Rory McArdle netted his first goal for League One Scunthorpe United who consolidated their place in the play-off’s with a 2-0 success away at MK Dons.

“First and foremost, it is just nice to get that goal as it is important that everyone chips in,” said McArdle who has seven full international caps to his credit. “I haven’t chipped in so far this year so it was good to get one on Saturday.”

Under-21 international captain Liam Donnelly celebrated his return to first-team action with a goal from the penalty spot as Hartlepool United won their final National League game of the season 2-1 at high flying Tranmere Rovers.

The former Fulham defender, who had missed United’s last five matches with an ankle injury sustained while away on international duty, believes that Pools can improve on their final finishing position of 15th next season.

“This win should lay good foundations for us,” declared Donnelly. “If we kick on next season and play like that the there is no reason why we can’t be in the mix and get back in the Football League.

“Tranmere have been flying, they are second in the league so it shows what we can do. We should be challenging in this league. We should be up there.’’

In League One, Doncaster Rovers handed a league debut to Northern Ireland under-19 left-back Danny Amos in the scoreless draw at Oldham Athletic on Saturday.

The 18-year-old, who made his debut for the club in the Checkatrade Trophy last October, impressed Rovers boss Darren Ferguson with his performance and his maturity.

He said: “He was a real outlet for us with the width down the left, and he should be delighted with that performance and it was a reward for the work we’ve done as a club during his development.

“He’s good with set-pieces and his delivery was excellent, we should have probably scored from one or two of them so his display was the most pleasing thing to take away from it.

“I think we’ve had a problem with the balance of the team all season,” added Ferguson, “I felt the game was a good opportunity for Danny to come in as he’s done really well for the development side this season”

It was a memorable day for Accrington Stanley on Saturday after they were crowned League Two champions despite 26-goal Billy Kee missing from the penalty spot in the 1-0 home success over Lincoln City.