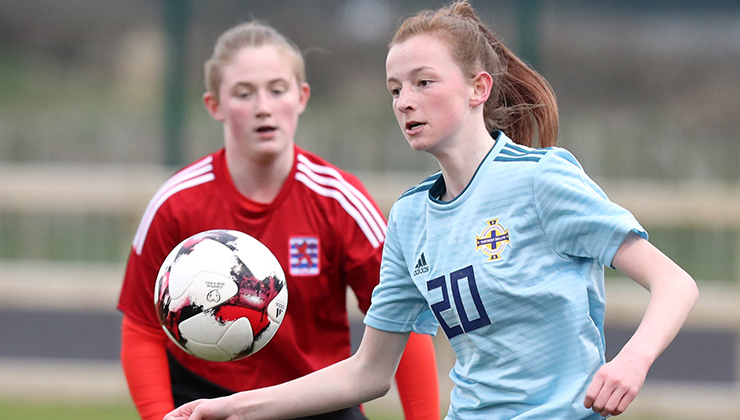 Northern Ireland were on fire in a UEFA development tournament for under-16 girls’ sides which also featured Faroe Islands, Kosovo and Luxembourg.

After hitting five against Kosovo in their first game in the tournament (5-1 win) the girls in green found the going a bit tougher in their next outing against Luxembourg at the Riada Stadium in Ballymoney.

Luxembourg, who had defeated the Faroes 2-1 at Comber Rec’s ground in their opening match, started brightly but it was Northern Ireland who opened the scoring in the 16th minute through Toni-Leigh Finnegan.

Both sides then created chances and it was nip and tuck before Kerry Anne Beattie found the net for Northern Ireland in the 58th minute to seal a 2-0 victory.

The other encounter on matchday two, played at the Blanchflower Stadium in Belfast, saw the Faroes grab a 4-3 win over Kosovo. Sila Augustinussen, Lea Lisberg and Fridrikka Klementsen (two) scored for the Faroes, while Kosovo’s goals came from Dafina Bytyqi, Rrezona Ramadani and Fortesa Berisha.

In their final game of the tournament Northern Ireland got back in the scoring groove when they defeated the Faroe Islands by five goals to nil – and the victory meant they were the overall winners of the competition.

Kerry Anne Beattie was on target for the third, in the 40th minute, and Teegan Lynch got the fourth shortly after.

Howe, who had also scored a double against Kosovo, grabbed her second of the game in the 48th minute to seal the 5-0 win.

In the other game on matchday three Kosovo got their first win of the tournament when they beat Luxembourg 2-1 at the Blanchflower Stadium. Indrita Starabanja opened the scoring for the Kosovans in the 24th minute before Rrezona Ramadani made it three in three games on the stroke of half-time to put them two up. Catarina Teixeira Lavinas pulled a goal back for Luxembourg on 61 minutes but the Kosovans held on for the win.

The tournament was hosted by the Irish Football Association.

Picture gallery: Northern Ireland in action against Luxembourg in the UEFA development tournament for under-16 girls’ sides. 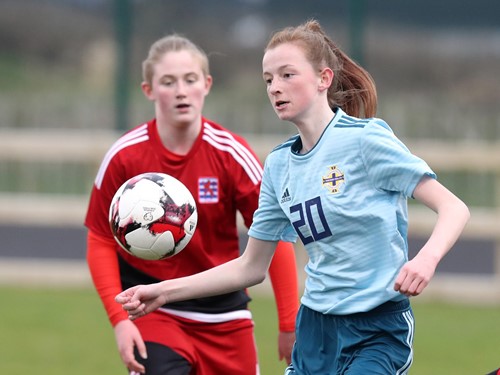 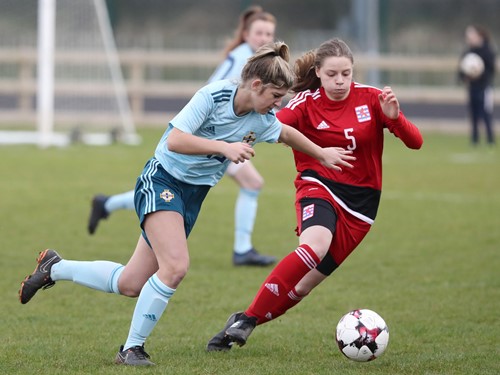 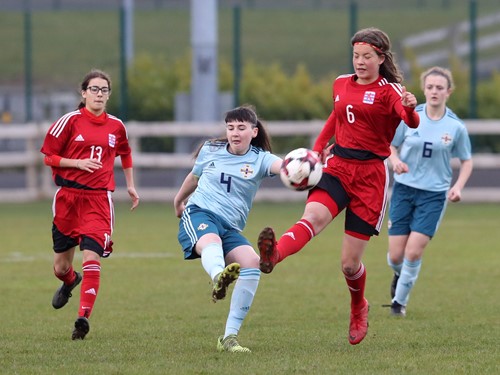 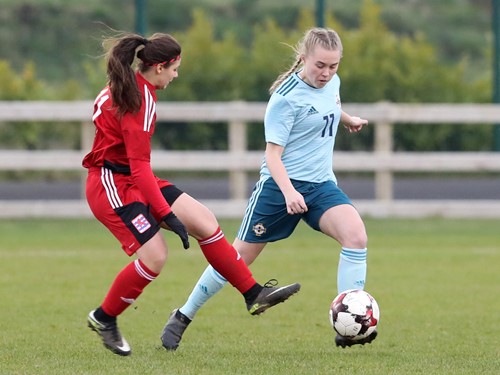 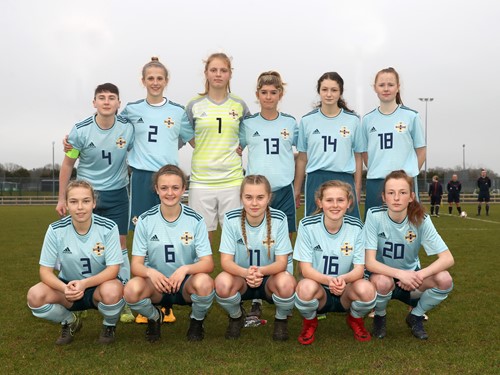