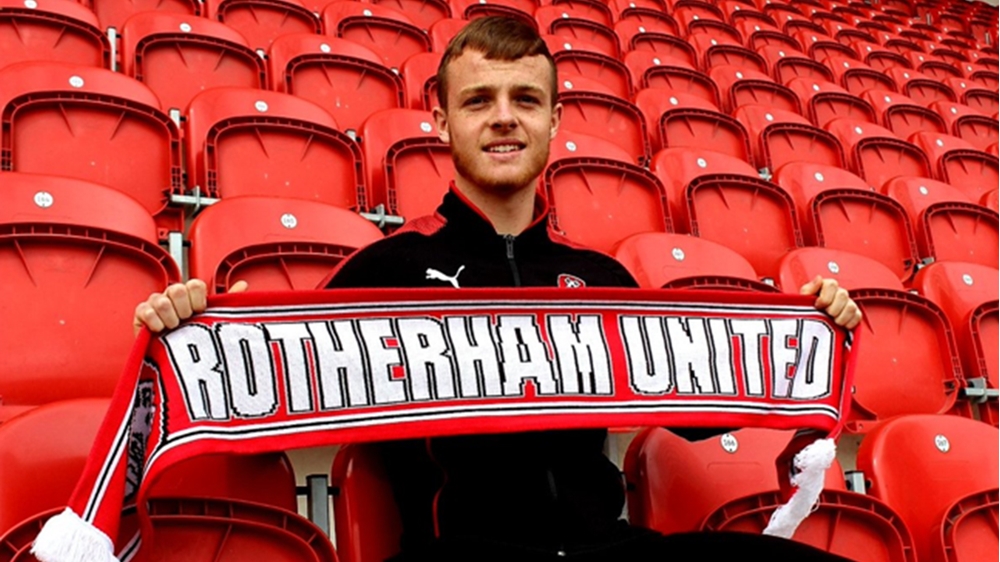 Northern Ireland under-19 international Reece McGinley has penned his first professional contract after signing a one-year deal with the League One outfit Rotherham United.

The 18-year-old forward, who joined the Millers as a trainee in 2016, has been a regular fixture in the Reserves this season and made his first-team debut for the Yorkshire side in a 3-0 victory over Bradford City in the Checkatrade Trophy back in November.

Reece, who is currently on-loan with Evo Stik South side Frickley Athletic until the end of the season, actually spent his formative years at Liverpool Academy before linking up with Rotherham.

First-team/development coach at the League One outfit, Matt Hamshaw, agrees that Reece is a talented player who has the ability to push for a first-team place at the New York stadium next season.

“He’s quite dynamic, he’s quick and he likes to come in off the line,” Hamshaw told the official Rotherham website. “He’s improving with his end product and I think when he first came in he perhaps wanted to beat everybody, whereas now he gets crosses into the box.

“He’s an exciting young lad to watch and somebody who will get people on their feet.

“He’s still got things he needs to work on but he’s a really bright boy, who wants to learn and wants to take information on,” he added.

“Hopefully we can help him progress into the first team now.”

His agent Lee Mudd also added his praise for the striker: “Since coming to Rotherham his progress has been excellent and he has already featured for the first-team this term and is a regular in the Reserves.

“He’s very quick and skilful and is excellent with both feet, he’s an exciting player who likes to beat his man and deliver, which he can with both feet,” added Lee.

“As a person, Reece is very mature and grounded for his age, a well-rounded polite young man who works very hard.”