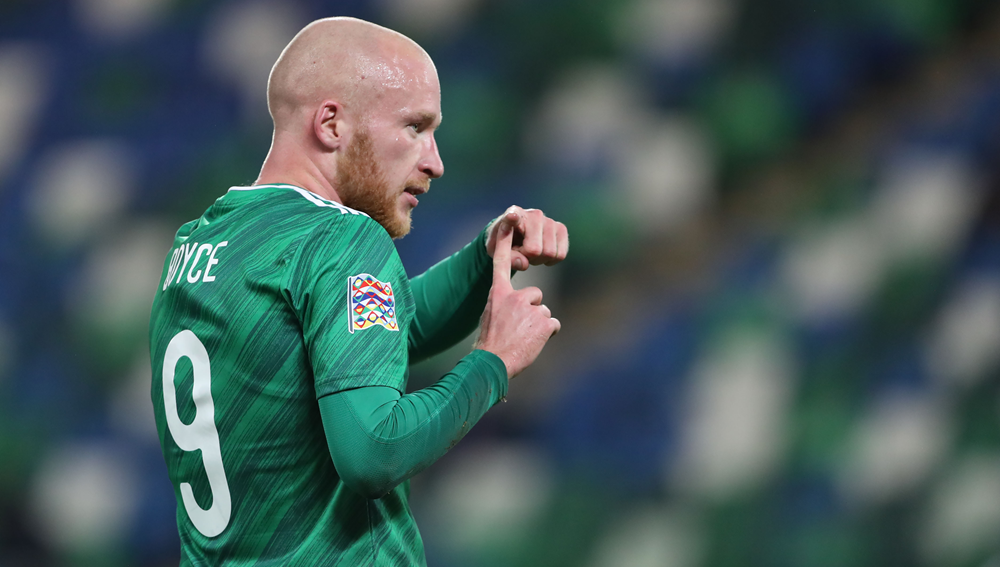 Striker Liam Boyce scored his fourth goal in just three games as Hearts came from behind to beat Ayr United 5-2 at Tynecastle on Boxing Day.

The 29-year-old, who now has seven goals in just 10 outings for the Edinburgh outfit this term, fired home his side’s fifth goal with just nine minutes remaining after Hearts had been trailing 2-1 going into the final quarter of the game.

Meanwhile, in the Scottish Premiership there was a return to first-team action for Motherwell goalkeeper Trevor Carson who had been sidelined for the past two months with a knee injury.

The netminder from Downpatrick started the 1-1 draw at Dundee United at the weekend and admitted he had felt ready to return a few weeks ago.

“I am back a bit quicker than expected,” said Carson. “That's eight weeks since the operation. They said it could be up to three months.

“The knee feels fine and I’ve been telling the gaffer I’m ready for the last couple of weeks.

“I’m well used to it by now, having had a tough couple of years. It’s never easy, but being out for eight weeks isn’t the end of the world - a lot of people have it a lot tougher.

“I’ve been ready for about 10 days now,” added the 32 year-old, who has won eight full caps for his country. “The physio had been reluctant in case I break down but I know my body. I knew I could get through 90 minutes.”

Also back from injury on Boxing Day was midfielder Harry Robinson, currently on loan at Queen of the South from Motherwell, who came on as a second-half substitute for the Doonhammer’s in their 3-1 home defeat to Dundee.

Elsewhere, goalkeeper Conor Hazard recorded a third straight clean sheet for Celtic as Neil Lennon’s kept up their pursuit of Rangers with a 3-0 win at Hamilton, while Ali McCann chalked up another man-of-the-match award as St Johnstone lost 2-1 at Aberdeen.

In the Premier League, Jonny Evans and Stuart Dallas both played the full ninety minutes for Leicester City and Leeds United respectively while Jamal Lewis was used as a substitute in Newcastle United’s 2-0 defeat at Manchester City.

Middlesbrough’s game was called off due to Covid related issues but manager Neil Warnock was still heaping praise on defender Paddy McNair stating he was destined to go to the very top of the game.

“I can’t think of one better, I really can’t,” said Warnock when comparing McNair to others he had managed.

“I keep thinking, but I can’t come up with anyone. I’ve had goalscorers – Taarabt and Moses and people like that, individuals who can do a bit of magic.

“But as a player, as a pro, as a person, I’ve never had a better specimen than this.

“The really exciting thing is that he’ll get better than this too. I’ll be surprised in the next two or three years if he’s not playing in Europe at the very top. He’s the best I’ve ever seen.”

Finally, striker David Parkhouse’s loan spell at Hartlepool United has come to a premature end, according to boss Dave Challinor.

“We’ve allowed him to go back to Northern Ireland to be at home with his family and spend some time with them. He’ll then go back to Sheffield United in the new-year when his loan is up.

“Hopefully he goes back and potentially goes out on another loan, he certainly has the ability to score goals at this level, it just hasn’t worked for him here.”