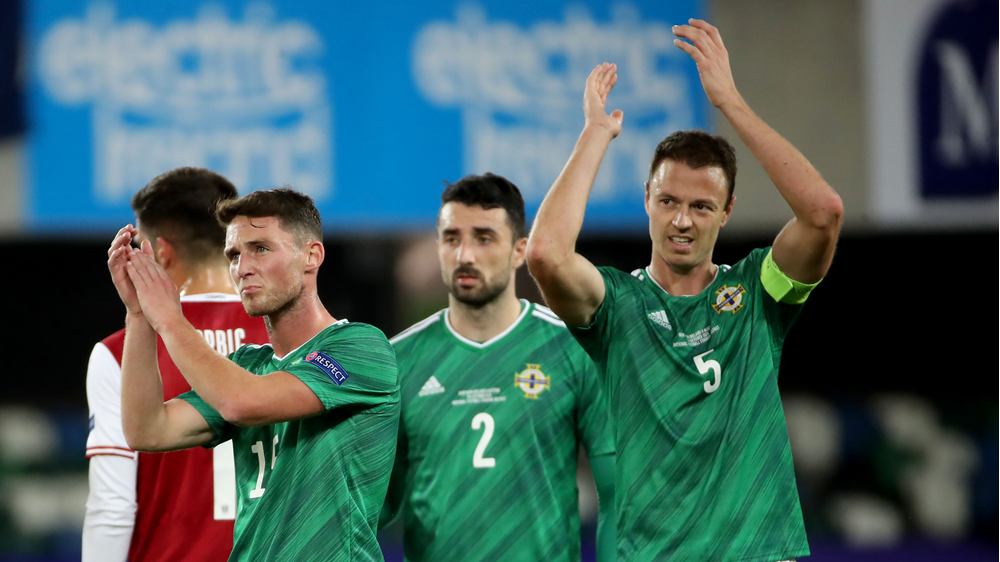 Northern Ireland will be in Pot 3 in today’s draw for the European qualifiers for FIFA World Cup 2022 in Qatar.

The draw, which takes place at FIFA headquarters in Zurich (from 5pm), is for 10 qualifying groups featuring the 55 member nations of UEFA.

In the European qualifiers for Qatar there will be five groups of six nations and five featuring five nations.

Northern Ireland have been placed in Pot 3 out of six pots. Alongside them in the pot are Russia, Hungary, Republic of Ireland, Czech Republic, Norway, Iceland, Scotland, Greece and Finland, which means Ian Baraclough’s side will not be facing any of those countries in their World Cup 2022 qualifying campaign.

They can, of course, potentially face one team from each of the other five pots.

Potential opponents from Pot 2 include Switzerland, Wales, Poland, Sweden, Ukraine, Serbia and Turkey along with Austria and Romania, both of whom Northern Ireland faced in the UEFA Nations League back in the autumn, as well as Slovakia, who last month conquered Baraclough’s boys in a play-off to reach next year’s Euros.

Another team who Northern Ireland faced recently, Bosnia and Herzegovina, are in Pot 4 along with Slovenia, Montenegro, North Macedonia, Albania, Bulgaria, Israel, Belarus, Georgia and Luxembourg. 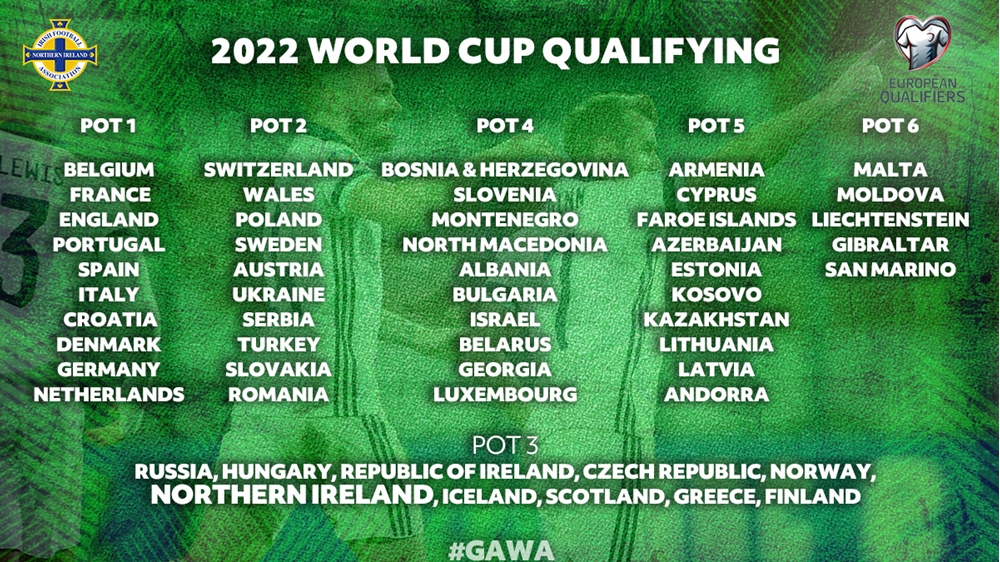 The qualifiers will begin in March with a triple header, while phase two is another triple header in September. Matchday 7-8 is scheduled for October with the final two matchdays in the European qualifiers being staged next November.

The World Cup in Qatar is due to be staged in November/December 2022 rather than over the traditional summer period due to the Arabian Gulf country’s intense heat during that season. It will be the first World Cup not to be held in May, June or July.

The winners of each of the 10 European qualifying groups will compete in Qatar.

The 12 play-off teams will be drawn into three separate play-off paths, each of which will feature semi-finals and a final, with the three winners bound for Qatar.

Due to the ongoing Covid-19 pandemic today’s draw in Switzerland will be a virtual event with no representatives of member nations present.