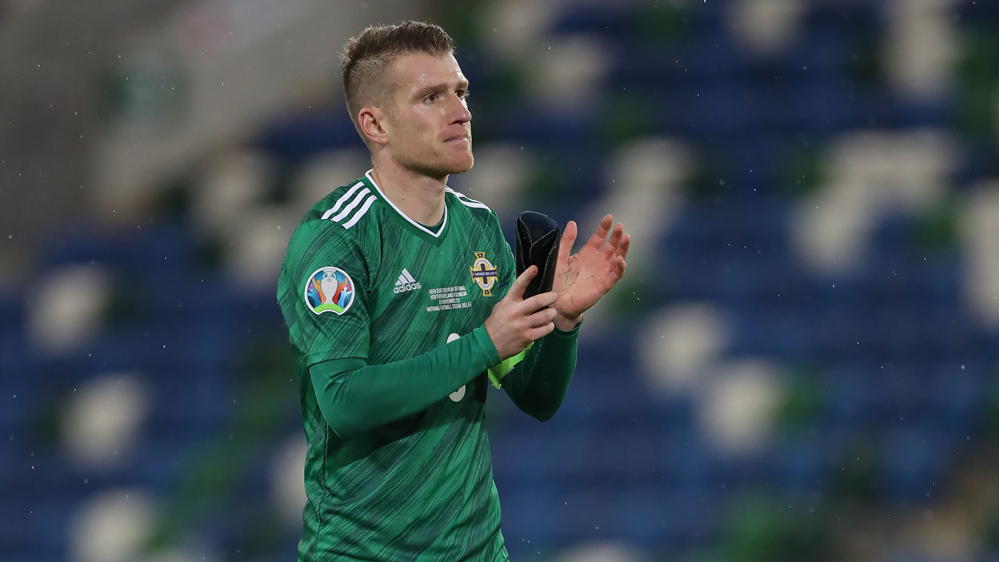 Steven Davis says Northern Ireland will need to get off to a positive start in their qualification campaign if they are to stand any chance of reaching the FIFA World Cup finals in Qatar in 2022.

He admitted Northern Ireland had been handed a “difficult draw” in Zurich this evening when they joined Italy, Switzerland, Bulgaria and Lithuania in European Qualifying Group C.

“There’s no getting away from the fact that it’s a difficult draw. Italy (the top seeds in the group) have been improving in recent years and are building momentum. And they are traditionally a strong nation in the World Cup,” the skipper said.

We have got big results in the past and we can do so again if we play at our maximum. These are great games to look forward to

“We are also facing a difficult opponent in Switzerland. And Bulgaria and Lithuania will be tough as well.”

However, the Northern Ireland captain says the squad will have belief ahead of next year’s series of qualifiers in the five-team group.

“We know we can perform against the bigger nations. It suits us to be underdogs. We have got big results in the past and we can do so again if we play at our maximum. These are great games to look forward to,” he stressed.

On a personal level he is purring at the prospect of coming up against Italy and Paris Saint-Germain central midfielder Marco Verratti.

“I really like him as a player. I would love to test myself against him,” the Rangers midfielder admitted.

Roberto Mancini’s team have gone 22 games unbeaten since losing to Portugal in the autumn of 2018 and Davis is well aware that Italy have many quality players.

He also noted the Swiss are “an efficient team” with several fine players.

“They always perform well and are always there or thereabouts in qualifiers and they seem to get results when they need to. They did well recently in the UEFA Nations League (finishing third in League 1 Group 4 behind Spain and Germany and ahead of Ukraine).

“However we matched them in the second leg of the World Cup play-off back in 2017 and we can take confidence from that.”

The Northern Ireland skipper said he expected both Bulgaria and Lithuania to have “technically good” players.

He admitted he did not know much about either country’s current international teams, but he added: “I know they will make it difficult for us. They will not be easy games, however I have no doubt we will be well prepared.

“Realistically we need maximum points against Bulgaria and Lithuania home and away to give ourselves a chance of progressing from the group.”

He further pointed out: “We need to get off to a good start come March. We can build confidence from good results.” 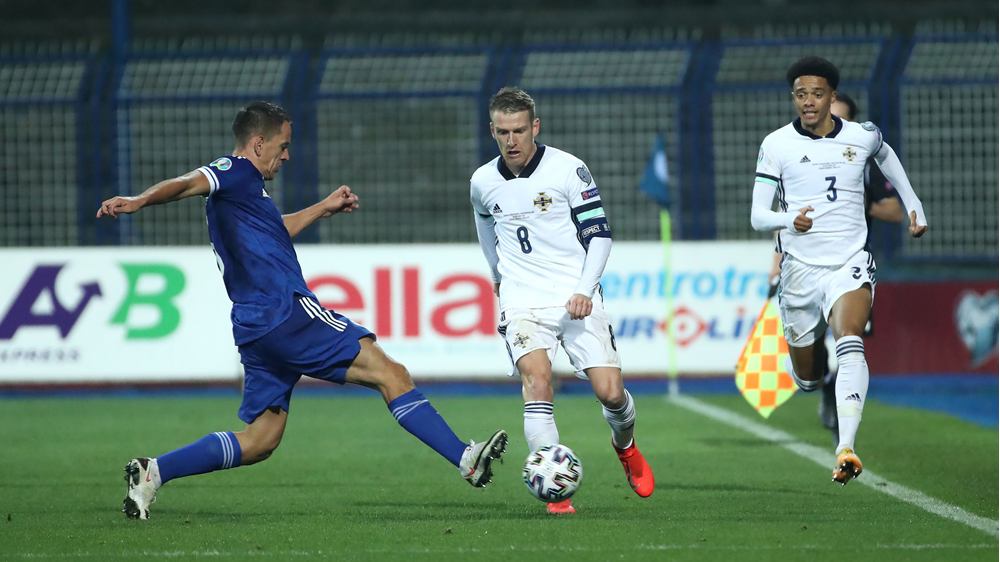