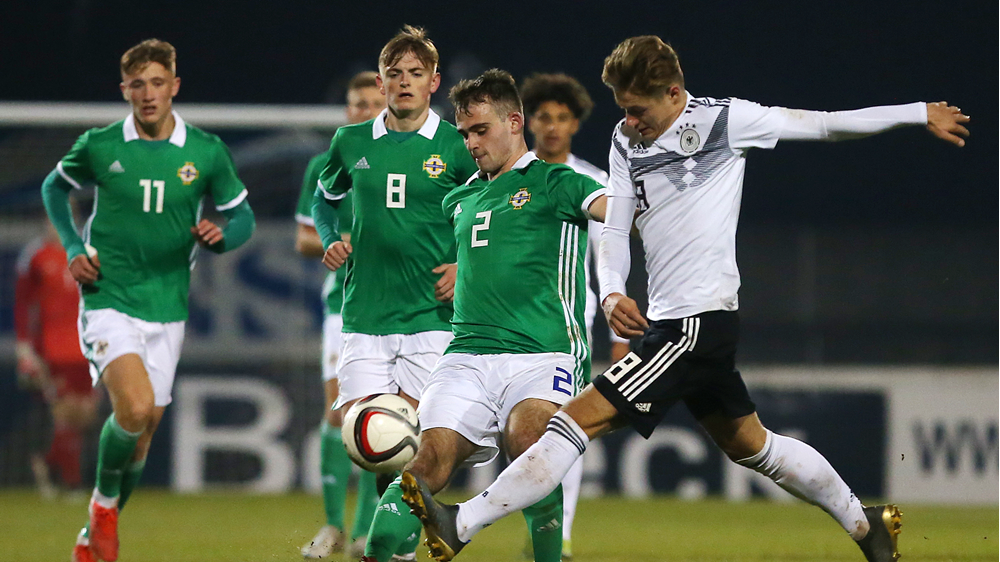 Northern Ireland’s Under-19 and Under-17 men’s teams will return to competitive action next autumn, it was confirmed today.

Earlier today both teams were in the draws for their respective UEFA European Championship 2022 qualifying rounds.

The U19s will face Czech Republic, Denmark and Kazakhstan (Group 13) in a four-team mini tournament in the qualifying round for the U19 Euros. The games will either be played in August/September, October or November next year. The mini tournament hosts are also still to be confirmed.

Slovakia, who will be hosting the UEFA U19 European Championship finals in the summer of 2022, qualify directly for the final tournament as hosts.

In the UEFA Under-17 Euros preliminary round the boys in green and white will face Italy, Scotland and Albania (Group 12).

Matches will be played between 1 July and 16 November next year. Mini tournament dates and hosts are still to be confirmed.

Israel, who will be hosting the UEFA U17 European Championship finals in May 2022, qualify directly for the final tournament.

Both the Northern Ireland U19 and U17 men’s teams are without a manager at present after Stephen Frail, who had looked after both since August 2016, moved to Scottish Premiership side Dundee United as assistant manager back in the summer.