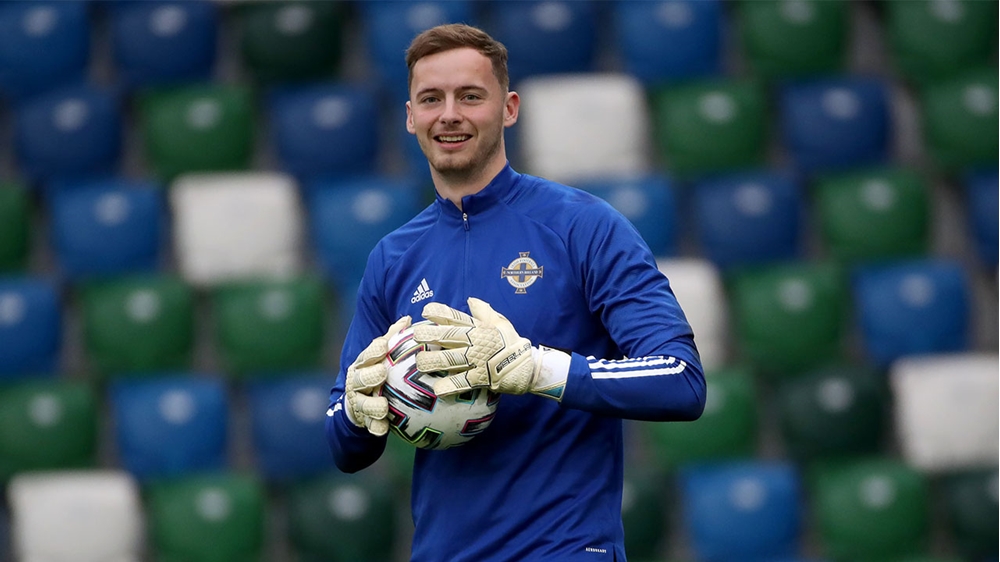 With Neil Lennon’s side leading 2-0 at the break, Northern Ireland striker Liam Boyce got Hearts back into the game with a headed goal early in the second period with the contest eventually ending in a 3-3 draw after extra-time.

In the ensuing shoot-out Michael Smith converted for the Jambos while 22-year-old Hazard, playing just his third senior game for Parkhead outfit, covered himself in glory with two penalty saves from Stephen Kingsley and Craig Wighton

Speaking to the BBC, Hazard said: “I have to thank all of the staff and the manager for putting trust in me which was a huge honour in such a big game. Thankfully, I was able to repay that trust with the two penalty saves.

“We know what the fans expect and how much they drive us towards winning; it is an honour to play for them.

“I want to fully focus on each match, playing week in, week out and hopefully it will come together,” he added. “It’s a momentous day for me and my family, my phone hasn’t stopped, I'm lost for words.”

Meanwhile, in the Premier League, Stuart Dallas scored for the second successive match as Leeds United lost 6-2 to a rampant Manchester United at Old Trafford. 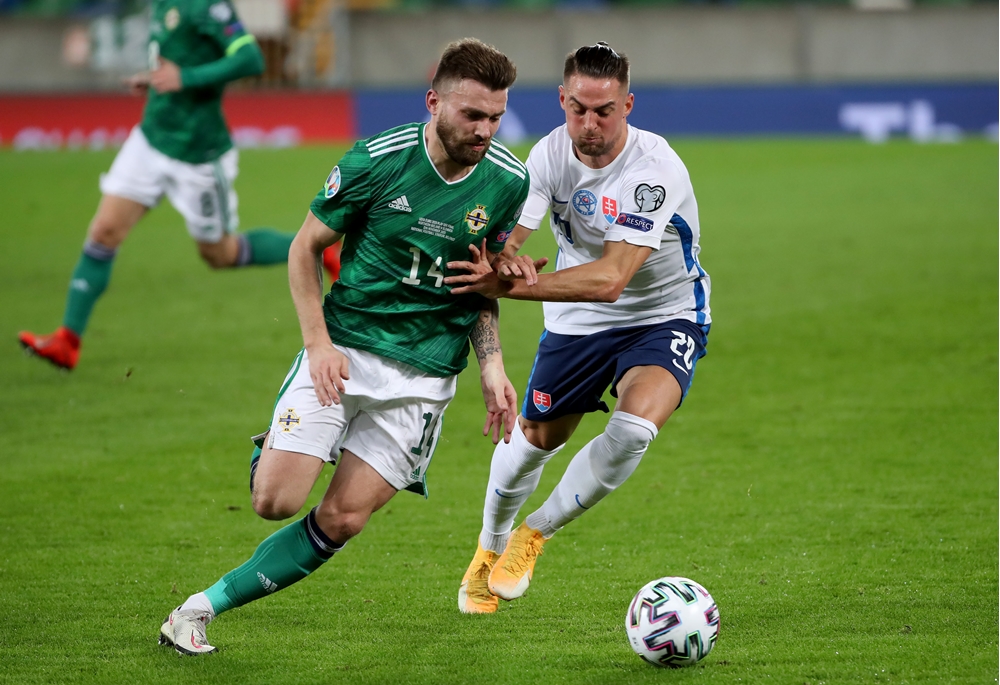 Dallas’ superb strike meant he became the first Northern Ireland player to score at the ‘Theatre of Dreams’ since Jonny Evans’ goal for Manchester United in a 2-1 League Cup win over Sunderland in January 2014.

“We’re disappointed to lose any game,” said Dallas (pictured above), “but to come here and lose the way we did, we’re massively disappointed.

Also on the scoresheet over the weekend was Alfie McCalmont who took his tally for the campaign to four as Oldham Athletic’s recorded a 4-2 success at Newport while George Saville was among the scorers in Middlesbrough’s 4-1 victory over Birmingham City at the Riverside.

“I thought Saville was outstanding and everything that happened in midfield was around him so I’m really pleased for the lad,” said Boro manager Neil Warnock.

In the FA Women’s Championship, Sarah McFadden made her 100th appearance for Durham Women who enjoyed an impressive 2-0 victory at home to promotion rivals Liverpool.

After missing the last four games with a muscle injury, on-loan defender Daniel Ballard returned to the Blackpool line-up to help them keep a clean sheet against an in-form Accrington Stanley at the Wham stadium.

Following the game, Tangerine’s boss Neil Critchley was full of praise for the 21-year-old who is currently on-loan from Premier League outfit Arsenal. “I thought Dan was a colossus at the back and really made it tough for Accrington’s forwards.”

In the U18 Premier League, midfielder Aidan Steele scored his first goal of the season for Crystal Palace in their 2-1 win at home to Birmingham City.

Finally, Rory Holden racked up a hat-trick of assists in Walsall’s 4-3 victory over Port Vale while there were also  assists too for Charlton’s Conor Washington and under-21 international Cammy Palmerwho is on loan at Clyde.