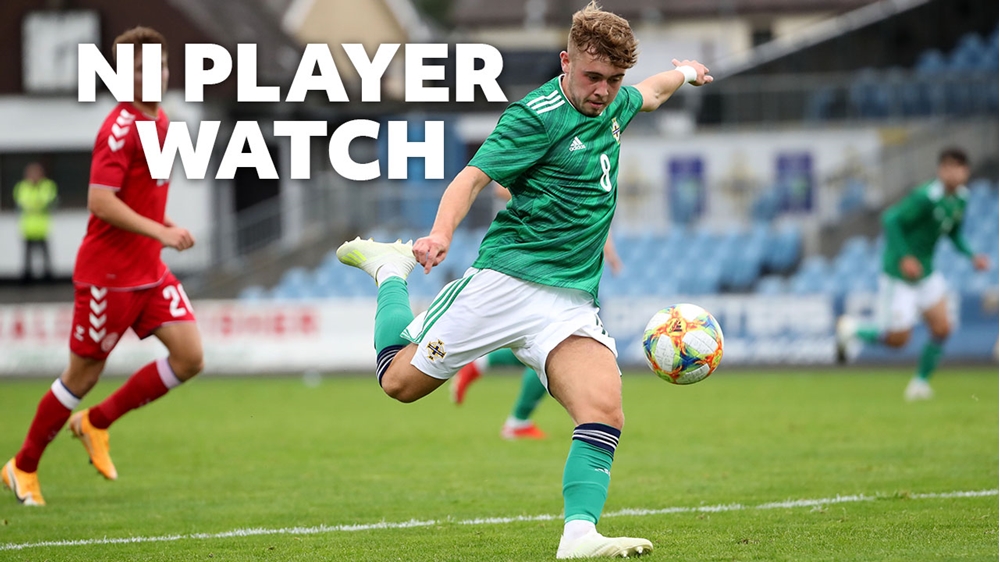 Midfielder Alfie McCalmont took his goal tally to three for the season after scoring the winning goal in Oldham Athletic’s 2-1 victory at Cambridge United at the weekend.

The 20-year-old, who is on a season-long loan with Lancashire outfit from Leeds United, was also instrumental in the opening goal before sealing the points for the Latics with a clinical strike on the hour mark.

Meanwhile, there was a goalscoring return to action for Northern Ireland midfielder Megan Bell who was on target in Rangers Women’s emphatic 9-0 victory over Motherwell in the Scottish Women’s Premier League.

Injury has sidelined the former Linfield Ladies player for the majority of 2020 and the teenager admitted it was great to back out on the pitch after such a long lay-off.

“A win and nine goals, you can’t get much better than that,” declared Bell. “I think we’re starting to really gel and play well together, so we’re delighted.

“It was really special for me to be back on the pitch,” added the 19-year-old. “I feel great, never felt better, it has been a tough eight months but it’s great to score a goal and back doing what I love.” 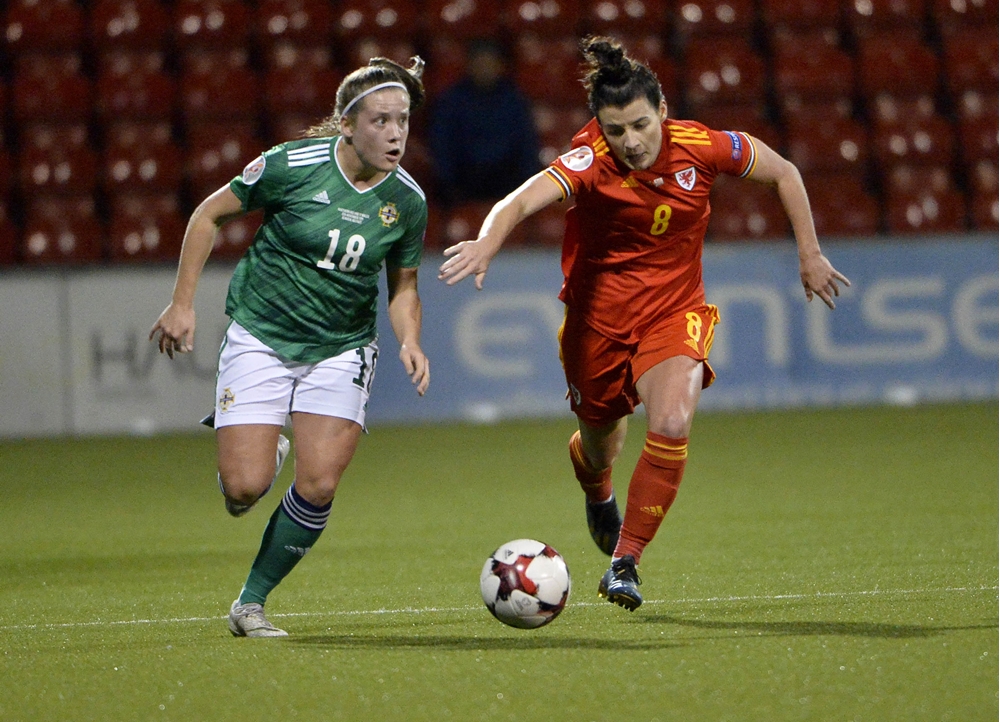 Also on the scoresheet over the weekend was former under-21 international Dion Charles who scored both in Accrington Stanley’s 2-1 home success over MK Dons to extend their unbeaten record to seven matches.

In the Premier League Bailey Peacock-Farrell had to be content with a place on the substitute’s bench following the return from injury of Burnley number one Nick Pope while Stuart Dallas and Jonny Evans both played the full ninety minutes for Leeds United and Leicester City respectively.

In the Championship, winger Shane Ferguson made just his fourth start of the campaign in Millwall’s 1-0 home defeat to Derby County while Craig Cathcart was absent from the Watford side after injuring his hamstring in midweek.

Northern Ireland skipper Steven Davis was again in majestic form as Rangers extended their lead at the top of the Scottish Premiership to 13 points ahead of Celtic following their comfortable 4-0 success at Ross County.

Elsewhere, 18 year-old Sam McClelland made his first appearance of the season for Chelsea U23’s on Saturday after missing the last eight months with an Achilles injury.

The central defender lasted the full ninety minutes on his comeback and admitted it was a huge relief to get back playing football again.

“I picked up an Achilles injury during the first lockdown when I was training back home,” explained the Coleraine native. “It’s one where it still hasn’t gone away fully but I’ve been managing it and playing with it for a while now.

“I want to build on this now and after Christmas get back to playing games regularly again at a good level, continuing to improve and progress towards the senior game.”

In the U18 Premier League, Everton’s teenage midfielder Sean McAllister scored in the 3-2 home defeat to Wolves to register his fifth goal in just ten outings for the club this term.

McAllister still has some way to go to catch former Portadown striker Harry Anderson though, as his brace for Portsmouth U18’s in their 4-2 defeat to AFC Bournemouth took his total for the South Coast club this season to a sensational 16 in just 13 matches.

Finally, there were assists over the course of the weekend for Aberdeen’s Matty Kennedy, Rory Holden of Walsall, Glasgow City’s Lauren Wade and Liverpool Women’s midfielder Rachel Furness.