Jim Magilton: Former international reflects on ‘incredible journey’ as he moves on from Irish FA 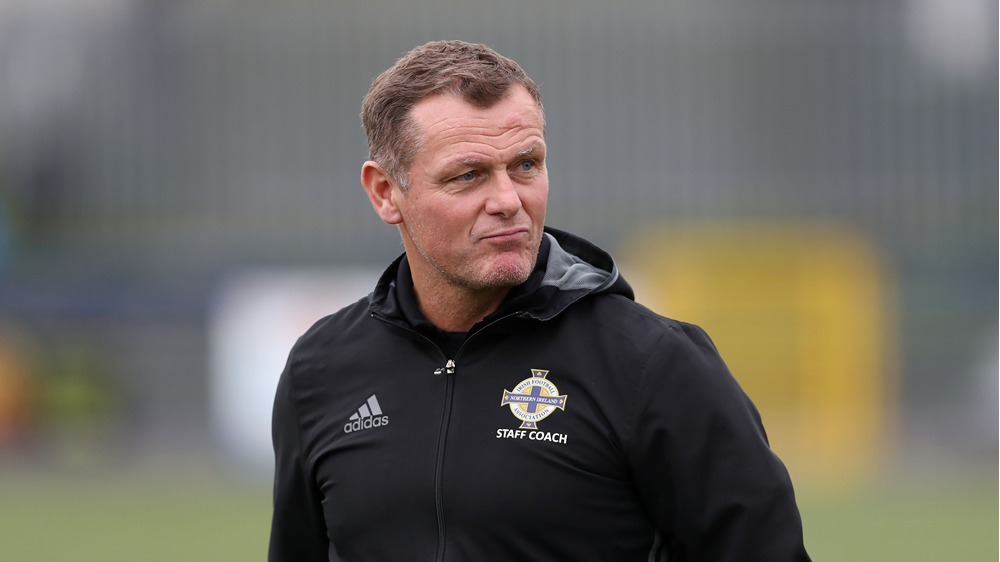 Jim Magilton has stepped down from his role as Elite Performance Director with the Irish Football Association.

The former Northern Ireland international is moving on to join League of Ireland club Dundalk as Sporting Director.

Irish FA Chief Executive Patrick Nelson said: “Jim goes with our best wishes after seven and a half years with the association.

“During that time he has helped us take major steps in both identifying and preparing our young talent for a future in the professional game.

“He masterminded the successful JD Club NI elite player development programme and more recently the opening and operation of the Irish FA JD Academy in collaboration with UEFA at Ulster University’s Jordanstown campus.”

Jim Magilton said he would be sad to leave his role with the Irish FA.

He explained: “Today ends an incredible journey for me both personally and professionally. I would like to thank the Irish FA, and in particular Michael O’Neill, for giving me the opportunity to be a part of it.

“I would like to thank all of my staff, past and present, in both the Club NI and academy programme and the coach education team who have shown me tremendous loyalty and support over these past seven plus years, and for their enormous contribution to the association and development of our young players.

“I have been involved in and enjoyed the most incredible time in the history of the association and I would like to wish Ian Baraclough and the senior squad continued success in the coming years.

“I know that the creation of the academy will help to generate many more great footballing memories for Northern Ireland. We have seen the first green shoots of that work, with the inclusion of Ethan Galbraith in the senior international squad, and I know there will be more. Thank you and good luck.”

Magilton, who won 52 caps for his country, started his playing career at Liverpool before playing for Oxford United, Southampton, Sheffield Wednesday and Ipswich Town.

He managed Ipswich and Queens Park Rangers before becoming Michael O'Neill's assistant at Shamrock Rovers. Prior to joining the Irish FA in July 2013 he also managed Australian A-League club Melbourne Victory for a short period.