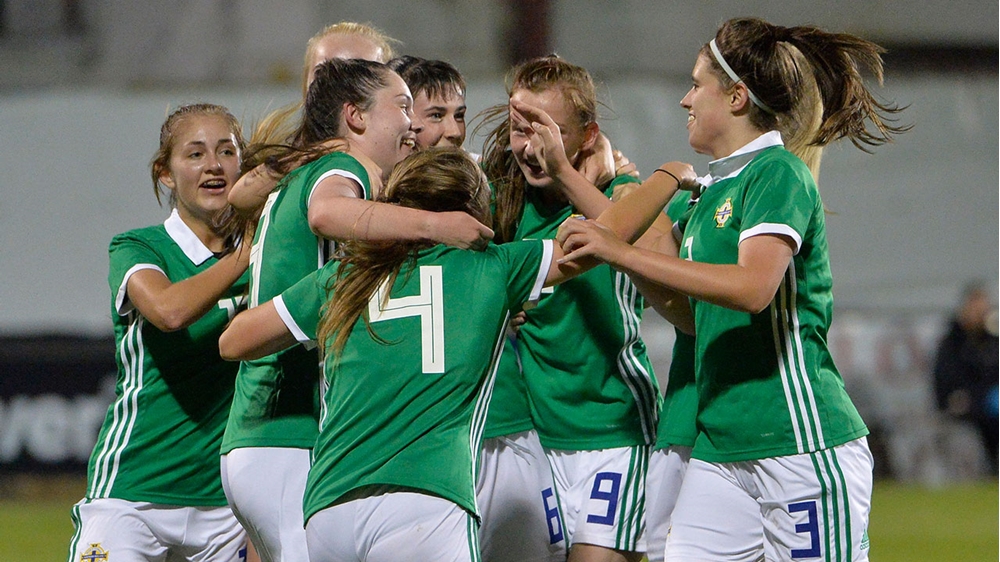 Northern Ireland Women’s U19s secured a narrow victory over Wales to get their 2020 UEFA European Women’s Under-19 Championship qualification campaign off to the perfect start.

A goal from midfielder Jessica Rea was the difference between the two teams in a hard-fought contest at Shamrock Park in Portadown.

Northern Ireland is currently hosting a four-team mini tournament which is a qualifying round for the 2020 UEFA European Women’s Under-19 Championship. Also in action yesterday for the first time in Qualifying Group 5 were Norway and Moldova, with the Norwegians winning the contest at Dungannon’s Stangmore Park at a canter. The final score was 8-0.

There was a lively start to the game at Shamrock Park with Northern Ireland keeper Lauren Perry blocking a Rhianne Oakley effort in the first minute, while minutes later Welsh keeper Olivia Clark saved an effort from Northern Ireland midfielder Beth Smyth.

Welsh midfielder Alice Griffiths and Northern Ireland’s Rea then both shot wide of the target before Clark saved an effort from Caitlin McGuinness and WU19s captain Kelsie Burrows missed a good opportunity.

Clark kept out another McGuinness strike before Danielle Maxwell had an effort blocked, while Perry made a couple of saves as half-time approached.

The Welsh had a few half-chances early in the second period before Burrows came within inches of opening the scoring. Toni-Leigh Finnegan fired in a free-kick which Burrows connected with but her effort rebounded off the woodwork.

Smyth and Maxwell both squandered chances before the only goal of the game arrived on 73 minutes. Casey Howe delivered a corner which Rea steered past Clark.

Perry had to be alert to keep out a Morgan Rogers drive in the 76th minute, moments later Clark saved from Burrows and then Welsh defender Hayley Hoare’s rasping shot was blocked.

The Welsh were dealt a blow on 87 minutes when defender Josie Smith was sent off for a second bookable offence.

Northern Ireland piled the pressure on in the closing stages. Substitute Alexandra Collighan had a shot blocked and Rea’s snapshot drifted wide of the target but they had done enough to secure the victory.

Next up for Northern Ireland WU19s is a game on Saturday against the Moldovans. It is being staged at The Showgrounds in Ballymena (7.30pm), while the Norwegians and Welsh will be in action at Shamrock Park (2pm) on Saturday. 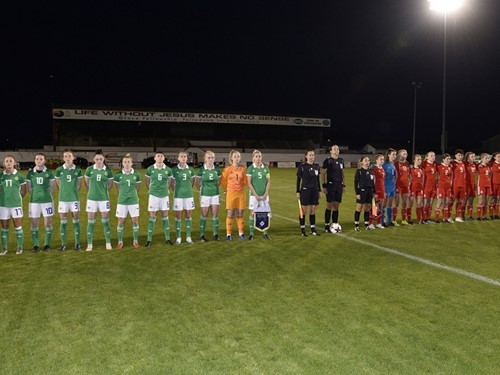 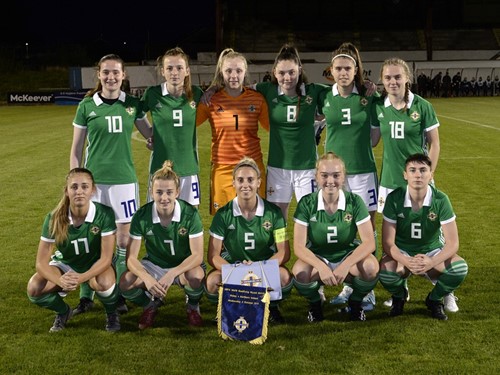 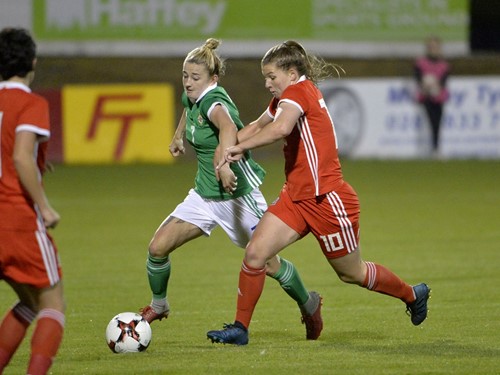 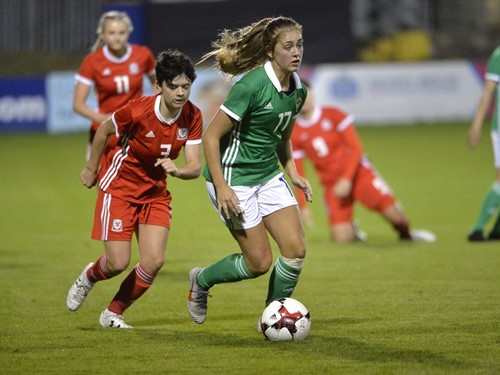 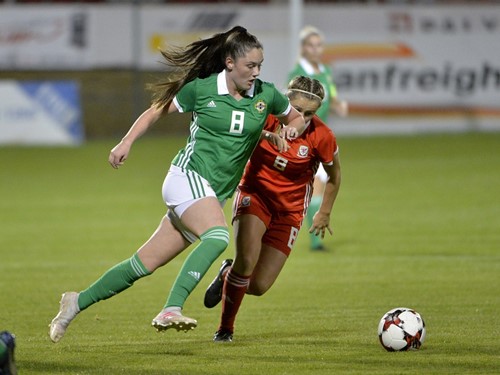 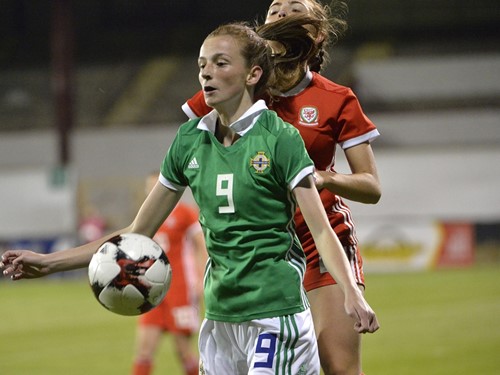 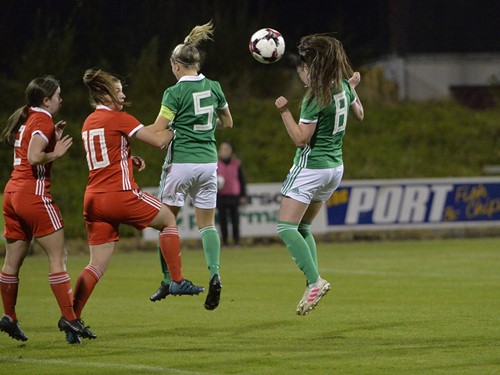