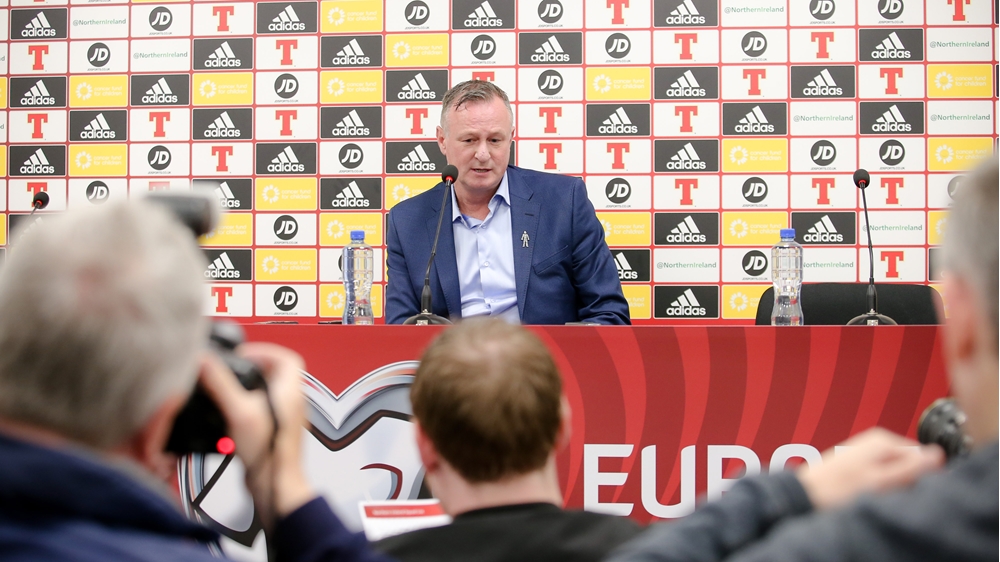 St Johnstone winger Matthew Kennedy is the one new face in Michael O’Neill’s squad for the forthcoming Euro 2020 qualifier against Netherlands and the challenge match against Czech Republic.

And Belfast-born Kennedy is the only uncapped player in the 25-strong Northern Ireland senior men’s panel for the games in Rotterdam on 10 October and Prague on 14 October.

The 24-year-old winger began his career with Kilmarnock before moving to Everton, where he did not make a first team appearance but had loan spells with Tranmere Rovers, MK Dons and Hibernian, and then on to Cardiff City.

He initially played in Cardiff’s first team, however he was then loaned out to Port Vale, Plymouth Argyle and Portsmouth before being released by the Welsh club in June 2018.

In July 2018 he returned to the Scottish Premiership when he joined former Northern Ireland international Tommy Wright’s St Johnstone team, signing a two-year contract, and he has gone on to make more than 40 appearances for the Saints.

Kennedy played for Scotland from U15 to U21 level but has now officially switched allegiance to the country where he was born. He briefly trained with the Northern Ireland senior team last month.

Returning to the panel, meanwhile, is Hearts full-back Michael Smith, who missed out on last month’s games against Luxembourg and Germany due to injury.

And Linfield striker Shayne Lavery, Motherwell midfielder Liam Donnelly and Cardiff City defender Ciaron Brown have all retained their places in the senior squad following their respective call-ups in September.

Norwich City full-back Jamal Lewis has also been named in the panel despite picking up an elbow injury in the Premier League defeat to Crystal Palace at the weekend. 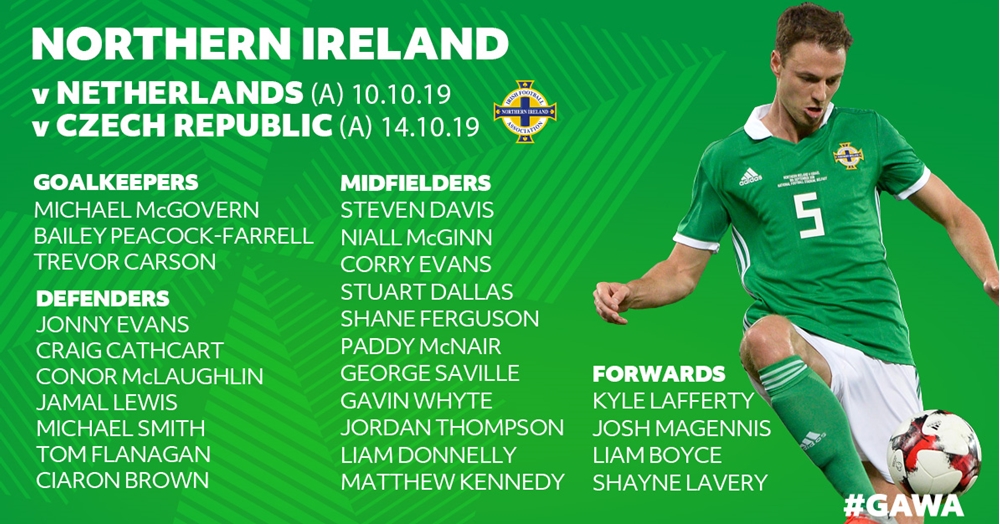