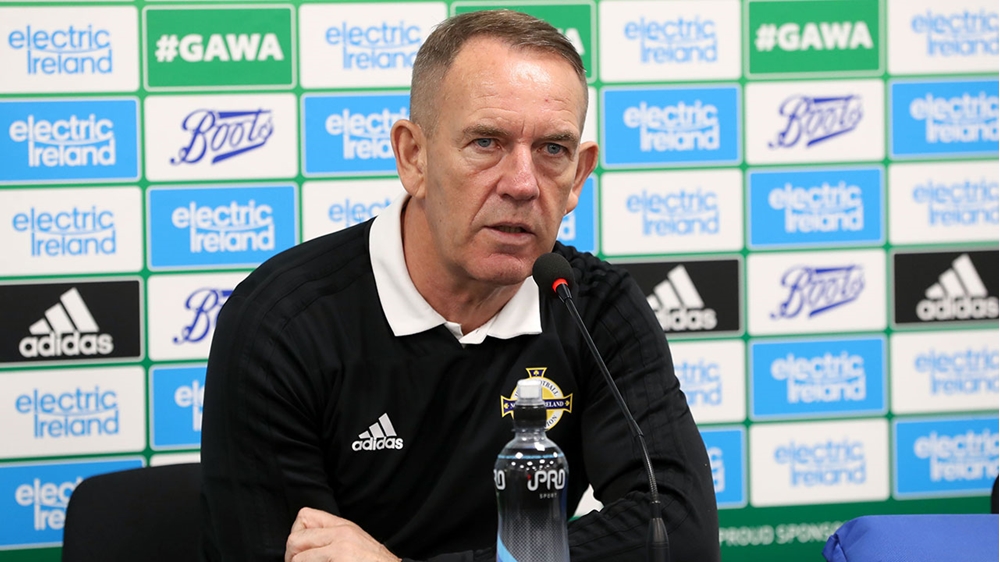 Northern Ireland Senior Women's manager Kenny Shiels wants his side to draw encouragement from their male counterparts in the upcoming UEFA Euro 2021 qualifiers.

Shiels' side next face top seeds in the group Norway and second seeds Wales in a repeat of their opening two qualifying fixtures. They opened with a 6-0 defeat to Norway before a last minute equaliser secured a point in Newport.

After that morale boosting point in Wales, Shiels now wants his side to draw encouragement from the recent performances of the Senior Men after their defeats to Germany and Holland as examples of how to face higher ranked opponents.

Hear more from Kenny Shiels in the video above on new call-up Casey Howe and his words to the GAWA who he hopes will turn up in numbers to support the team as they face Wales at Seaview on Tuesday 12 November with a 7:45pm kick off.