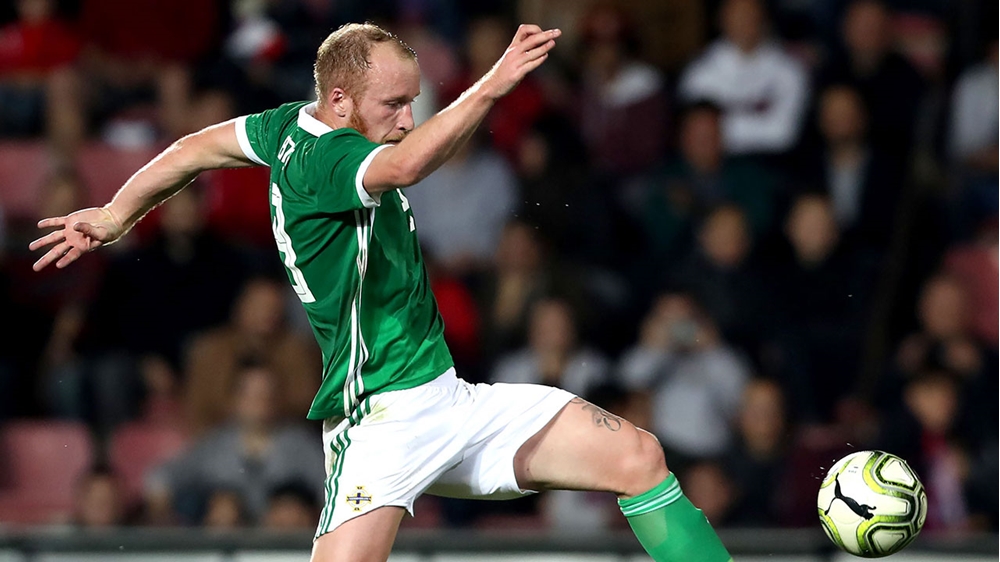 Striker Liam Boyce hit his seventh goal of the season as Burton Albion went out of the Carabao Cup following their 3-1 home defeat to Premier League Leicester City on Tuesday evening.

The former Cliftonville man fired home seven minutes after the break to make the score 2-1, however, the visitors, who had Jonny Evans at the heart of their defence, sealed the game with a third in the closing stages.

Elsewhere in the competition, former Glenavon midfielder Mark Sykes was an unused substitute as Oxford United defeated fellow League One side 4-2 on penalties.

The Black Cats included both Tom Flanagan and Conor McLaughlin in their starting line-up, while striker Will Grigg was introduced as a second-half substitute.

Meanwhile, former Ards defender Josh Doherty was in the Crawley Town team that were beaten 3-1 by Colchester United while there was also disappointment for Craig Cathcart as Watford also went out at the fourth round stage following their 2-0 reverse at Everton.

In the Scottish Premiership last night, Liam Donnelly opened the scoring with a deflected free-kick to record his ninth of the season for Motherwell who moved up to third in the table with a 2-1 victory over 10-man Kilmarnock.

Midfielder Ethan Galbraith scored a stunning volley for Manchester United’s under-21 side who defeated Doncaster Rovers 2-1 in the Football League Trophy during the week.

Also on target in the competition was former Northern Ireland under-21 international Dion Charles who scored his fourth of the campaign as Accrington Stanley eased to a comfortable 5-2 home victory over Liverpool’s under-21 side.