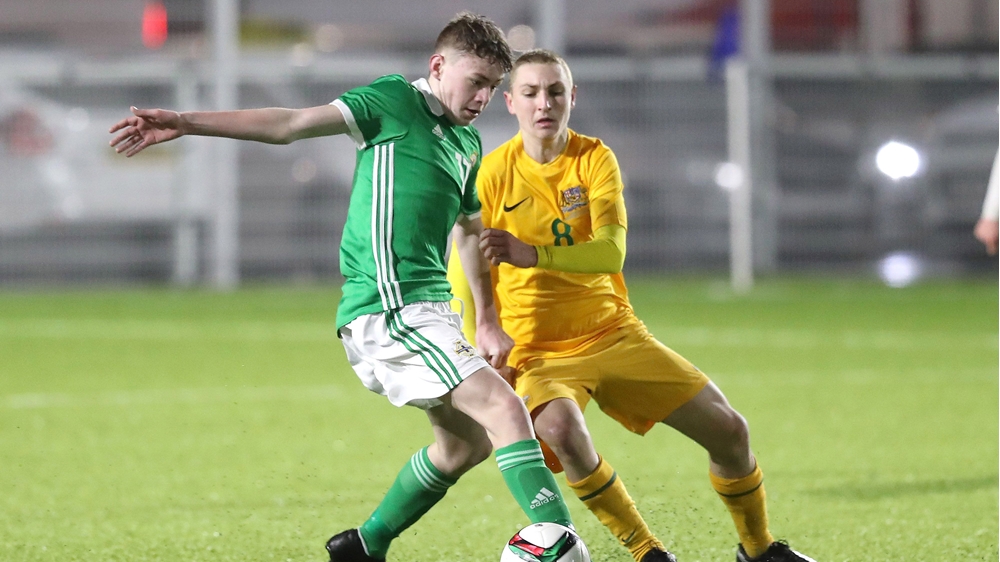 Northern Ireland’s Men’s Under-17s are off to Luxembourg this week to compete in a qualifying round for the 2020 U17 Euros.

A four-team mini tournament hosted by Luxembourg is the first step towards qualification for the U17 Euros next summer. Northern Ireland will be taking on Luxembourg, Italy and Turkey in Group 2.

U17s boss Stephen Frail believes he has assembled a strong squad for the mini tournament. Many of the 20-strong panel have been playing together for years in the Irish FA’s JD Club NI elite player development programme – and several of the players also featured in the Northern Ireland U16 Schoolboys side which won the Victory Shield last autumn.

The first game in the qualifying round is against Turkey on Thursday (24 October) at Stade Henri Dunant in Beggen. Kick-off is 7pm local time.

Matchday two sees Frail’s boys come up against Italy at Stade Municipal in Rumelange on Sunday (7pm start), while they are back at Stade Henri Dunant for their third and final game against Luxembourg next Wednesday (30 October). Again the match is scheduled to kick off at 7pm.

Eight elite round group winners and seven runners-up with the best records against the teams first and third in their pool will join Estonia in the finals from 21 May to 6 Junenext year.

Image: Liverpool midfielder Conor Bradley has been included in Stephen Frail’s panel for the three games in Luxembourg.