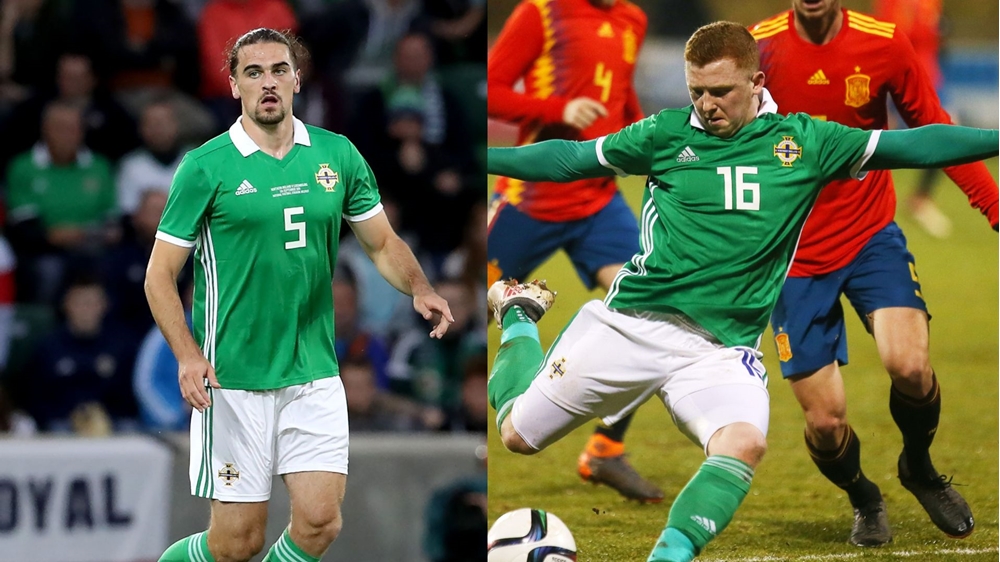 Northern Ireland boss Michael O’Neill has released Linfield striker Shayne Lavery and Cardiff City defender Ciaron Brown from his senior panel to enable them to play for the U21s in Romania.

The pair jetted out of Prague earlier today to join up with Ian Baraclough’s squad, who face Romania’s U21s at the Anghel Iordanescu Stadium in Voluntari on Monday night.

The U21s, who narrowly lost out 2-1 to Denmark U21s in Aalborg on Thursday, have two points from three matches to date in 2021 U21 Euros qualifiers.

Baraclough’s boys began their Qualifying Group B campaign with a home 0-0 draw against Malta and a 1-1 draw with Finland (away) last month.

Michael O’Neill still has 21 players to choose from for the senior men’s team’s challenge match against Czech Republic at the Generali Arena in Prague tomorrow night.

The Czech squad’s tails are up for that friendly following their 2-1 home victory against England in a Euro 2020 qualifier on Friday night – and the Northern Ireland boss is expecting a tough test at the Generali Arena, the home of Sparta Prague (1800 start BST).