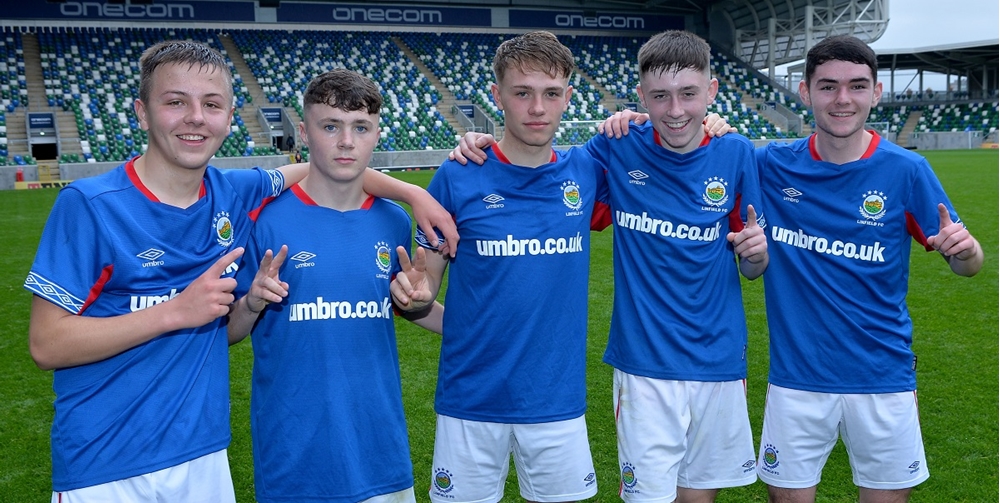 Holders Linfield Rangers kicked off their defence of the Harry Cavan Youth Cup by hitting seven goals without reply past Fivemiletown United U19 at Windsor Park.

Linfield took control of the game from the start and within 11 minutes had taken the lead when Carson Elliott converted from the spot after Jamie McDarby had been upended in the box.

Brandon Lindsay added a second just a minute later when his charge on goal saw him finish confidently into the bottom corner before, nine minutes after that, Elliott who found himself on the score sheet again with a neat finish.

Fivemiletown looked rejuvenated early in the second half with only some poor finishing letting them down in front of goal.

However, Kian Storey extended Linfield's advantage on 51 minutes with a powerful finish from just outside the area into the top corner.

The scoring continued on 70 minutes when Jack Barbour made no mistake after receiving the ball from Billy Joe McQuiston.

Storey, later named 'man of the match' added a sixth on 80 minutes with a 20-yard free-kick into the bottom corner before, three minutes later, substitute Michael McDade rounded things off with a long range finish.