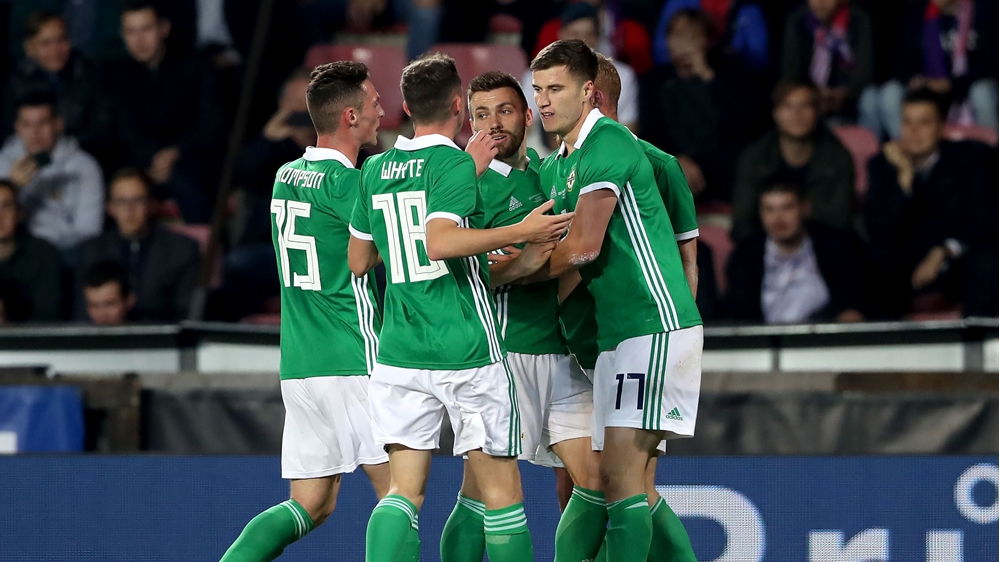 Three first-half goals helped Northern Ireland defeat the Czech Republic 3-2 in Prague this evening and, in the process, record a first away win in a friendly since August 2006.

The game afforded both managers the opportunity to make changes from their competitive outings at the end of last week.

Czech Republic boss Jaroslav Silhavy made ten changes from the side that started in the win over England while Michael O'Neill make half a dozen alterations from the defeat to the Netherlands, calling up Michael McGovern, Tom Flanagan, Conor McLaughlin, Jordan Thompson, Liam Boyce and Gavin Whyte.

The sides traded chances during the initial exchanges with Radim Reznik tested McGovern early on while Boyce turned a Paddy McNair corner into the side netting.

McNair opened the scoring on nine minutes, nipping in ahead of a defender to find the bottom corner after Boyce had delivered a low cross.

It was 2-0 on 23 minutes, with McNair turning provider with a corner which Flanagan turned goalwards only to be blocked but Jonny Evans was on hand to tuck away the loose ball at the back post.

Then, remarkably, McNair doubled his tally five minutes from the break after getting on the end of an inch perfect Steven Davis through ball to confidently take it round keeper Jiri Pavlenka and into the net.

An ideal first 45 minutes for Northern Ireland but there were warning signs that the Czech Republic were a different beast in the second half having made four substitutions when, just a couple of minutes in, Ladislav Krejci sent a curling effort towards the bottom corner but McGovern did well to gather at the second attempt.

The hosts hit back with two goals in as many minutes midway through the half.

On 67 minutes substitute Vladimir Darida reduced the deficit with a powerful strike towards the right corner and although McGovern did make contact he was unable to prevent the shot finding the net.

Sixty seconds later it was 3-2 with Alex Kral suddenly making a contest out of the game with a sublime finish beyond McGovern after collecting a flick from Zdenek Ondrasek.

Chasing the equaliser another substitute, Jan Boril, got on the end of a cross but his shot at goal was blocked by Conor McLaughlin while, a couple of minutes later, Reznik was thwarted by some confident defending by Stuart Dallas.

But, in the end, Northern Ireland held on to secure a confidence boosting victory ahead of next month's vital qualifiers against the Netherlands and Germany.