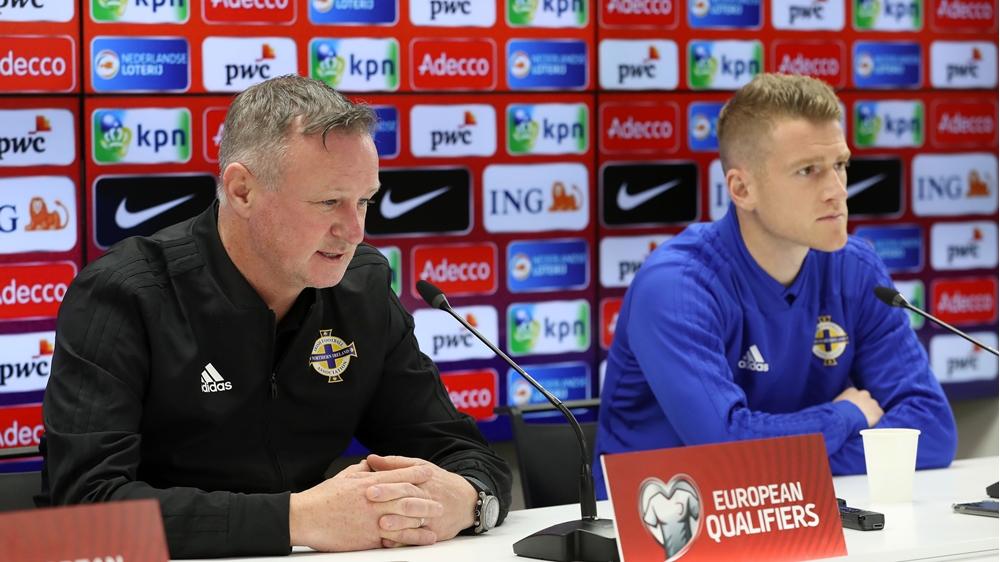 Northern Ireland captain Steven Davis knows how difficult a test he and his team-mates will face against the Netherlands tomorrow evening.

The Rangers midfielder will be up against a familiar face in former Southampton team-mate Virgil van Dijk and has a former boss in the opposing technical area in Dutch legend, now manager, Ronald Koeman.

Hear what the skipper had to say ahead of tomorrow’s huge UEFA Euro qualifier Stadion Feijenoord by clicking on the image above.