Wee Glens come from behind to win in Intermediate Cup 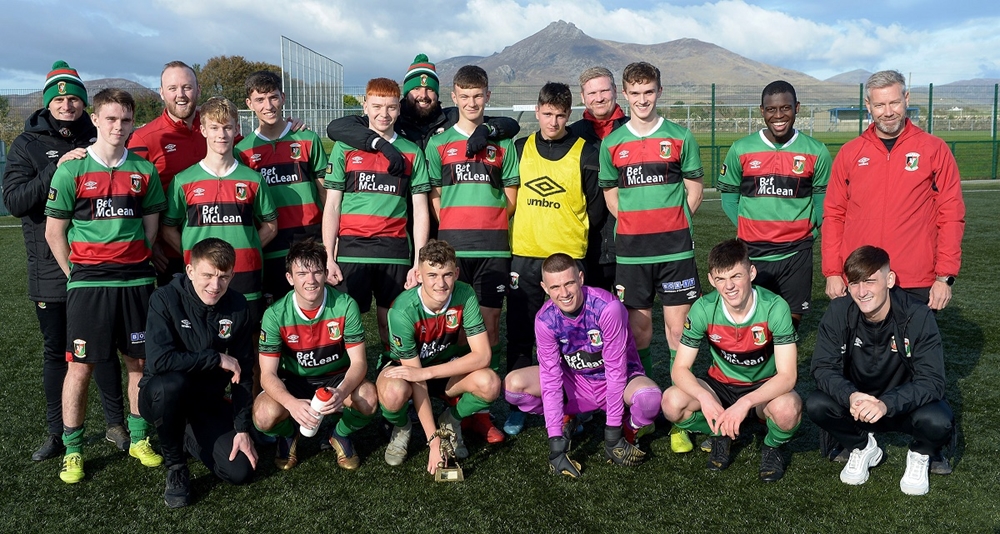 Goals from Benjamin Magee and Salou Jallow helped Glentoran II come from behind to defeat Valley Rangers in the McComb's Coach Travel Intermediate Cup First Round 'tie of the round' at Kilkeel's Bignian Park.

Played with the Mournes as a spectacular backdrop, Rangers settled first and quickly stamped their authority on the game after just six minutes when Steven Patterson volleyed home from around 12 yards after Andrew Graham had backheeled the ball into his path.

Buoyed by this Valley tried to capitalise on their advantage and seemed to be happy and confident in possession of the ball and took the game to the visitors.

However, as the first half progressed, the visitors increasing found their feet and had a good spell of possession only to be frustrated by some poor finishing.

The gusting and swirling wind also played its part, mistimed tackles were increasing and concentration by both keepers was important with high balls testing their handling as both sides had shots on goal but Rangers held their lead going into the break.

The second half was barely 55 seconds old when Glentoran levelled through 'man of the match' Magee who fired a vicious eight-yard volley from an acute angle past David Fitzpatrick in the Valley goal.

From the restart Glentoran looked to seal the win with Seamus Duffy sending a low 20-yard effort just wide of the far post with Magee then seeing a daisy cutting smothered by Fitzpatrick just after the hour.

The Glens eventually moved in front on 70 minutes when Jallow turned home what proved to be winner from inside the six yard box after a powerful header reached him at the far post.

Valley might have levelled soon after when Patterson climb highest to direct a header across the face of goal only to shave past the far post.

Another later effort produced a superb stop from Glentoran keeper Paul McLaughlin but despite Valley throwing everything into the game they couldn't salvage a late equaliser to deny the visitors a place in the next round.