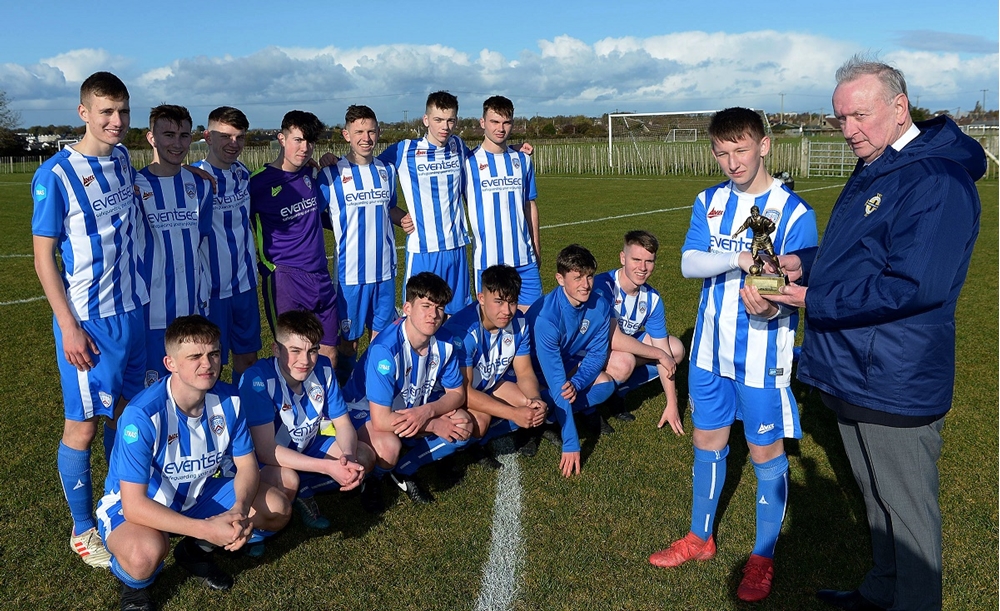 Coleraine U18s blasted their way through to the next round of the Harry Cavan Youth Cup with a double figures victory over neighbours Ballymoney United at the Riada Stadium.

The second round 'tie of the round' was played in bright sunshine, and it took the Bannsiders just nine minutes to open the scoring through Caiolan Brennan's well struck low shot from just inside the area.

Brennan might have doubled Coleraine's lead just before the half-hour mark only to see a spot-kick go past the left upright but, six minutes later, Alexander Gawne did make it 2-0 with a poked finish from around 12 yards out.

Undeterred by his earlier penalty miss Brennan duly added to Coleraine's lead on 38 minutes with a calm side foot finish before claiming his hat-trick with a close range tap in right on half-time.

The scoring continued after the break with Caleb Wan helping himself to a couple of goals, one that bobbled over the line with the second through a crowded goalmouth.

Eoghan Devine was next to find the net on 72 minutes from point blank range, followed swiftly by another penalty with Gawne assuming the mantle but he saw his effort saved by keeper Thomas McNabb.

But, within a minute, Coleraine had stretched their lead thanks to substitute Pierce Quigley who went on a unchallenged run and curled a vicious shot home.

Ballymoney had no response and again left gaps at the back which Wan exploited on 85 minutes when he dinked the keeper off the underside of the crossbar and over the line.

And Wan struck again in the closing moments with his fourth of the game after taking the ball past the keeper and into the unguarded net.